September 3rd. "Quick update, the Händel review samples below are ready and their dispatch will be in ca. 3-4 weeks. In the meantime I'll handle break-in and customer presentations with them. Worldwide nothing is back to normal, neither our parts supplies nor business-related activities such as audio shows. Nevertheless I do my best to maintain product availability even if delivery times have increased significantly and customer demonstrations are limited to German distributor showrooms." In the words of Winston Churchill during other very challenging times, "KBO – keep buggering on". Each in his/her own ways, it's what we're all doing these days. By September 16th, I had a PDF from freight forwarder Dachser. It had been ordered by Björn Kraayvanger of Duisburg's LEN Hifi. That's Ivo's closest dealer who had sportingly made available his demonstrators. At 80 x 60 x 50cm, his half pallet listed at 50kg. Ivo poignantly added that "a pair of Händel is heavy enough where nobody can abscond with it easily. Even if you're not home, they can safely drop it off at your door." Our neighbors are hard-working cattle farmers plus a plumber, a roofer, a digger operator and a retiree growing his own potatoes. None would know what to do with elite monaural power amps had they a bent bone in their bodies. Perhaps as the proverbial boat anchors? The Shannon river is popular after all with salmon and trout fishers. In any event, die Herren Händel would be perfectly safe unattended. Since the load would split in two, so would my back. Though quite compact, these were clearly substantial amplifiers. But then class A of significant power for the breed demanded as much. The obvious alternates to test Händel's mettle would be our Liszt monos for a little duel of the Meistersinger. Their maker rates our French 3-way speakers at ~95dB/W/m. Likely even the class A/B Liszt wouldn't vacate their class A region most of the time. Still, the price discrepancy between Liszt and Händel suggested very obvious differences at the ear. How about those then? 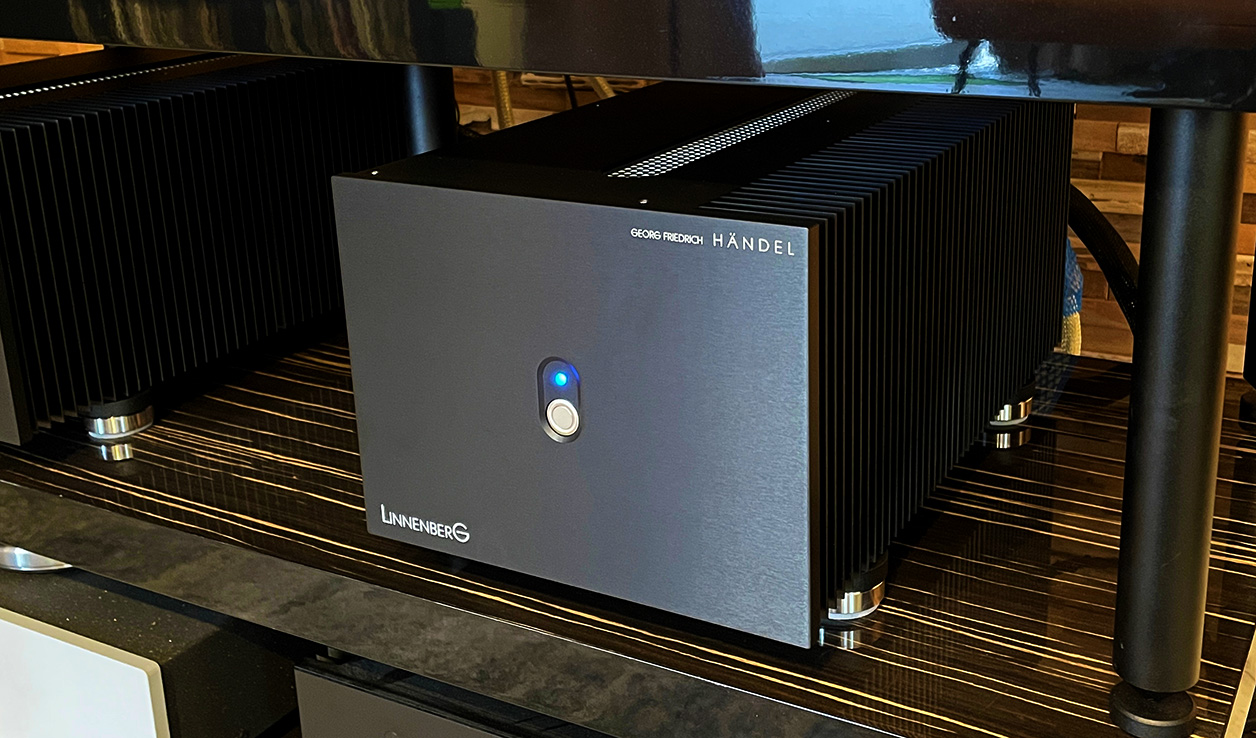 First, a look under the cover.

Anyone expecting a hulking power transformer looks in vain. Once unpeeled from their hard-plastic flight cases, already the very manageable weight—I can barely move about our 30wpc stereo Pass Labs XA-30.8—suggested against the typical class A power supply necessary to field today's ratings. Had Ivo instead minted a switch-mode version tucked behind that aluminum shield?

When in doubt, ask. So I did. For another view on the innards, use the mouse-over enlargement function of the next shot. "Yes this is a modern medical-grade switch mode supply. Several reasons led me to this technology.

"This is what you get on the credit side. What you have to pay or at least invest are a lot of working hours to get this technology running. There are a lot of tricks inside which made this approach feasible for my particular application." 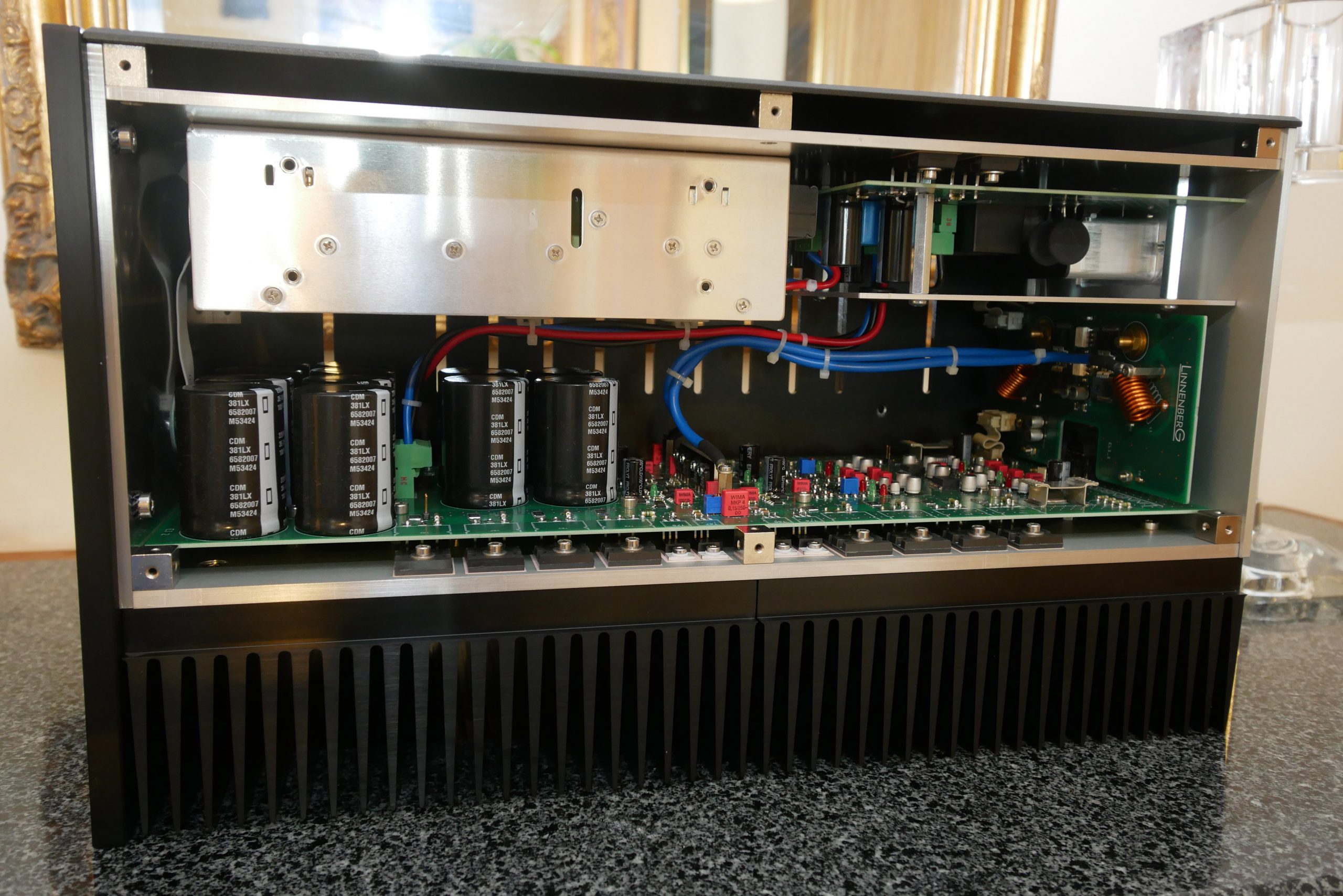 Class A is often considered vintage relative to class D and today's green sentiments. Combining this most inefficient of amplifier classes with a highly efficient switching supply adds a rather modern twist to our amp's retro bias. The more compact casing and lower mass are welcome side benefits to such political correctness. And yes, Herr Händel is also a deep thinker on turning obvious girth around. Though narrow of profile, his corporeal depth is considerable. Liszt is a positively shallow type by comparison. Figure on at least 32cm of shelf reach to support full footer to full footer but it'll take 44½cm for zero overhang. Unlike the earlier outrigger rails, on my production samples those had shortened to move the footers beneath not outside the casing. That tightened up the look too. Unlike a top-heavy narrow speaker which needs a broadened footprint for stability, Händel plants immovable as is.