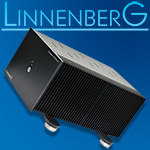 Essex, Southend-on-Sea. It's Exicon's address, home of the lateral Mosfets which Germany's Ivo Linnenberg has built his above amplifiers around. That includes the Widor stereo amp. Then it was Uncle Boris' turn. Hello Brexit with its self-inflicted but serious economic repercussions. Very quickly supply chain and pricing issues began to bollix up the affairs of countless EU firms that had done happy biz with UK suppliers. Now Ivo determined to focus his existing inventory of Exicon parts on the current models but change moving forward. The long-announced replacements for our beloved but discontinued Liszt monos wouldn't be enhanced Widor twins. They'd become new circuits around bipolar silicon. Of course the tenets of the established LinnenberG religion—true balanced operation for isolated ground and distortion cancellation, ultra-high bandwidth and concomitant slew rates, direct coupling—would stand firm. True believers don't change religion due to changes in political wind(up)s. 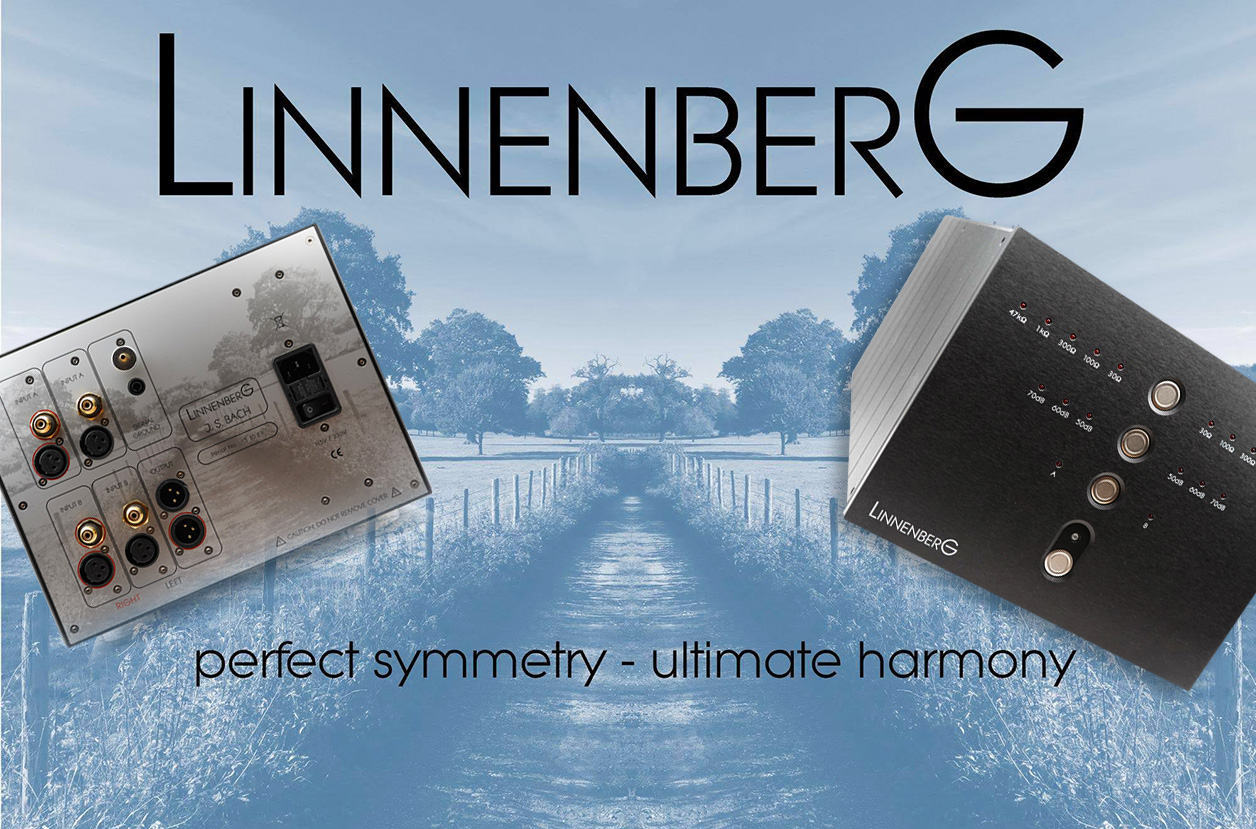 When on an otherwise fine winter morning the acrid smell of hifi napalm mingled with a blinking blue Liszt LED to signal a fault, the amp shipped back out to Germany's Ruhrgebiet for repair. Upon inspection, Ivo explained that one Exicon Mosfet had failed which caused its push/pull mate to overheat and give up its ghost. That then took out two 16A relays but nothing else. My amp in constant use for 3 years otherwise looked "like new inside", testament to brilliant circuit design and effective protection. Whilst the amp was with its maker, I hit up our hifi closet for a short-term replacement which I like very much in our upstairs system. As it turned out, though being vaguely similar in concept and sound to the absentee Liszt, it didn't hack it downstairs. That failure inspired a feature for darko.audio on how a finely tuned system and critical listener live on a crazy razor's edge. It takes precious little to upset their tango. The incident had driven home just how dependent I'd become on Ivo's Liszt for my full listening satisfaction in the main rig.

Having previously reviewed Widor which replaced his catalogue's monos, I'd favored our discontinueds. That should have been my first notice. Our main system had gotten so unseemly enmeshed with the compact silver bricks that even a superior replacement—Ivo and his clients are adamant that Widor outshines Liszt on all counts—felt somewhat out of place. Now even 'somewhat' was more than a snugly bedded-in owner found desirable. This preramble now set the stage for when Ivo and I talked about what had happened to my errand Liszt sample and why. I eventually inquired as to status of its formal monaural replacement. He quipped how that could have my name on it again. Knowing how fond I am of the brothers Franz & Franz, he'd at the time of my Widor review hoped for more enthusiasm. I'd just not quite heard it that way. Were the new monos not based on Widor now my last chance to redress said recalcitrance before Ivo wrote me off as a lost cause? 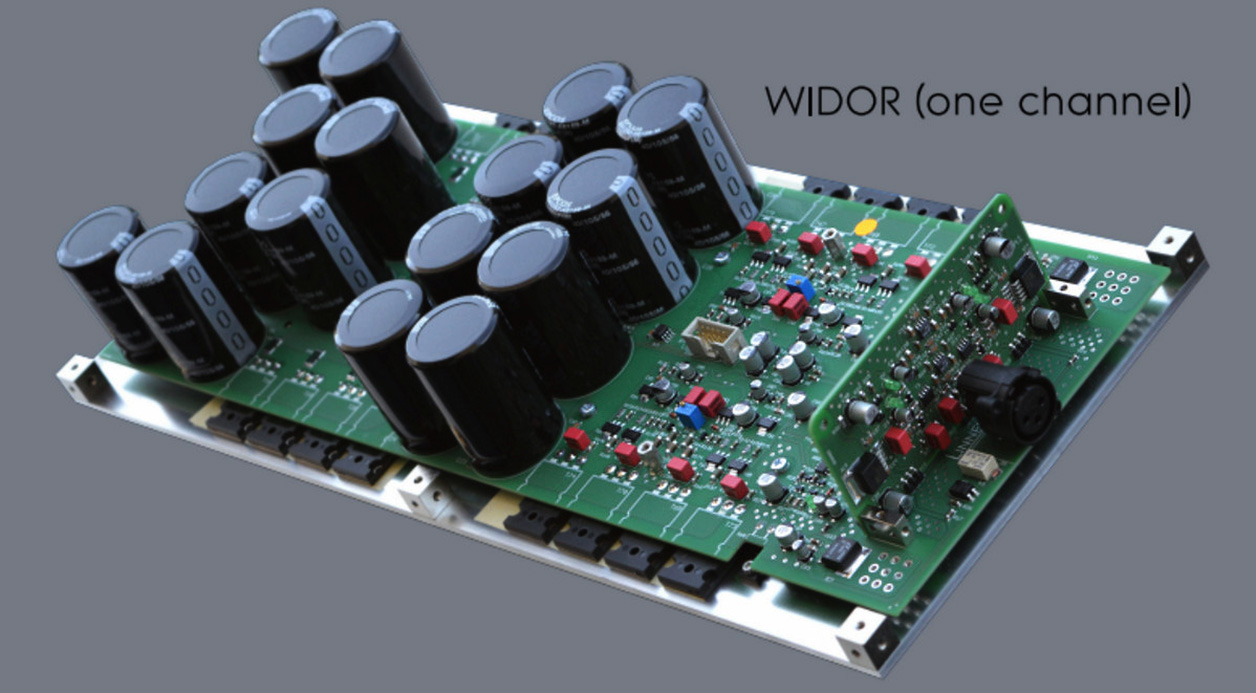 Here are Widor's main descriptions to refamiliarize ourselves with Ivo's design credo in a few easy bullet points:

♦ completely balanced architecture with two identical amplifiers driving the speaker's + and – terminal to relieve the circuit ground from carrying speaker return currents for clean ground potential.
♦ ultra wideband design where the high quiescent current design of the preamp/driver stages enables a ~1.5MHz core speed slowed down only by input and output filtering to match real-word requirements. With filters in place, the small signal and full power bandwidth measures 500kHz. The lower limit is around 0.3Hz. No coupling capacitors throughout.
♦ inherently low A-weighted output noise of 20µV for a S/NR of 126dB equivalent to 21-bit resolution.

When asked whether front-to-back symmetry in a home-based not pro-audio context makes sense, Ivo Linnenberg believes that "the difference is, to put it mildly, drastic". To be sure, this he applies to complete thus unbroken symmetry from source to speaker terminals. Conversions back and forth don't cut it. That's why all of his present circuits are true balanced including any relay-switched resistor-matrix volume controls. In the past, Ivo's naming convention just went for the last names of famous composers. Then full names came to signify no-compromise efforts without any self-imposed pricing restrictions.

By what illustrious name would the new monos become known? Antonin Bruckner? One of the two Richards, Strauss or Wagner? Gustav Mahler? Old Ludwig van? None of the romantics, not even classics. As it turns out, it's Baroque maestro Georg Friedrich Händel who wrote 42 operas, 25 oratorios, more than 120 cantatas, trios and duets, numerous arias, odes and serenatas, chamber music, 18 concerti grossi and 12 organ concertos. With now three triple-name models, LinnenberG's six-deep catalogue splits into twain. There's the single-name triptych of Bizet, Satie and Widor the phono stage, DAC/pre and stereo amp. For the flagship triumphirate, there's Johann Sebastian Bach the MM/MC phono stage, George Philipp Telemann the analog preamp with DAC, Georg Friedrich Händel the mono amp. Ivo's scheme reflects historic continuity by starting with the perhaps ultimate composer of all times and assigning that illustrious name to a phono stage. After all, vinyl remains the original high-end music carrier in a physical format. With Georg Friedrich's birth year of 1685 the same as Johann Sebastian's and his perhaps most famous work called Messiah, the christening of the new LinnenberG monos seems even more fitting. From Wikipedia, "to Beethoven, G.F. Händel was "the master of us all… the greatest composer that ever lived. I would uncover my head and kneel before his tomb. Go to him to learn how to achieve great effects by such simple means"."

As to those means, Ivo's balanced flagship amplifiers now operate… in pure class A!