Starting off again with something deceptively simple set now against a pointillist backdrop, I had the "Andante" from Vivalid's 3rd Clarinet Concerto with Martin Fröst and the Concerto Köln's period forces. It features a chalumeau with modern keys, pure pizzicato backing and a contemporary imagining on what our Baroque Venetian might have written for the clarinet had the instrument been more developed back when. This album on Sony Classical is a groundbreaking addition to the classical blackwood's repertoire; and a masterclass performance. Having spent regular time with it, I knew right away that the LessLoss loom played it quieter, more articulate and quicker than the warmer slightly fuzzier and fatter less adroit Koreans.

Skeptics would question the significance or even audibility of changing a single power cord to one component in a complex system. But swapping eight of them at once meant twelve meters of material difference, sixteen different connector junctions. That should suggest an easily audible shift. But it's easy to underestimate how one's choice of apparently prosaic power cables hiding behind the gear can influence the mood or gestalt of one's playback. The Louis loom majored on very fine detail, adroit articulation, very high separation, silence and unadulterated tone. If each of these aspects is the end of a wheel's spoke, tracing them all back to their center leads to… clarity. It simply had a particular aura or aroma. If you threw "extreme clarity" at me for an instant reaction, I might reflexively respond with "hyper contrast" or "very crisp edges". That's not what the LessLoss flavor was. Its clarity wasn't built on crispness but mellifluence. The Allnic loom was a different kind of soft – robust and chunky, like a muscular athlete perhaps who had grown an outer layer of fat. LessLoss' was about smoothness from relaxed litheness. This manifested as ease, as an absence of effort and showiness. It felt quick, calm, natural and less massive. Faux Vivaldi's pizzicati were more intelligible, the chalumeau's tone more pliant.

That unembellished naturalness and strangely tacit ease didn't equate lack of drive showed a pre-master George Duke Dukey Treats (before any compression was applied to the commercial release). Being very dynamic and viciously percussive, the LessLoss power treatment showed off plenty of pop, slap and bite; just minus the relentlessness that can overwhelm my senses when I play this at reckless funk levels.

This system was obviously built around Allnic's loom to keep my needle in the sweet spot. If I permanently replaced it with LessLoss C-MARC Entropic, I'd make a just small course correction. I'd replace the very airy lit-up quicksilvery Elrog ER50 triodes with Western Electric equivalents, perhaps even an Elrog 300B. Those bottles would add just a bit more body to reset my needle whilst celebrating the new cables' higher resolution and deeper calm over our current bunch. Such comments create extra data points for those readers who've developed an unusually keen sense for our hardware specifics. 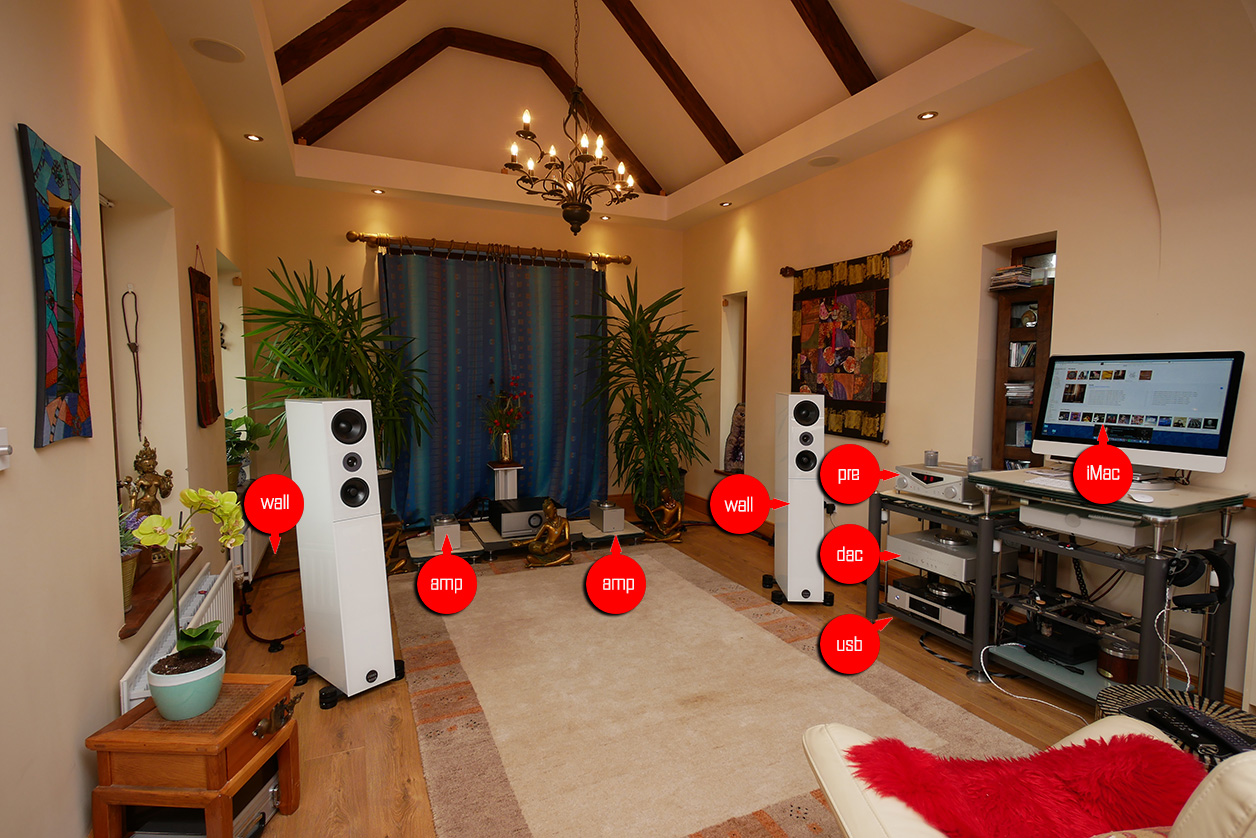 Whilst I considered the LessLoss loom a nice resolution gain over our Allnic brood, even greater gains were had upstairs against our Crystal/Puritan pack. There I sit closer, under a standard-height ceiling and face highly dynamic Mundorf AMT plus omni super tweeters. It means more direct less reflected sound, more speed and directness, intrinsically greater briskness. Here the Lithuanian's more relaxed ease and for lack of a better word naturalness would reap even greater dividends.

Wrap. Having reviewed some C-MARC signal cables, the C-MARC based Firewall for Loudspeakers, a DAC with C-MARC wiring and now the latest Entropic Process C-MARC power cords, there's been a near eerie family resemblance. Call it a design-based leitmotif or DNA which connected them all like pearls on a necklace string. A reduction of noise meant higher resolution, a parallel bleeding out of stress a very peculiar sense of mellifluousness. It's this latter relaxed natural quality which stands out as the USP, the unique selling proposition of this cable tech. It brings to mind the Chinese mystic Chuang Tzu. He famously said that when the shoe fits, the foot is forgotten. Millennia before any hippies, he advised his disciples that easy does it. A later Zen master picked up the thread with sitting silently doing nothing, spring comes and the grass grows by itself.

Translate that to a sonic attitude or gestalt. Voilà, the feel, action or laissez-faire effect of the LessLoss C-MARC loom. After about two days, not only did it stabilize and blossom but in that period covered a lot more ground than usual break-in seems to. Never mind the definition of entropy which calls it a gradual decline into disorder. Louis Motek's entropic process was the opposite: a rapid ascent to perfect order. Very well played!

LessLoss comment: On behalf of everyone here at LessLoss who worked so hard to develop this high-performance power cord, I'd like to thank 6moons publisher Srajan Ebaen for pointing out the strengths of our achievement. Indeed, everything we do here at LessLoss has always been about minimizing the 'Hi-fi' type electronic tinge in the sound; and maximizing the human expressive effort of the original artists. This requires lowering the noise floor while not influencing any of the natural dynamic content. That is always the hardest path for any design to follow when embarked upon earnestly.

From a design perspective, it is quite easy to find ways of creating short-lived listening excitement. But ultimately this approach results in disappointment given longer listening sessions as the coloration proves itself to be noticeably unnatural. As we strive earnestly to continue to perfect this art, it becomes harder and harder to outdo our prior achievements. It's a pleasure to receive acknowledgement of these efforts and we are grateful for this independent review. – Louis Motek, LessLoss Audio