For now I didn't know. It would require further investigation and different triangulations. But the most prominent personal upshot from this assignment was that I learnt something unexpected but very valuable. In summary, without direct experience, it's very easy to label the C-MARC Firewall 64X typical snake oil hidden in a wooden box that's stuffed with things most people won't ever bother to read about  However, its audible action is what naysayers might find truly troublesome. All it takes is to plug one in and have a listen. Simple, innit?

The LessLoss C-MARC Firewall 64X is built to last, looks nice and is very manageable as far as its compliance with other products goes. Visual assurance of where all the money went is modest at best so if you're not sold on spending four figures on it and are keen on soldering, today's core tech for DIY applications can be had for far less and the fully assembled regular Firewall 64X isn't too far off. Still, any preconceived notions towards this and similar product must be tackled first. That's crucial before going down the silent Lithuanian route.

The LessLoss C-MARC Firewall 64X at first seemed to be a universal additive aimed at financially capable enthusiasts who have everything else sorted already. Sonic improvements without altering an existing system's overall tuning were clear indicators of a job well done; in fact well enough to encourage you to try for yourself either today's noise killer or any of its more affordable kin even if just for the educational sake of witnessing how beneficial an injection of greater silence can be for your components. 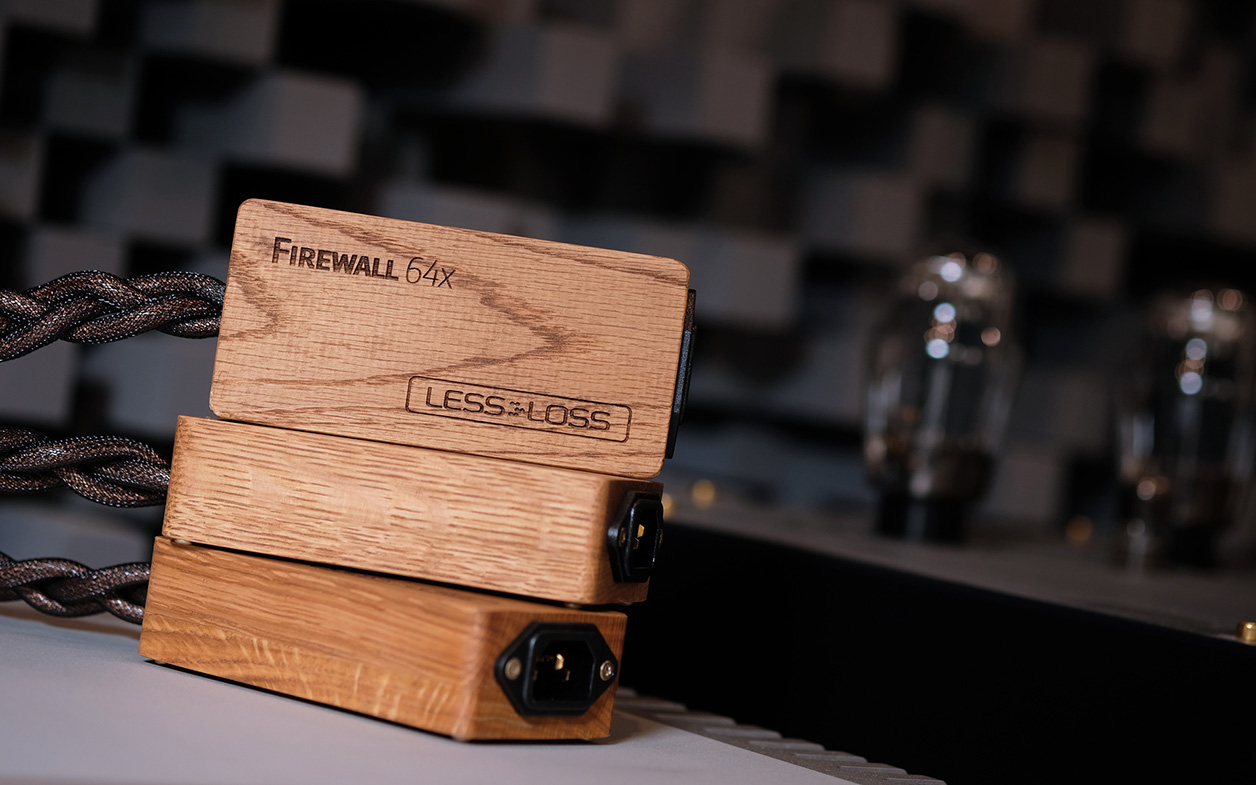 Most important to me personally? As a link between my DAC and power cable connected directly to the wall, the LessLoss C-MARC Firewall 64X was profoundly effective and simply superb if also very much unexpected. Used in that way, it surely has what it takes to dethrone many full-sized costly power cleaners as long as one is prepared to do without their surge protection and multiple outlets.