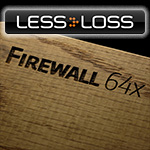 in October 2019 on HifiKnights.com. By request of the manufacturer and permission of the author, it is hereby syndicated to reach a broader audience. All images contained in this piece are the property of Dawid Grzyb or LessLoss – Ed. 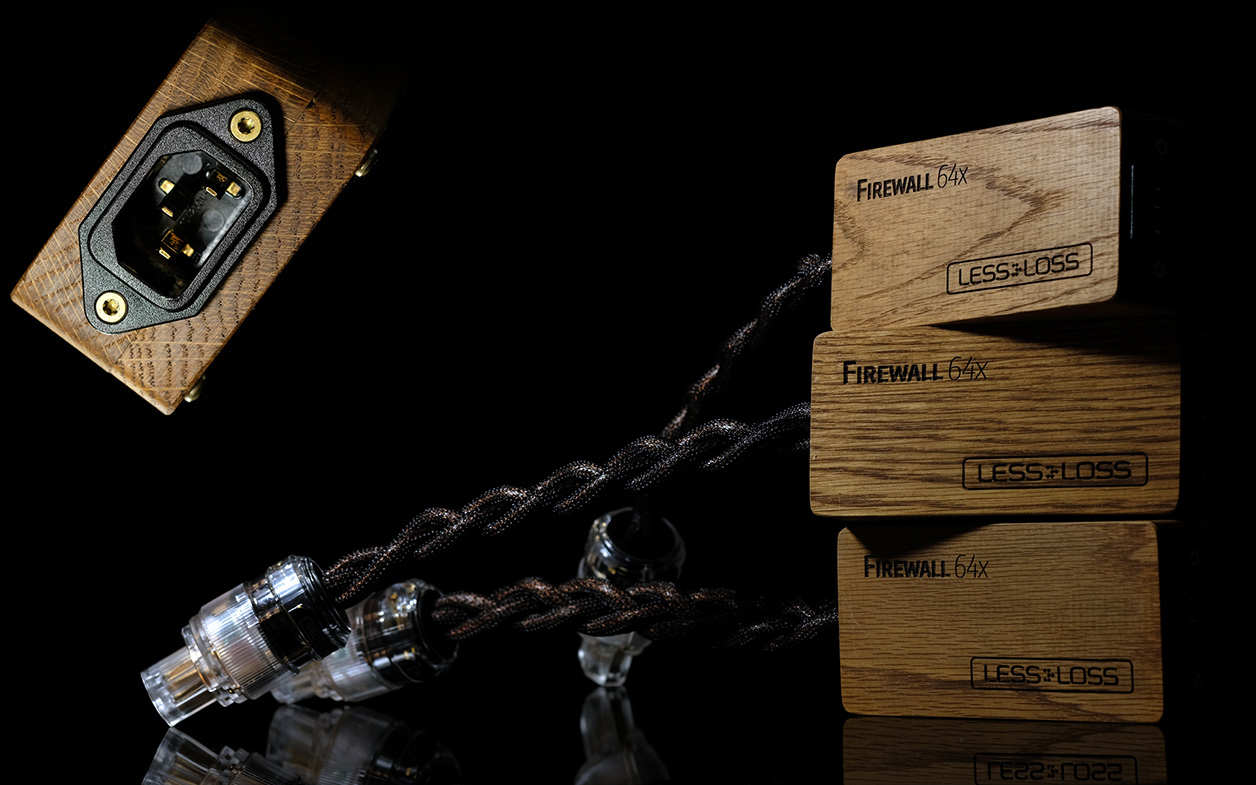 The power lines of most households are plagued by noise. That makes them a fundamental focus for hifi improvements. Today we're all about maximizing that aspect with the very unusual LessLoss C-MARC Firewall 64X noise killers. For starter I'll assume that you're no novice. You've got your room acoustics sorted and a cozy listening chair on duty. You've got your primary hardware on a proper rack. You run a separate power spur for your hifi plus AC conditioners. Your cables are sorted. Done?

Hello. My name is Dawid. I'm a hardboiled audiophile.

Hardly. Audiophilia nervosa never disappears. It's been telling our man since day one to keep pushing forward, upward, deeper into debt. Early on the audio route is quite straightforward but at some point, one rethinks and re-evaluates all the hardware thus far acquired. That's part of the game. Now it's either sayonara to one or two critical pieces or, if the wallet protests, the hunt is on for more affordable upgrades. Or could it be time to finally hang it all up and just appreciate well-deserved audio retirement? That's possible but for today, let's resist and not go there. Today we're keen to improve what we've already got. Here those solutions which relate to cleaning up our power are most potent and promising. That's where Lithuania comes into play. The LessLoss C-MARC Firewall 64X is a passive filter designed to add itself onto your existing power cords. The firm's goods are known for utmost transparency rather than voicing and today's might just follow suit. If so, that fact combined with universal utility could just be what our audiophile has been searching for?

On their site, the C-MARC Firewall 64X files away under the 'conditioners' tab where it is labelled as a 'current conditioning unit'. Such a naming is neither new nor mysterious though power conditioners usually are far bigger boxes capable of handling several devices at once. Nonetheless, this product was designed to do the same core job, namely improve our power feed by stripping it off pollution before it infects our gear. The goal is common to the industry but just how one goes about it is where manufacturers beg to differ. And LessLoss certainly do differ. 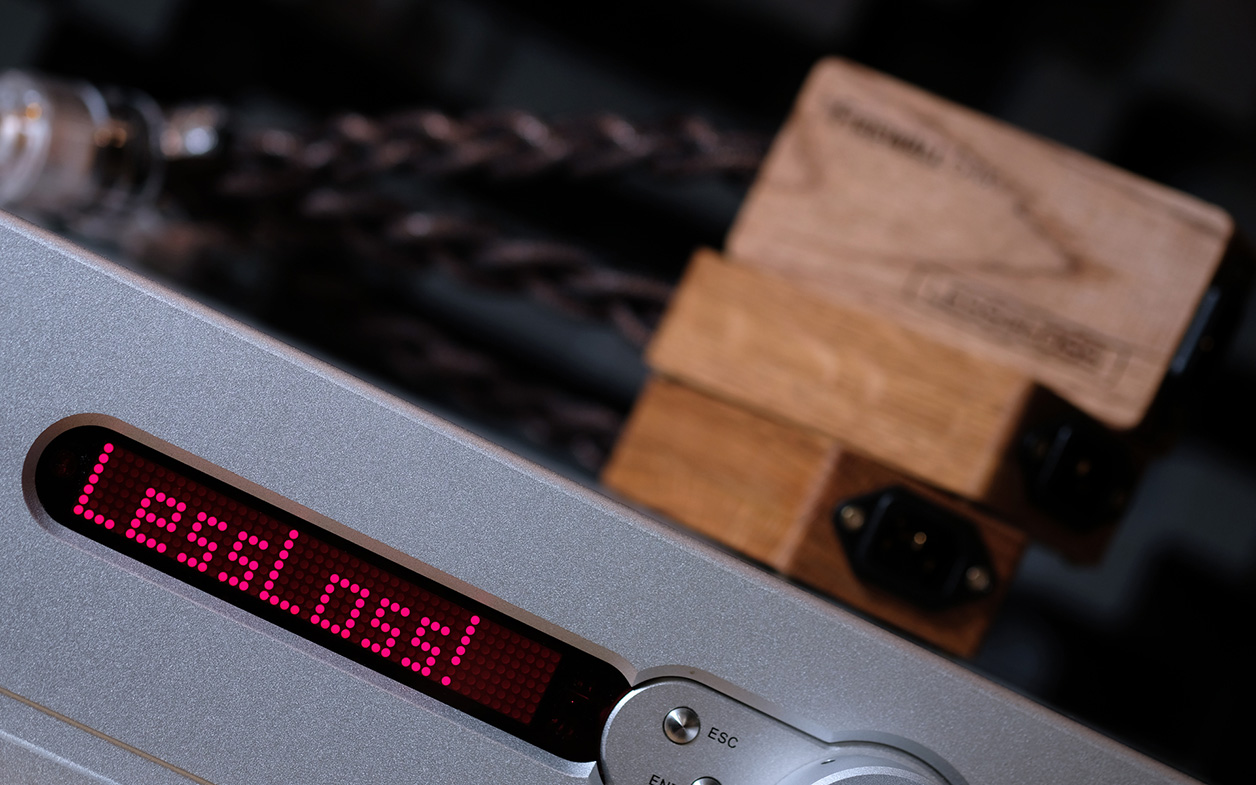 Their C-MARC Firewall 64X is as compact as it is self-explanatory in use. Its solid oak enclosure measures 65x135x35mm WxDxH. This body with sealed internals sports a C14 IEC inlet on one end, a 19cm C-MARC cable terminated with a C13 female plug on the other. Just as was the case with LessLoss power cords, the contact springs grip very strongly to secure a tight lock with any IEC inlet they're mated­­­ to. This connector isn't a typical off-the-shelf suspect. Its copper bars are hand-polished and just beneath its translucent body sits a large vibration damper made of precisely laser-cut fins. According to LessLoss, all of their measures impact performance and thus are vital to the end result. It's been known for years that this audio house are as much into resonance control as they are into silence so today's item follows the same religion. As a visually honest wood box with short cord attached, the Firewall 64X scores low on bling yet gives no reason to complain about its build. It feels like a finely crafted quality object and the smart engraving reinforces the impression. After all, this product was designed to work its noise-killing magic unseen behind a rack full of stuff.