Interrogation². Interrogating Alvin who'd interrogate Liu, here's what we both learnt about that 1-year tuning process. This was an important aspect to discuss. It's not about dazing/dazzling the buying public with the latest greatest specs à la DSD512, MQA or 768kHz PCM; or a currently fashionable part. It's about, first off, having a very clear sonic ideal to which a prototype's iterative refinements get referenced. Then it's knowing what parts to roll or what circuit aspects to tweak which will move a prototype in that direction. Finally it's not settling until that perfect overlay between inner and outer sound locks in. That's not the same as just chasing lowest possible distortion for textbook perfection; or slavishly following a DAC chip's application notes. It's about standing for something—one's so-called house sound—and knowing how to get it. On raw specs, the Vision DAC-1 is a balanced converter. It has an XMOS XU208 USB transceiver and femto clock which support up to 32bit/384kHz PCM and DSD128 via USB, then 24bit/192kHz PCM and DSD64 via DoP on S/PDIF. But then so does pretty much any other modern DAC. What distinguishes one from the other to make them sound different has to live somewhere else. It can't be predicted from a laundry list of parts or impressive go-figure figures. 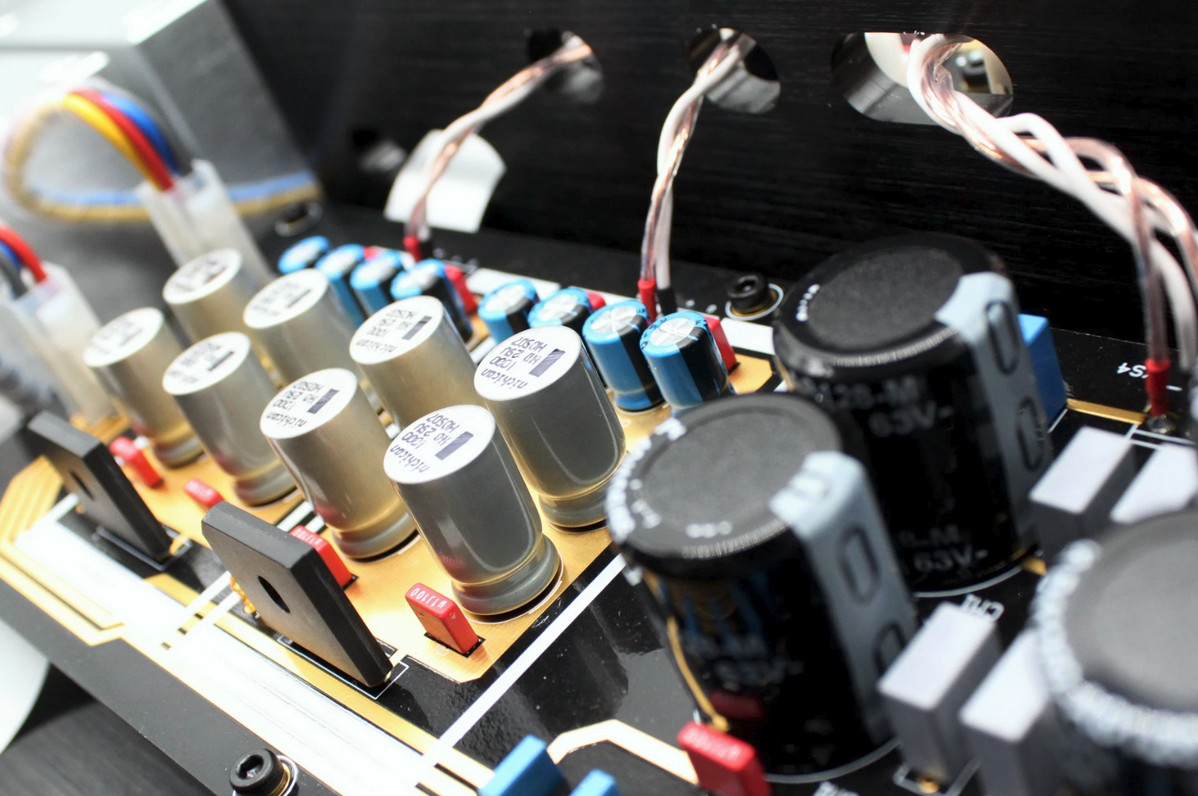 My first question was on what separates Liu's Vision and EX models. "The Vision series is tuned for high definition, high dynamic range and ultimate sound reproduction corresponding with the term vision. The EX series focuses on delicate and transparent sound with cleanliness, clarity and a tad of warm smoothness which is relatively flattering to listen to. Any upcoming products will fit into either the Vision or EX range."

About the DAC-1, "we believe that for a mix of digital and analog circuits such as come together in DACs, sonically most important is the analog half. Your whole system's final output, no matter how good the digital, depends on analog amplification. Of course the design of the digital circuit is like a water source. If the water is polluted, it takes a lot of effort to filter it later and the result, in most cases, will be compromised. Fortunately, the advancement and revolution of digital tech has been far faster and greater than that of analog. Therefore it is relatively easy for us to design the digital circuitry. Alas, overly simplified standardized DAC schematics, in most cases, produce sound without emotion. Hence in our design, the FPGA is key. It processes the incoming digital signal according to our notions before passing it onto the AKM DAC chip for decoding."

"In truth, everyone is far too focused on the converter chip chasing the highest bit and sample rates. This is a fundamental misconception. Don't many DACs with the latest chips fail to sound as good as DACs which were recognized and well received more than 10 years ago? This is a case of different design competency, not D/A chips. In fact, whether it is an AKM or ESS or AD, chip technology and their specs are all good, with quite a few successful cases using either. We choose AKM in consideration of its functionality and sound. The ability to bypass its own digital filters was another point in its favour. For the overall design, we focused on power delivery, vibration control, grounding, FPGA code writing, the analog output stage, PCB material and conductors, isolation and shielding."

On built-in upsampling, "the x 8 function of the AK4495 means it can operate up to 384kHz which is very useful." On whether that's defeatable, "no, the DAC-1 automatically upsamples any input data to its maximum sample rate. There's no user adjustment to disable this." No 'native' play then except for rare DXD files but integer resampling: 352.8kHz for all 44.1kHz-based signal, 384kHz for 48kHz data. Hardcore users might compare AKM's upsampler to that of a Mac/PC software player like Audirvana, PureMusic or J.River, i.e. send the DAC-1 signal already upsampled to 352.8/384kHz versus letting Liu's favoured chip from Asahi Kasei's premium Velvet Sound range do it instead.

On master vs. word clocks. "The DAC-1's built-in femto clock is also known as its master clock. If a source device has a WCLK output, the user can synchronize the DAC-1 to it using our external WCLK input. Once selected, the internal master clock is bypassed and the DAC syncs to the source clock. This is especially useful for syncing S/PDIF signal to the same clock. Our WCLK is 44.1/48k based. A so-called reference clock is usually Rubidium based and works at 10MHz. Some sources and DACs have a Ref Clock input to synthesize their master clock from the Ref Clock signal via internal phase-lock loop aka PLL. With Soundaware for example, the two clock inputs are external 'master clock' ports for enthusiasts with a high-end external clock. Esoteric's G-01 does that." (Other external clocks can be found with Antelope Audio, Jay's Audio and SOtM.)

On Liu's discrete if concealed output stage, "we made a lot of trials and finally released what we are proud and confident of. It consists of a two-stage buffer and voltage amplification where the single-ended and balanced outputs are completely independent." About the chip's ability to natively process DSD, "AKM chips have good DSD processing but it must be noted that DSD files can sound inferior when we cannot determine their providence. Poor DSD files generally sound worse than good PCM." Spoken like perfectly good common sense.