After several easy swaps everything was crystal. All of my DC-powered accessories enjoyed the JCAT's company more yet each manifested its input different. The micro iUSB3.0's aural expansion and snap were the most prominent upgrades and to my ears this unit benefited most. I thus learnt about its untapped performance reserves. Fidelizer's deck gained textural beef but more impactful bass was the highlight. My trusty Linksys router did a bit of everything and didn't stand out on anything in particular but still improved upon changing its power supply. JCAT's Optimo 3 Duo was effective regardless of dance partner was the takeaway.

The staggering total bill and apparently non-critical role are two reasons why the JCAT/Telegärtner set will be off the radar to most. It's not for everyone and my sincere advice is to stay far away if you don't have your fundamentals sorted well already. However, audio expenses are a matter of perspective and the hardware one already owns. To land meaningful gains without up-ending one's core voicing, luxury systems based on network playback can easily eat up resources far greater that today's accessory pack. In this context it's no longer an insane purchase. Instead it opens up a non-mainstream yet highly efficient upgrade route which quite frankly turned things upside down at my place. Odds are it might do the same in yours. 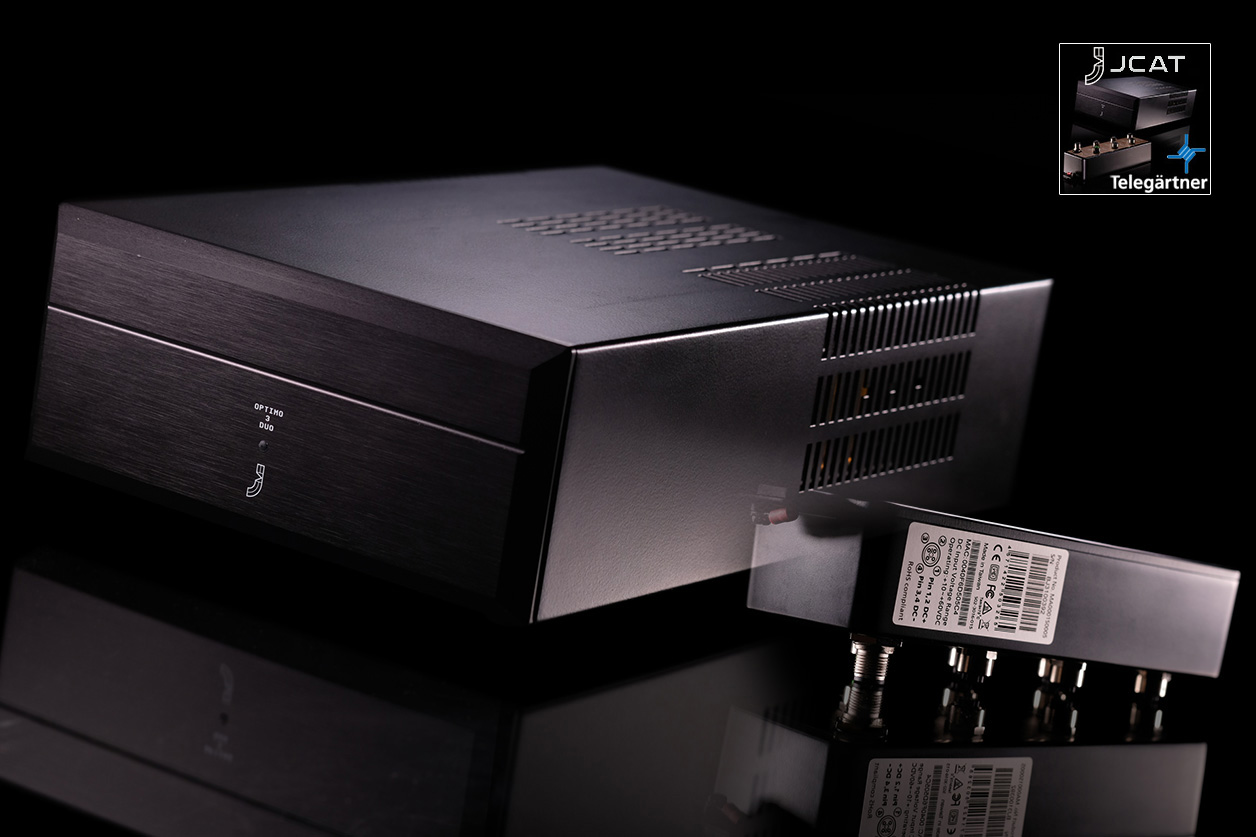 Just as hoped, team JCAT/Telegärtner significantly boosted my not exactly budget system's performance yet didn't alter its natural flavor. Its potency was up there with a major component upgrade to leave many seasoned ears surprised. Most of us simply don't expect support players to do this type of headline work. Some actually do, however. I have no idea how much I would I have to spend to upgrade my speakers, DAC or amp and arrive at a similar plateau. My guess is, most likely for nowhere near today's sum. If that's still too steep, take just the JCAT Optimo 3 Duo for a spin. It won't be time wasted!