The only visual feature that implies aristocratic pedigree is the grainy golden top. Seven dummy caps protect Telegärtner's stout locking sockets; one for DC power, one a service inlet, the other five STX M12x1 CS X-coded CAT6A i/o. No regular RJ45 terminations will do. That might be a major con. One could rightfully ask what sort of network switch lacks RJ45 ports and a standard DC inlet. Extremely robust connectivity is simply part of today's high-performance remit. It renders the usual plugs flimsy by comparison, provides better noise rejection and is what it takes to do the job properly. Telegärtner switches purchased at Marcin's shop arrive with a DC power supply and two LAN cables terminated correctly. As long as everything necessary is included without extra expenses, I'm good. 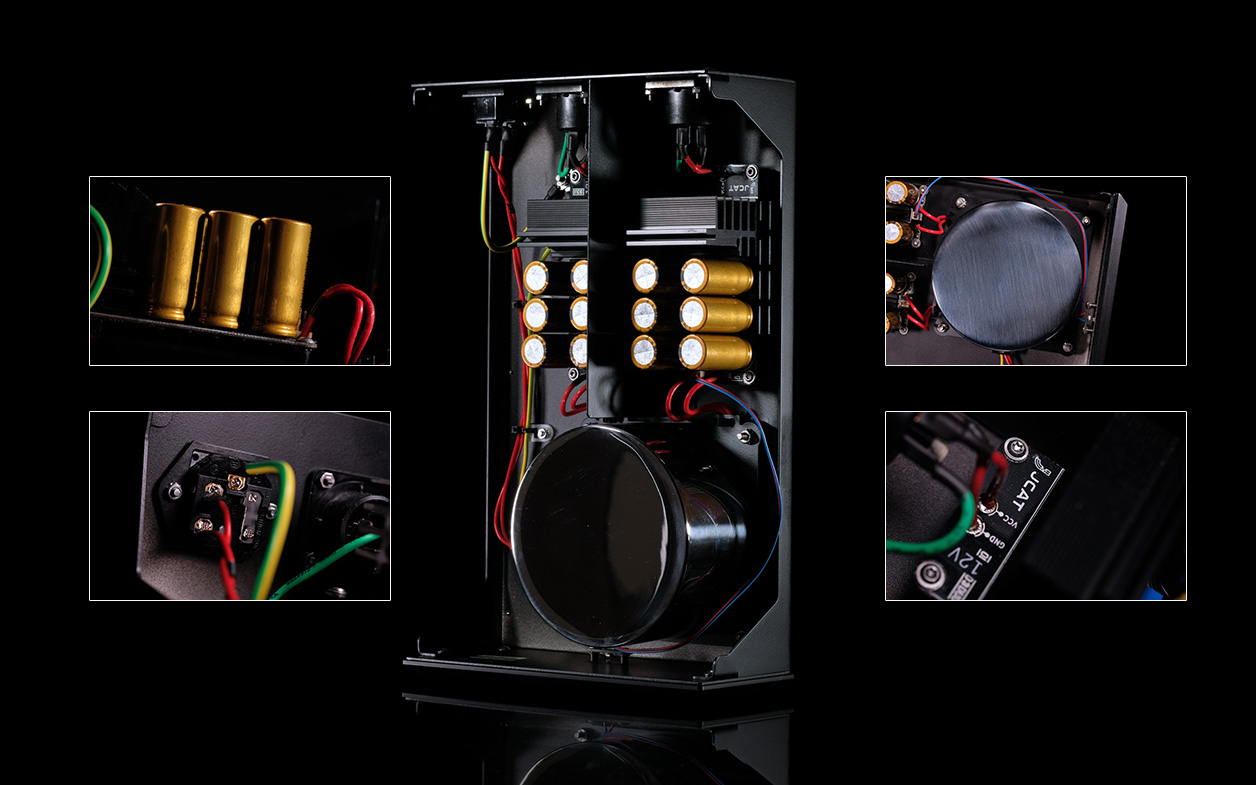 Talking LAN cables, the two 2.0m MFP8 IE Gold leashes were no ordinary throwaways. Each features an STX M12x1 CS X-coded CAT 6A plug on one end and an MFP8 RJ45 on the other. Interestingly, Telegärtner's silver MFP8 RJ45 are now used by many audio manufactures for upscale network components but their gold-plated counterparts famous for their use at the ISS still are OEM unobtainium. The only product I've seen with these outside Telegärtner's own was fidata's HFLC LAN cable because Marcin gained access to the shiny stuff. His JCAT Signature LAN Gold M12 X sports gold connectors on either end and likely a posher cable between.

As far as robustness goes, today's M12 Switch Gold could obviously take quite the beating to be a clearly utilitarian device. Two hitches at its base allow for wall mounting and a ground pin might come in handy to combat ground loops. Although visually nice and more robust than the M12 Switch Magic, the golden M12 still is no audio jewelry. Its fundamental and narrow role is to receive data from a router then send it to one or more downstream network component/s. Once installed, its action is instant. There's no need to configure anything. If you're wondering why a product as simple as a network switch should have any impact on audio performance, consider it a firewall between noisy routers and susceptible hifi setups – a power conditioner for the network. At least that's how I see such accessories after having tried a few. If you find that impossible, best stop reading now to carry on elsewhere. 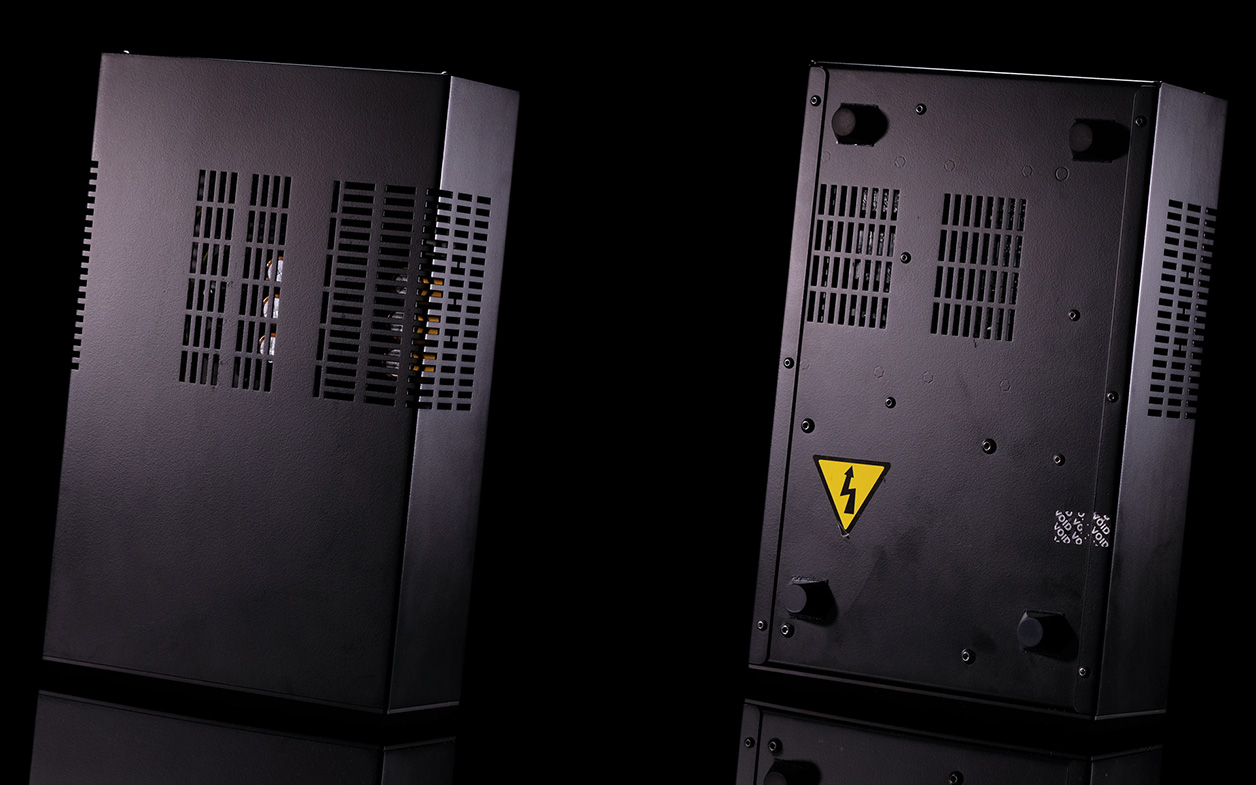