Like anyone else's who has been at this long enough, our system is built—carefully 'curated' is the word du jour—so that the final additive/subtractive result reflects our very personal notions on a compelling musical presentation and good sound. With the Terminator in the usual converter seat, the Wyred4Sound pre playing to the LinnenberG Liszt monos is an ideally dovetailing mate. As the Pass Labs XP-12 in for review just then reconfirmed loudly, the Wyred lives on the quicker leaner more lit-up half of the reservation. The Denafrips itself is denser and heavier. To clone that particular mix as closely as our hardware allows, I'd run the Jay's with our Nagra Classic preamp. That is surprisingly similar to the Wyred on speed and resolution but adds just a sprinkling of weight.

From this you can tell that today's comparisons were rather close. Unlike with loudspeakers where strong personalities reflect your room's unpredictable EQ plus impedance/response effects between amp and speaker, the DAC game when set up between reasonably price-matched decks occupies far narrower ground. To recap, I'll call the Terminator's special forté its way with musical timing, hence its distinctive rhythmic qualities. The DAC-2's would be its handle on finer tone modulations. With prior music samples pinned to these aspects, you now should have a very good notion on what that means. Which gets us at your wallet. Open sesame. 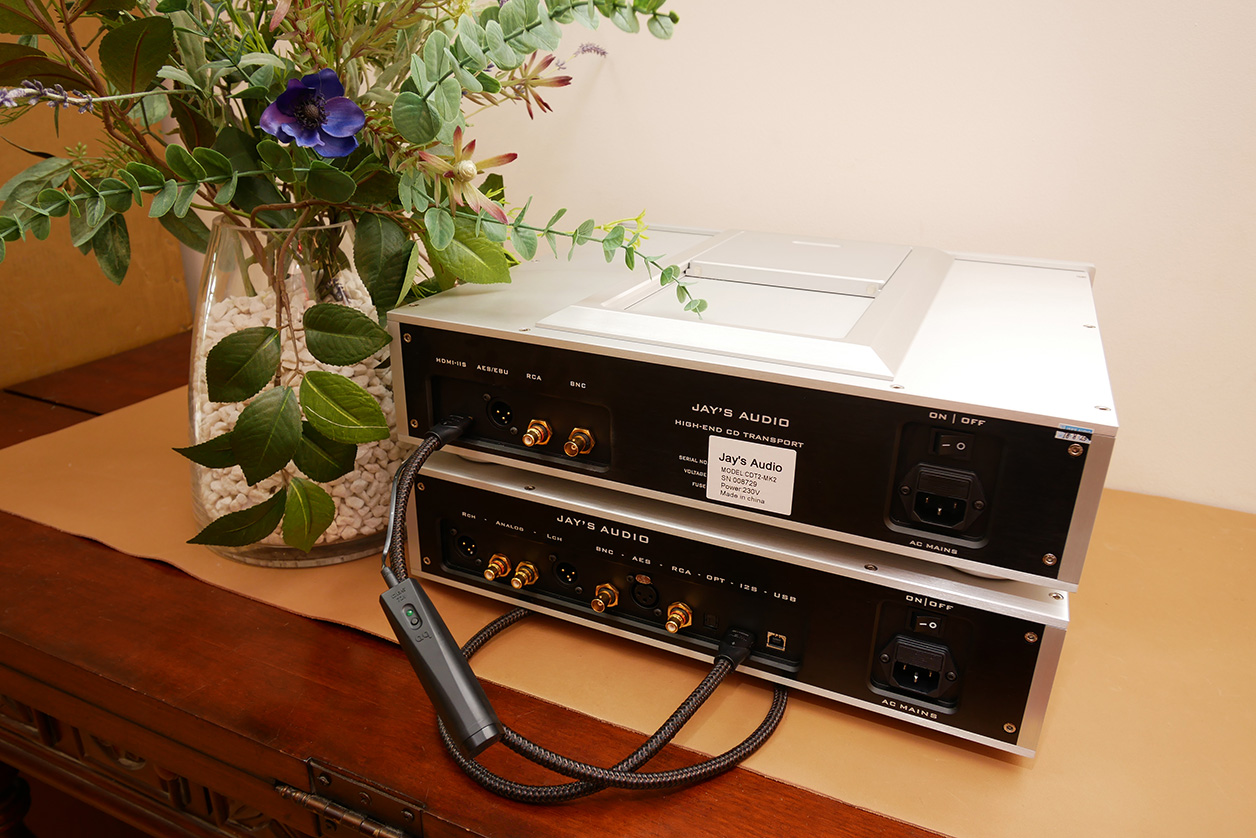 At €1'650 when reviewed, the matching Jay's transport plus today's DAC add up to just a bit more than the Terminator gets solo. That's because its reliance on discrete R2R arrays is obviously costlier to implement than two even very fine DAC chips. If one shopped this particular league, it leads to a clear advantage for Jay's Audio. In my book, the only way to out-spin CD by still only a small margin is with a superior SD card transport. For PCfi to approach CD when the latter benefits from a dedicated proper transport requires—at least in our case—intercession of a USB bridge with Soundaware's super-cap powered I²S-via-HDMI D300Ref. Which means that with Jay's above stack of transport and DAC, one secures both the still best digital source and the convenience of streaming millions of tracks off the cloud.

Having previously done the comparisons, to my ears I²S over a premium HDMI cable like our AudioQuest beats Allnic-level AES/EBU cable which beats Tombo Trøn S/PDIF. Here one applauds Jackie Ho for not only including the external I²S option in the first place but, via his internal dip switch, for making it configurable to shake happy hands with machines outside his own portfolio.

As we saw, build is rather vault-like. As we appreciate from country of origin and value-conscious marketing, the associated expense remains very competitive. It's high time then for the China bash brigade to sharpen their collective pencil. Invent imaginary complaints. For the life of me, I could come up with only one small nit  – that one can't defeat the display. Should that defeat your consideration of the Jay's Audio DAC-2 Signature Edition as a very serious addition to the genre, I really wouldn't know what to say. Except, perhaps, fiddle dee dee…