If you want breakfast in bed, sleep in the kitchen. That's funny. Yellow fever which gets political about Asian imports competing unfairly against EU/US brands whilst typing their forum hate on an iPad or Samsung isn't. But given that our DAC in this main system is a Denafrips Terminator with matching I²S-over-HDMI port and equally defeatable 'NOS' option, a face-off between two Sino challengers was the ruling of the day. Teenagers discuss whether in a brawl Superman would beat Batman. Martial arts fans debate whether karate is more effective than taekwondo, aikido, jiu jitsu or sambo. As two Chinese forms of self discipline and defense, today it might be Kung Fu and Wushu – discrete R2R or AKM Sigma Delta, each backed by beefy power supplies and plenty of capacitance. 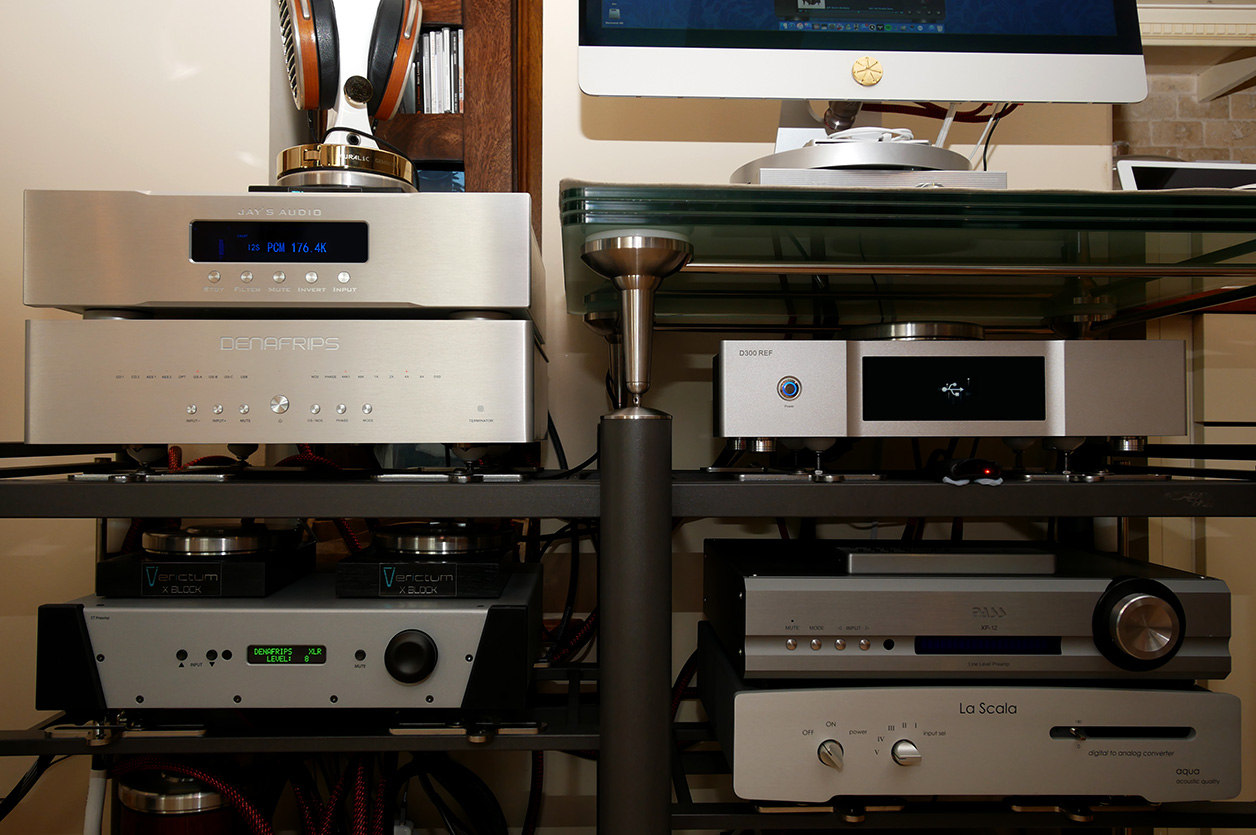 To magnify what might be smaller differences, I set up a system deliberately weighted toward speed/bandwidth and resolution, not warmth, ultimate weight/density and final bass power. Those aspects would have warranted the Pass Labs XP-12 preamp and matching XA-30.8 stereo amp instead. Cabling was Allnic ZL3000/5000 throughout except for a KingRex double-header USB and AudioQuest's top HDMI leash. 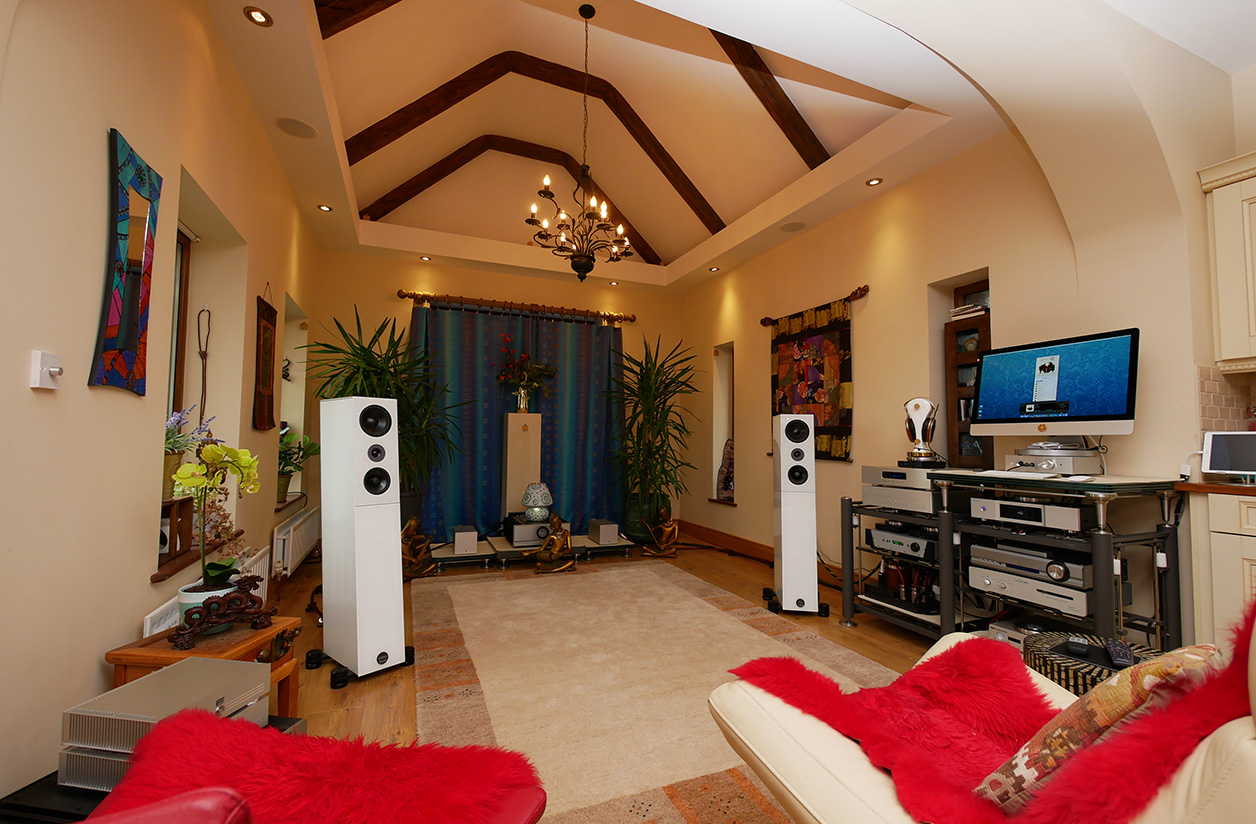 On price, this comparison would pit $5'998 Singaporean [~€3'920 in April 2019] versus $2'998 US, so about a $/€1'000 advantage for today's machine. A second advantage is that its RCA/XLR outputs can connect simultaneously whilst the Terminator's create distortion even if only one is actually live.

For a first A/B outing, I spun up then down the FusionDrive to load John Amir Haddad's entire 9 Guitarras album into RAM. As the title suggests, here he plays many different instruments including Arabian oud and Greek bouzouki in a modern Flamenco setting filled with heavily punctuated rhythmic tension. On temporal tautness—the equivalent of a bodybuilder's ripped shredded physique but in the time domain—the Terminator took the lead. With it this quintessentially Spanish music was more boisterous and, for lack of a better word, macho. Whilst I haven't the foggiest what this sounded like in the German TeFau recording studio, the Terminator's take felt truer to the spirit of such music than the somewhat gentler mellower softer Jay's. It popped and drove harder. It felt rhythmically edgier. That said, it was equally clear that the DAC-2 SE belonged into the same general performance class. It simply expressed a somewhat different flavour or mood.

To illustrate said mood, consider Antonín Dvorák's String Serenade Op.22. Here it is played by the Royal Northern College of Music strings. Wordy descriptors which suggest themselves for the inherent mood are pastoral, elegiac, flowing. Replace with your own favoured words to capture the essence of a sun-dappled nature tone poem painted without percussion, brasses or woodwinds. It makes for a marked counterpoint to the Flamenco album which, in musical terms, juxtaposed staccato and legato. It obviously doesn't follow that one machine can't do the other. This is just about hand-picking two specific music styles to illustrate particular personalities in two pieces of inanimate machinery.

If we remember that Asahi Kasei picked the trademark Velvet Sound for their converter chips in this range, associating the DAC-2 SE with this Dvorák number isn't far-fetched. Now that we have these fundamental character traits pegged, how else did these two machines diverge or overlap? Our music samples clarify just how silly it would be to annotate any 'better' or 'worse'. That'd be back at adolescent super-hero worship which thinks in binary either/or terms. Unless obviously flawed, hifi isn't like that. Two components like these happily coexist in a shared quality class.