Time to investigate which of my DC-powered kit was fondest of Prometheus. All three were fond but still responded uniquely. My USB reclocker benefited with larger more accurate images. It sounded quicker and fleshier to improve the most. The Fidelizer on the other hand became beefier and tighter to slam harder and feel bolder overall but also play it more subtle and sensual on vocals. The Linksys was less grainy, somewhat faster and not as stingy on colors. Although it underwent subtle touches rather than a thorough makeover, it was still meaningful. All things considered, Prometheus revealed itself to be a very potent upgrade which meant all business, no strings attached. Past changing my DAC, speakers or amps, it should remain just as relevant and useful so will be a safe purchase for years to come.

My previous exposure to JCAT's linear PSU and Nic Poulson's earlier work were primary reasons why I felt confident about his debut on the DC power front. Upon pouring his know-how into Prometheus and sending it my way, he still wasn't quite sure about the universality of its sonic benefits. Now he's about to find out that this fire-stealing Titan isn't coming back. I'll happily cover the invoice. Although it sells under the Isol-8 banner, Prometheus struck me as more of a bolder posher Trilogy type. Its visually modest but full aluminium dress and internals felt unusually premium and a fair bit above the black add-on audio boxes I'm familiar with. Useful voltages either fixed or variable, two DC outputs and barely warm operation should please the vast majority who shop for such hardware. The narrow financial window which covers all available Prometheus iterations is smart and execution top notch. The lack of provided DC umbilicals for instant use is my only nit. Knowing Nic, he'll likely come up with something suitable beyond generic throwaways soon enough. 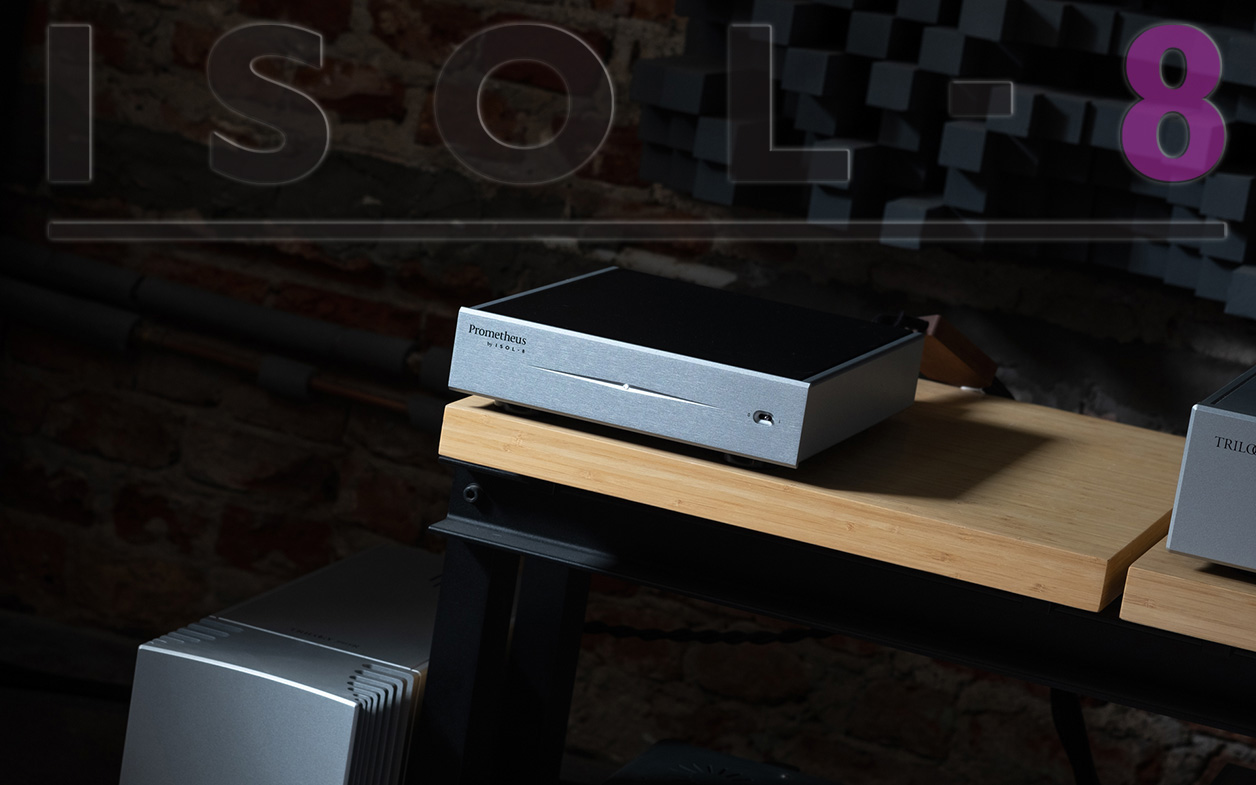 Top of Trilogy mono to the left, lone corner of matching Trilogy preamp to the right, baby Trilogy aka Isol-8 Prometheus in the middle. 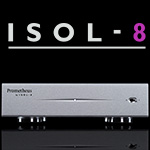 Thus far I considered linear power supplies non-essential niche-fi; the kind best tackled after all fundamentals are sorted. Now I'm not so sure. Just as had the JCAT before it, Prometheus by Isol-8 brilliantly improved my system's core voice without altering it or demanding anything in turn. One such outcome could have been coincidence or sheer luck. Two formed a sonic pattern. It showed a universal booster fit for any setup with DC-powered devices I can think of.

That's exactly why Prometheus is now mine; and why I've let you in on its existence.