A regular cardboard box housed two inner supports which locked into place the machine inside a thick foil bag. A manual and regular power cord in a small compartment on the side were the only extras. Most linear PSU feature DC umbilicals. Not today's. Nic explained that there are too many plug types to keep up with. I had to roll up my sleeves and DIY the necessary links. Although it was a fun little project, it might not be for paying customers so they should take this into account. 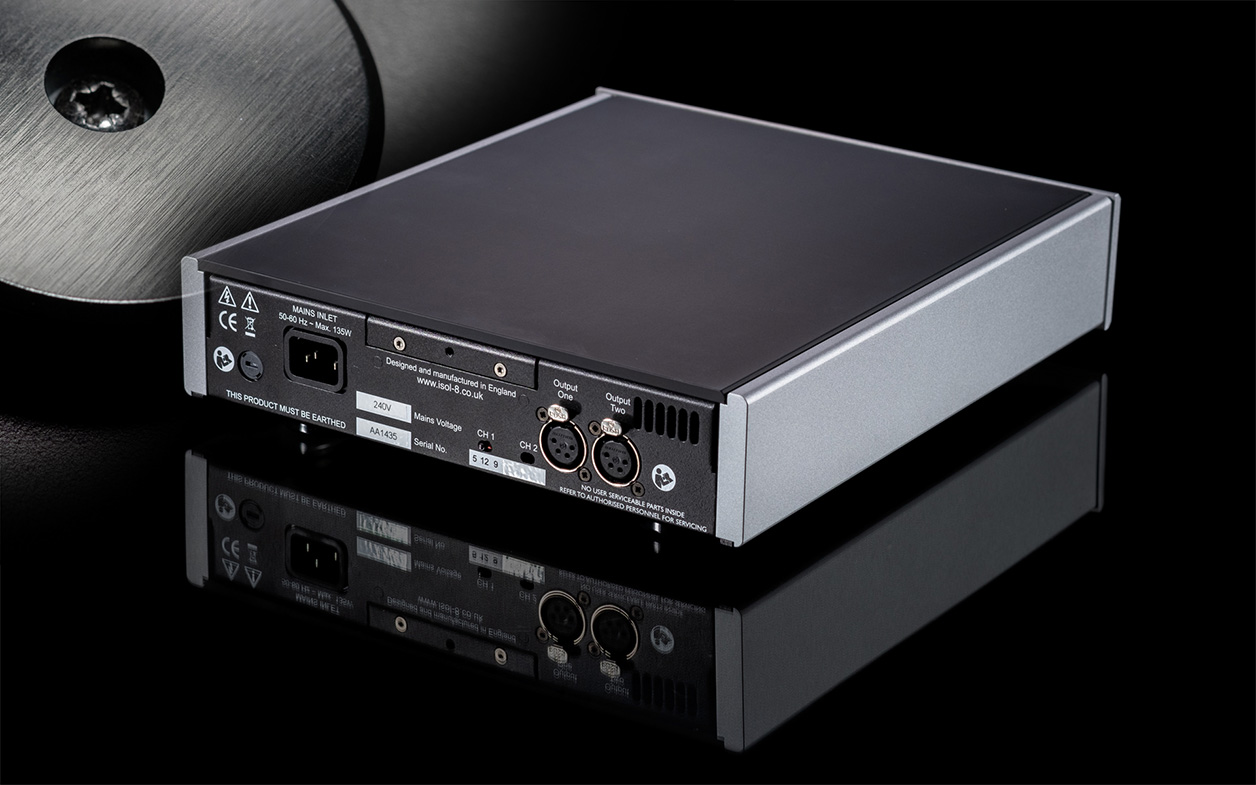 Prometheus measures 270x306x74mm WxDxH and weighs 6.4kg so is enjoyably compact if also heavy. Its thick brushed aluminium front panel with trimmed top and bottom edges protrudes slightly over the remaining walls. A central LED in the middle of its horizontal recess goes white upon flipping a switch located a bit further to the right. Model name and logo in the upper left corner seal the deal. Cheeks and hood are machined aluminium plates to dissipate heat. The rubbery stealth-black paint on the cover contributes as well. Isol-8's all-silver variant has 20% lower ratings. Today's two-tone version for the same price would thus be my choice.

The perforated underbelly bends at a right angle to form a rear panel which is occupied by a fuse compartment, IEC inlet, voltage selector switch and two gold-plated Neutrik male XLR4 as DC-out ports. My loaner arrived as the single-channel version with variable 5/9/12V lines. Those rate at 4.5/2.5/1.5A respectively so both DC sockets output the same selectable voltage. Versions with any of these voltages fixed are £50 less to provide greater continuous current. The empty space labelled 'CH 2' implies dual-channel specimens in the works. Four anti-vibration Krion footers add £105. According to Nic, they're well worth it. For many years he's already used this composite under the transformers of his Trilogy electronics. 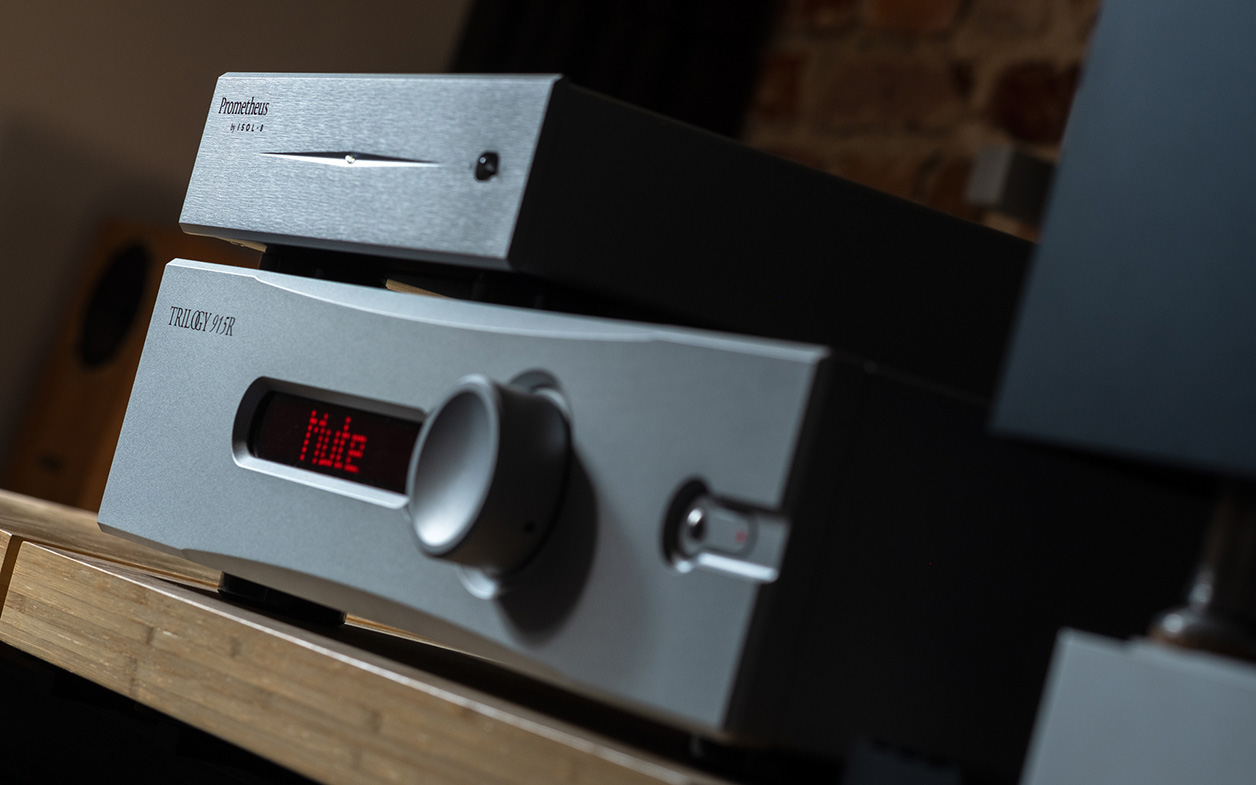 In the standard version, Isol-8's newcomer demands £1'200 fixed, £1'250 variable. My SE version—£1'350 fixed, £1'400 variable—gains 204'000µF capacitance up from 136'000µf plus superior hookup wiring and better parts in its regulation stage. As a plug'n'play affair, it needs no extras other that hitting its mains switch. It's fully ready once connected to the mains. It scores very high on assembly, materials, robustness and running just mildly warm. PSU are inherently modest lookers meant to work in the background. Whilst Nic's fits that description, it also felt well above average and quite premium considering its type. Trilogy's fancier dress code surely helps here but Prometheus branded as Trilogy would make its way through a regular distribution network to sell for far more. Direct sales under the Isol-8 badge prevent this.