The word 'Innuos' cleverly combines innovation + openness. The company was established in 2009, is privately owned and doesn't rely on outside funding. It maintains a staff of 25, has its head office in Portugal's southernmost Algarve region plus offices in Lisbon and the UK's Warwick, a separate sales manager for North America. Team Portugal's minimalist portfolio had me curious given their major recognition spike. It features just four core products. I had opportunity to review their second best. The ZENith Mk3 arrived in a double box filled with a styrofoam cradle precisely cut to sleeve the cloth-bagged casing. Several compartments stored necessary cables and a handy manual covered key functions/connections in a very approachable and informative manner. Innuos graphics on the outer box and a finely executed view inside made a solid first impression and showed attention to detail typical for large-scale operations well beyond DIY. Some manufactures already decades in the business are still stuck there. Not Innuos. Considering what they're known for in the first place, that's hardly a surprise. What they've been selling is audiophile performance in modernist industrial packaging. 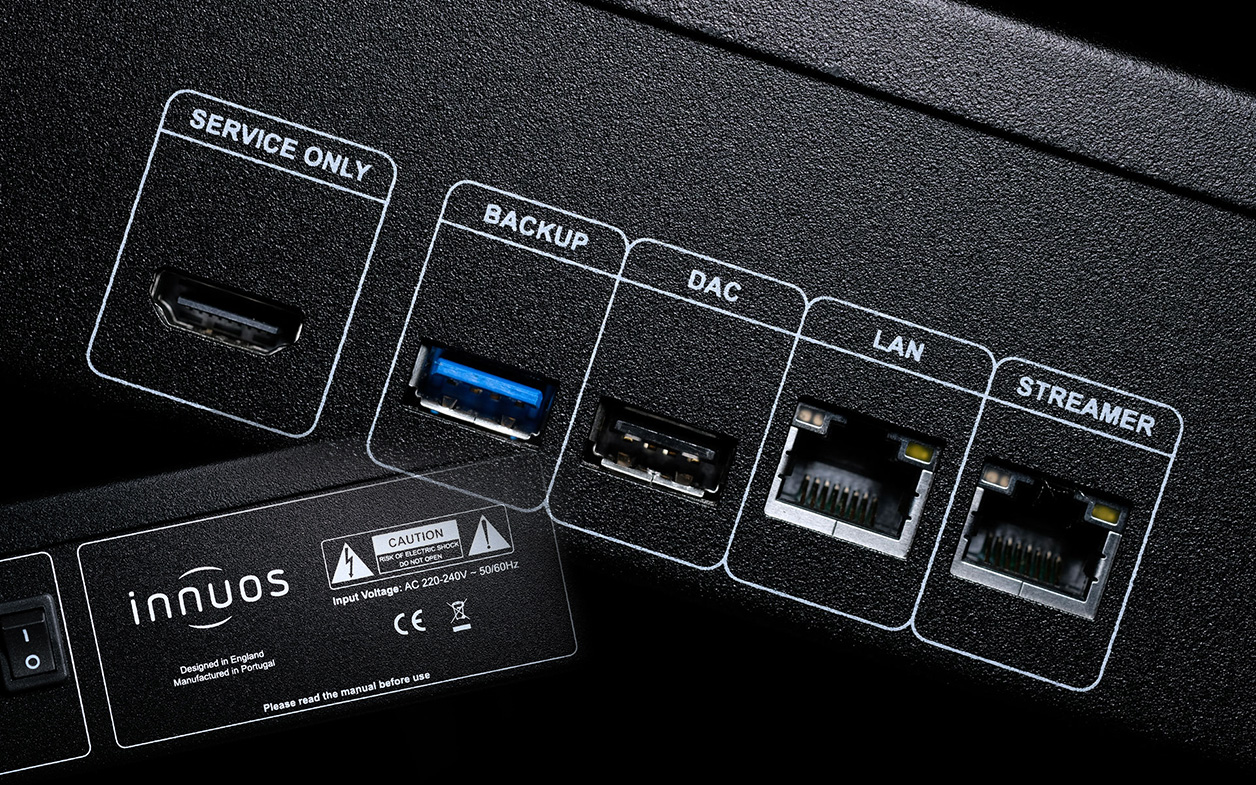 Today's machine is an audio server that distributes digital music over a household's wired LAN. Team Innuos see WiFi as too noisy to bother with. That equals products from fidata and Lumin, with hardware built specifically with sound quality as top priority. Although profiled much alike, on functionality the Portuguese sat a cut above my daily driver and Lumin's platform. It housed an internal SSD like my HFAS-S10U but is powerful enough to operate as Roon Core/Bridge and its in-built optical drive allows easy disc rips.

The ZENith Mk3 measures 42x7x32cm WxHxD and weighs a healthy nine kilograms. Although regularly shaped and sized, it's heavy enough to imply a non-standard PSU whilst its massive aluminium front is milled into facets for a modern stark effect. A CD slot and standby switch with embedded multi-colored LED are all there is to the face. Many similar devices rely on displays and more buttons but after a year with fidata's deck, I honestly didn't miss such additions. Their absence on this minimalist front turned it into one sharply dressed looker. If a silver forehead doesn't float your boat, a fully black version is available at no extra cost.

The U-shaped steel hood features numerous perforations locked in a triangular shape strategically located near the right top edge. That provides venting for the internal radiator below. The rear houses an IEC power inlet with replaceable fuse and mains switch. The name plate lists the design and refers to handmade assembly in England and Portugal respectively. Socketry includes one HDMI service input and two USB type A ports; the blue USB 3.0 labeled backup accepts external storage devices, its 2.0 neighbor sends data to a DAC. Two different-purpose RJ45 sockets allow Innuos to operate as all-in-one network storage/player for a D/A converter or as music storage married to a standalone streamer of your choice. On this count it was similar to my fidata but their underbellies differ. The former has a vented area and sits on three anti-vibration pucks installed asymmetrically to support internal parts that are most prone to microphonics. Each footer's base, most likely POM, sports three rubber hemispheres in direct contact with your shelf. This is an elastic solution with some give.