Even though Neo lacks most of Pro's bells and whistles, it scores high on utility, ease of use and build quality especially with its significantly lower ask. The Pentaconn standard becomes more popular in headfi, 4.4mm jacks are far more robust than 2.5/3.5mm TRRS counterparts so Neo has them. Its endless rotary requires just the right amount of force to turn and all remaining buttons/sockets are easily accessible. Due to low weight the product moves fairly easily on a desk but upon mounting it upright with its base on rubber washers, I had no complaints. This alternate positioning not only saves space but turns today's fairly tall enclosure into a handy headphone stand. My only concern is the longevity of the foam inserts in the base. After some use these strips will likely wrinkle and come off but a replacement will be a simple fix. Neo's 4.4mm output (sub 1Ω, SNR/THD+N/dynamic range 112dBA/sub 0.0015%/-120dB/A) does 1'040mW into 32Ω which isn't crazy rich for iFi. Their mobile micro range models deliver four times as much. Still, 1W is more than enough to drive most cans to deafening SPL. Lack of line inputs and 2.5/3.5mm outs for IEMs and portable cans doesn't hurt a desktop package. Truth told, I wouldn't mind seeing simplified headfi gear where 4.4mm balanced becomes the standard and all else (2.5/3.5mm TRRS, 3-/4-pin XLRs) is gone. 4.4mm is conveniently small and reliable.

Getting inside would permanently remove adhesive bits underneath the acrylic window so no dice. Luckily iFi provide these photos and enough info to know what's inside. Their usual TI/BurrBrown hybrid PCM1793 processes the top six bits in multi-bit fashion and everything below in ΔΣ. All incoming digital data are subject to iFi's jitter-killing Global Master Timing plot of femto clock and memory buffer. A resistor ladder inside a digitally controlled chip regulates volume and needs no gain knobs for different loads. To limit interference, a microcontroller over Fet switches wakes up only when it must perform then instantly goes back to sleep. The internal power supply sports linear regulators and incorporates iFi's own OV op-amps, TDK C0G caps, Melf resistors and inductors by Murata and Taiyo Yuden. 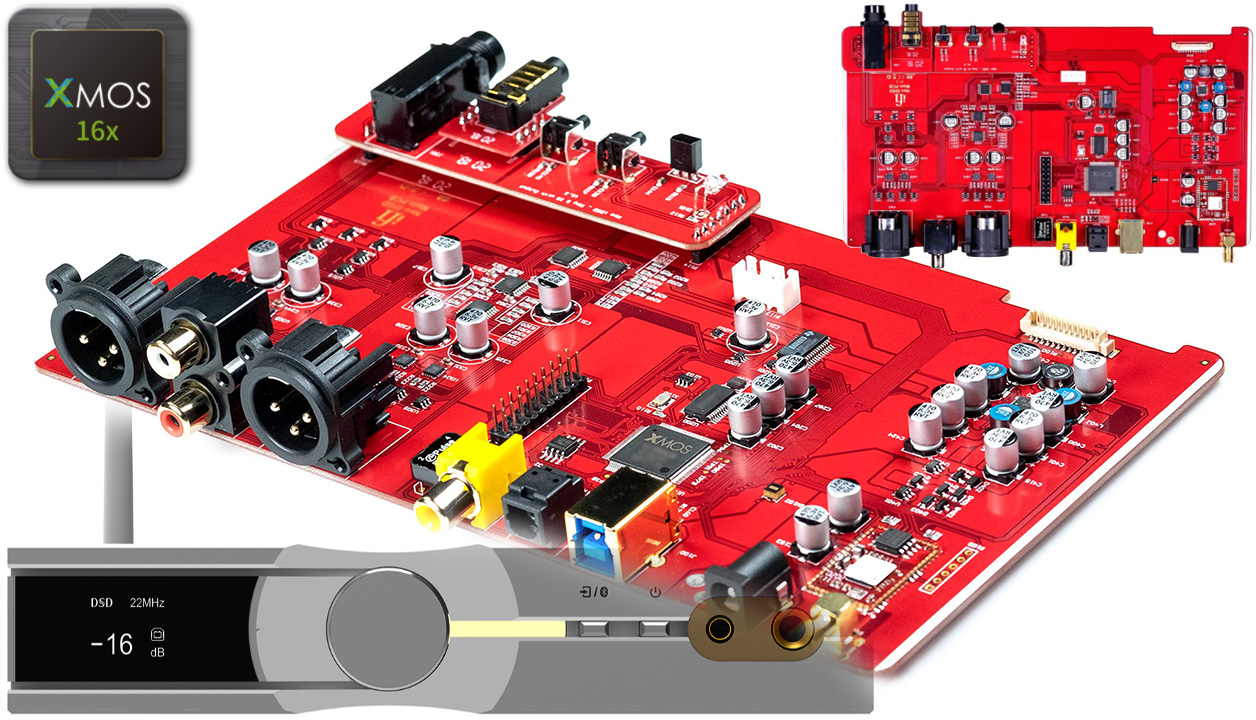