For extra protection, should any issue which shuts down a PowerStation remain unresolved, nothing connected to it will power up again. Functionally, there seem few real competitors which are this versatile yet affordable. At €1'020, my trusty old GigaWatt PF-2 power strip is substantially more expensive even when bundled with their most affordable companion, the LC-1 EVO power cord. But let's say that without leash, GigaWatt's and iFi audio's power distributors sit roughly in the same ballpark. The Pole too sports a polarity indicator and comes with surge protection yet does no active filtering nor easily remedies ground loops. On those counts, the iFi stands alone here. 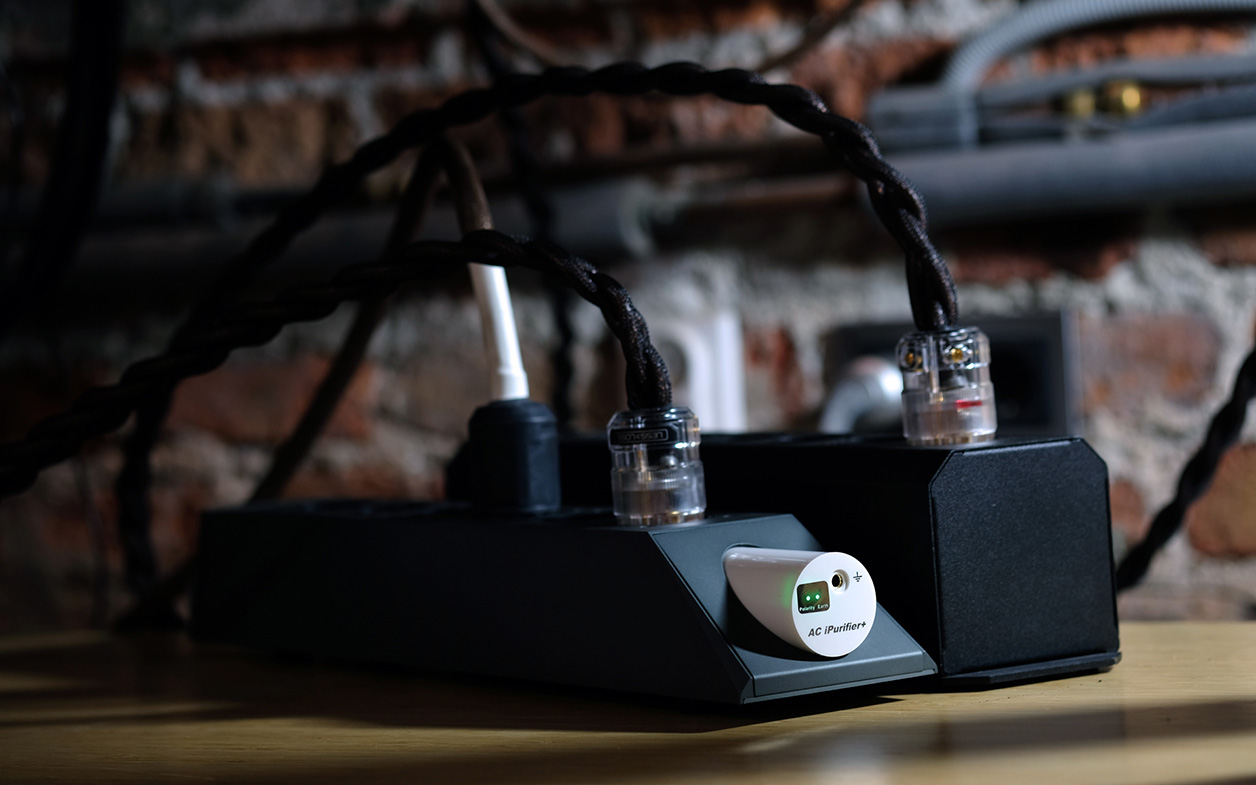 To review it, fidata's HFAS-S10U handled file storage and transport duties, LampizatOr's Pacific DAC (KR Audio T-100/Living Voice 300B, KR Audio 5U4G Ltd. Ed.) passed the signal either to a Kinki Studio EX-M1 or Trilogy 925 integrated amplifier. Speakers were Cube Audio's Nenuphar or Xavian's Jolly. The components had LessLoss C-MARC power cords, an Audiomica Laboratory Ness Excellence fed the GigaWatt's PF-2 or iFi. Both power bars alternately bonded with the wall outlet with GigaWatt's LC-3 EVO cord. Amber-modded Excellence interconnects by Audiomica Laboratory and Boenicke Audio S3 speaker cables completed the picture. As usual for power-related comparisons, it was crucial to double-check the lot. Polarity at the first junction from wall outlet to the two contestants was no issue. To provide identical conditions, not only had all power cords to land in the same sockets, extra care went to the orientation of live and neutral pins. [This is peculiar to EU Schuko sockets which can insert either way. US/UK and other sockets are fixed so incorrect power polarity requires rewiring them, not just turning the plug around – Ed.]

Finally, my PF-2 is about seven years old, thus not the current Mk2 version so likely less effective than it could be. After all, team GigaWatt have made significant progress over the years. That's why my comparison includes a pinch of salt. Regardless, the GigaWatt PF-2 represents a sanely-priced role model for power distributors. It paints a quite accurate picture of what this category of component should do over generic power strips which little money can get at your local electronic store. Put up against such rivals, the PF-2 introduces more detail, clarity and fills the musical landscape with images that outline finer. Most importantly, music seems more energetic and taut. Additional benefits such as extra moisture, insight and spatial expansion in all directions are available in costlier passive components. My PF-2's reach on these counts remains fairly limited which, given its price, seems quite normal.

Just so, the British PowerStation leaned heavily towards extra moisture right away. It was quite different from the GigaWatt. If the GigaWatt introduces us to the passive power distribution game, the PowerStation represented an active power conditioner. It sang more softly and nuanced, projected images set back deep more explicitly, was texturally more sophisticated and more fluid all around. After several A/B, this quite unmistakable extra instrumental moisture and blackness associated with strong silence emerged pronounced enough to stand out as the PowerStation's key strengths. On nuance extraction, it scored higher too and had the smoother less icy treble. One might ask why and the most logical answer should be found in the Brit's more potent noise killing. Even though this was tackled by other reviewers before, it won't escape us this time either.