Final comparator amplifiers were what for this system are our usual 1MHz 200-watt LinnenberG Liszt. They're fully balanced DC-coupled class AB monos with lateral power Mosfets. At €8'500/pr, their far more elite sticker equates to exactly six PA-10 stereo amps or three mono sets. What does allocating the same sum to the Liszt buy you? Higher resolution. How did that manifest? I heard more venue ambiance. That meant greater visibility of recorded space, be it true acoustic hall sound from a purist recording or electronically manipulated tapestries on heavily multi-tracked studio fare. I also heard greater textural diversity. This meant increased contrast ratio or a bigger difference delta between simultaneously sharp percussive sounds and gently transitioning overlaying standing tones. You might say that staccato was even sharper, legato even more elegiac. That broadened the range of specific textures. Being warmer, mellower and softer, the bridged PA-10 didn't distinguish as many different textures. Reduced to one quality responsible for both more spatial cues and tauter timing, I'd call out speed. The LinnenberG amps sounded faster. 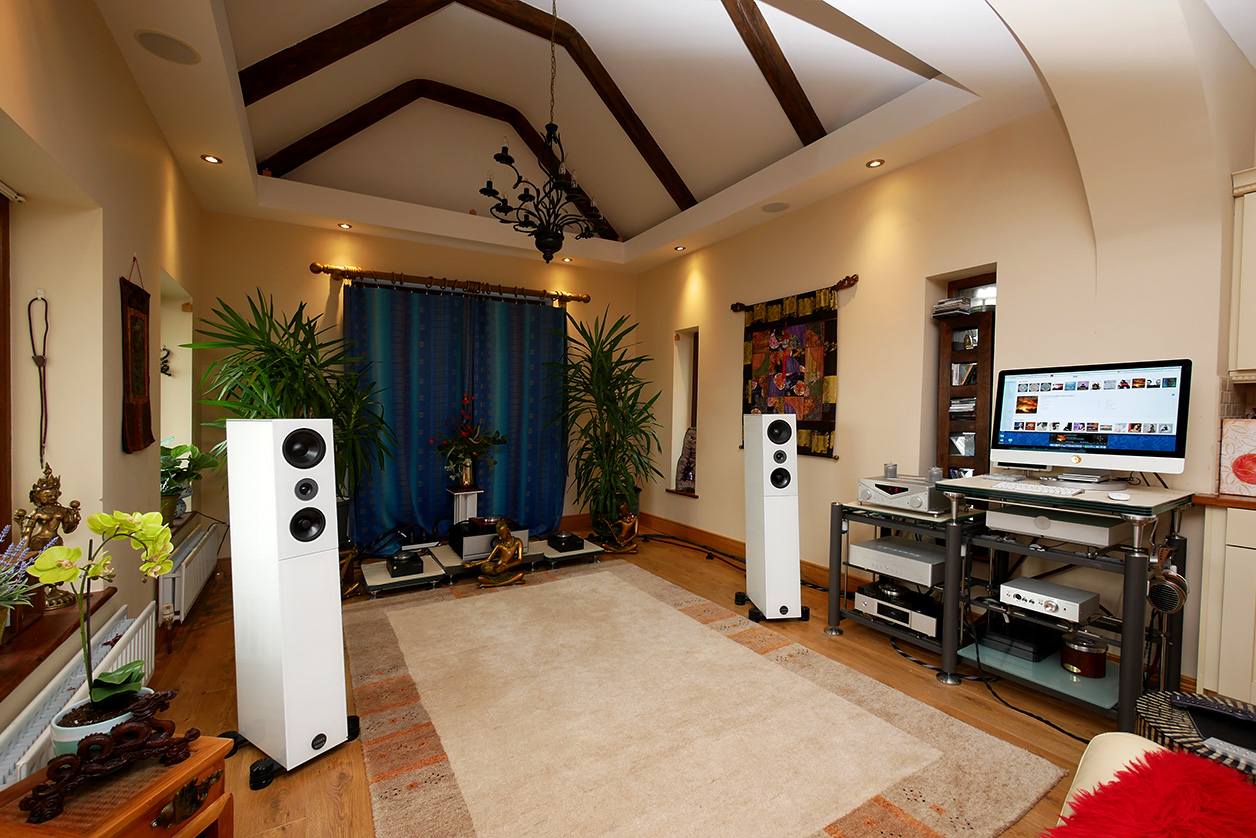 Cue incredulous commentator at stage left. "What, that's it? You mean to tell us that for six times the price, that's all the extra one gets?"

Yes, one could expound on these differences with many fine music examples. Such added coverage would simulate extra significance and meaning mass to make bigger spenders feel better. But here we don't look from the top down. We look from the bottom up. We consider today's sound quality on its own merit. Whilst, from that perspective, our domestic amps did offer more, the amount of more made the extra expense wildly disproportionate. That's the ice-water equalizer. One must care a lot and be able to spend mujo to pursue and see as valuable and perfectly fair trade those remaining differences. Many people won't. And really, they shouldn't. There's so much more to life. Saying so doesn't dispute that LinnenberG's extra sophistication, speed and resolution weren't real, desirable or valuable. It acknowledges how much Gold Note's PA-10 already did whilst generating 50% more power. It admits that swapping back and forth didn't, in any meaningful up or down ways, diminish my basic pleasure of listening. The PA-10 already did that in full. The Liszt added fine print or between-the-lines data. That's lovely if one reads for double entendres, hidden connections or easter eggs; if one listens critically enough and is that demanding. It's simply no prerequisite to enjoyment.

This segues back to the earlier class D duel. Musically, that difference had been very significant. For listening satisfaction, we face a hierarchy. Certain qualities are essential. Others are luxuries or the final polish. Is that hierarchy identical for all listeners? I don't believe so. For Gold Note's PA-10, your must-have essentials include tonal generosity with minor voluptuousness; perfect absence of over-damped dryness and coolness; elastic not drum-machine timing; very good but not extreme resolution to do finely mapped imaging and layering placement. If that's you, a PA-10 has you fully covered. Bridged to mono, two will control more bearish loads with a massive but noiseless 600 watts into 4Ω. From class AB! 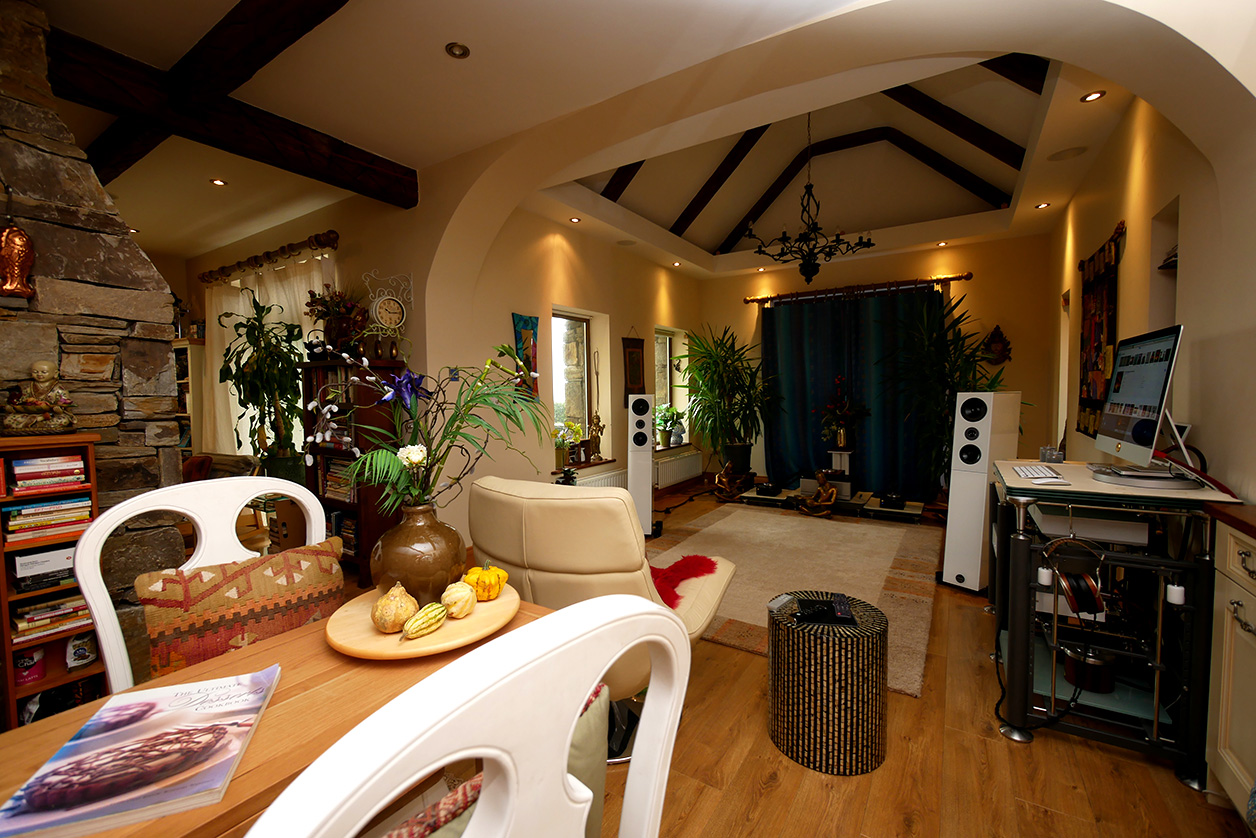 Modern high-end audio keeps catering to the one-percenters. It's lovely then to come across components like today's. These Italian compacts are informed by what's possible when far higher funds are available. Think of the firm's flagships. Then they skillfully trim down the ultimate to deliver a fat dose of its core qualities and to only go lighter on the extremes. That remains within the budgets of a far greater majority. They're also most comprehensively featurized. Things like app-driven networking, tablet or IR remote, Susvara-ready headfi, 192 DAC voicing options with three presets, bridge mode and adaptable output impedance interface with many user requirements and system complexities, then integrate various expansion paths. And they're very well built, timelessly attractive, available in three different anodize skins and from an Italian company with an excellent track record. That's a whole lot of 'and'!

Live a rich life with interests far beyond audio. Whilst doing so, also cater to your love of music playback with high-quality multi-tasking components that don't cost an arm but have the long legs to go the distance. Hello Gold Note DS-10 & PA-10. What a perfect pair!