To bridge each stereo amp to mono, I used a small-tip Phillips screwdriver to depress the recessed rear-panel switches marked BTL. Using balanced signal cables, I did the same for the BAL triggers. To experiment with lower damping factor, I also depressed the DF neighbors. Now all three associated blue LED on each amp lit up in confirmation and my compact triple stack made sound. Here we see its mirror reflection. In bridge-tied load mode, one uses the clearly marked outer binding posts and for the single input, that marked BTL IN. Because bridged mode requires particular cable connections, Gold Note's switches can't be depressed accidentally. Use a pointy object. Chances are you'll do this just once for setup; and just a few times for DF until you've decided whether higher or lower output impedance sounds best to you. 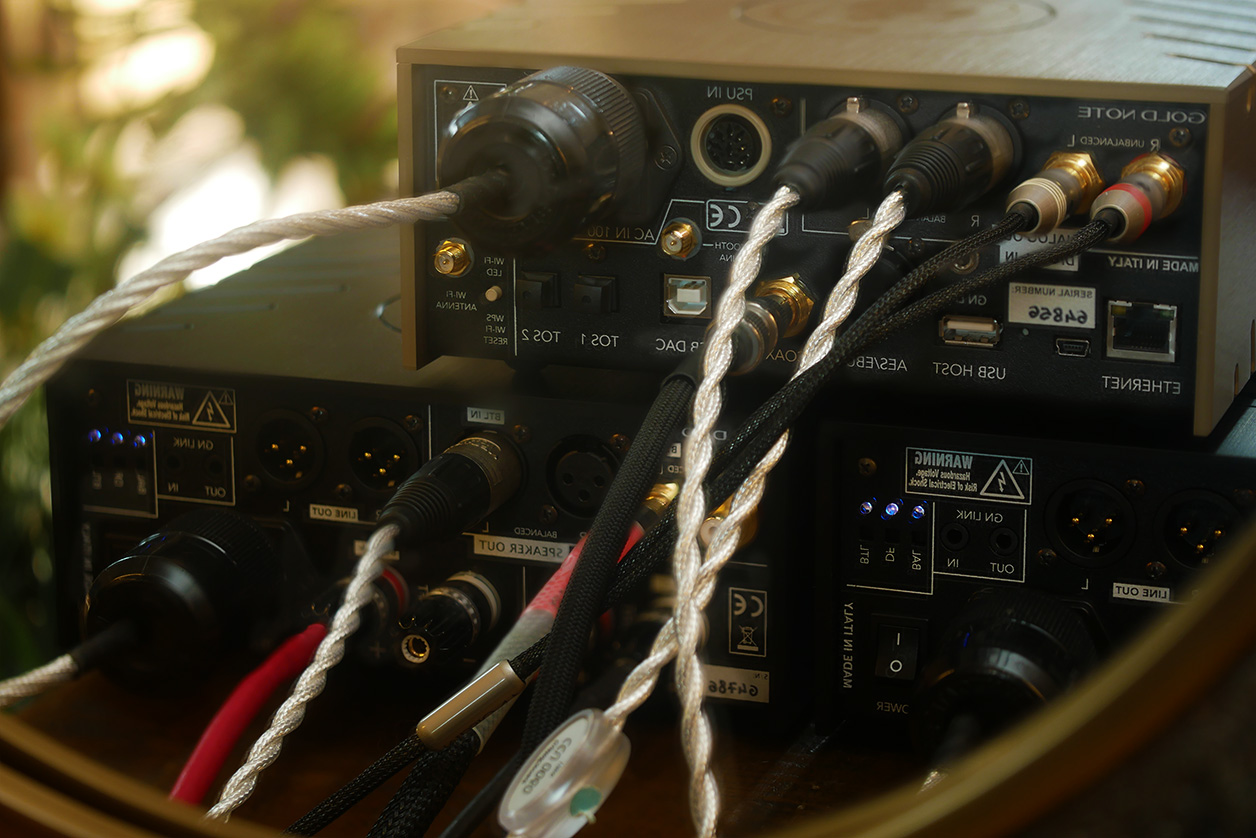 Now it was time to accrue some odometer mileage.

Whilst that turned over, I asked Maurizio Atterini to talk us through what the DAC's chameleon features control, exactly. PCM EQ are Asahi Kasei's on-chip digital filters but which number corresponds to what profile? DEE is de-emphasis. That's typically on/off not settable by degrees. How much treble cut did each number signify and at what frequency? DAC PWR was more mysterious. What did its seven different values do? Without some pointers, selecting from 192 possible permutations could seem bewildering. 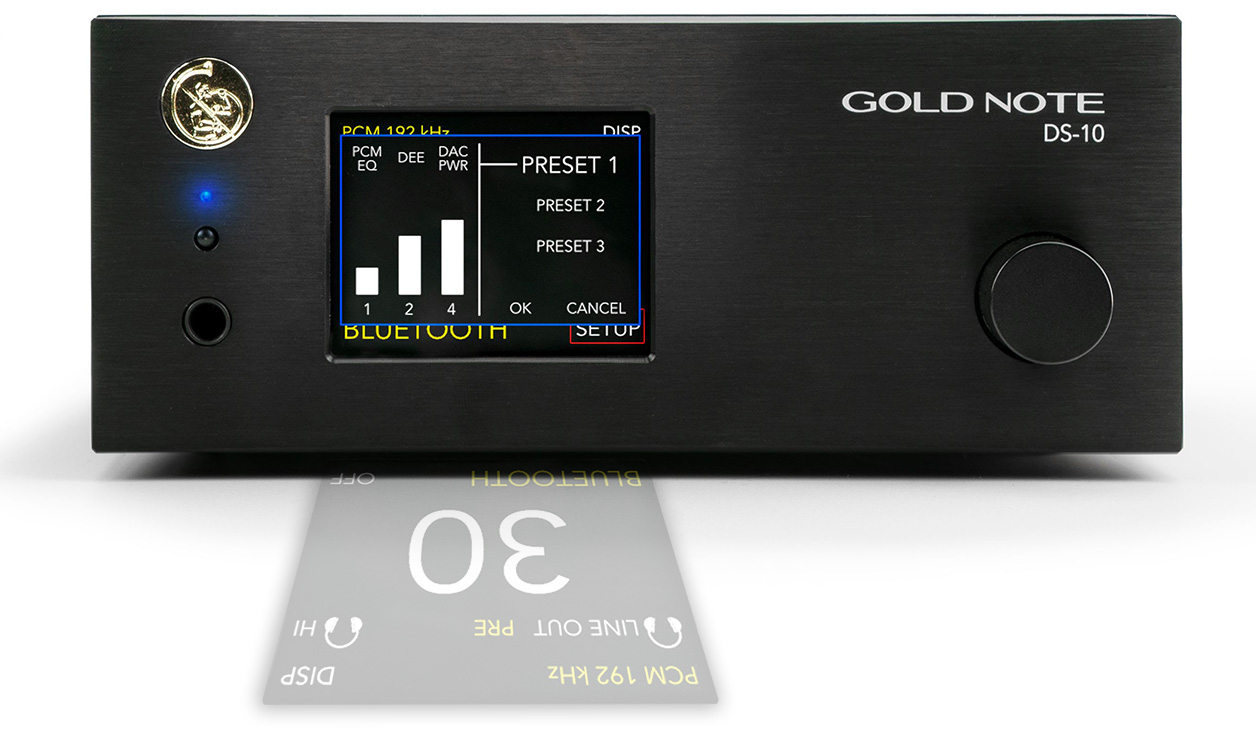 That's how I felt until an 'aha' shower moment. Then I moved the DS-10 into my best headfi of Raal Requisite SR1a ribbons on Schiit's 500kHz Jotunheim R integrated amp. By applying maximum speed, fiercest dynamics and highest resolution from floating open baffles which put nothing between ears and diaphragms (ribbon magnets live on the narrow ends above and below your ears) and which suffer no energy storage or resonances from standard suspensions, higher mass and ear-cup reflections/compression… they should drill down into the chameleon's many subtle hues. 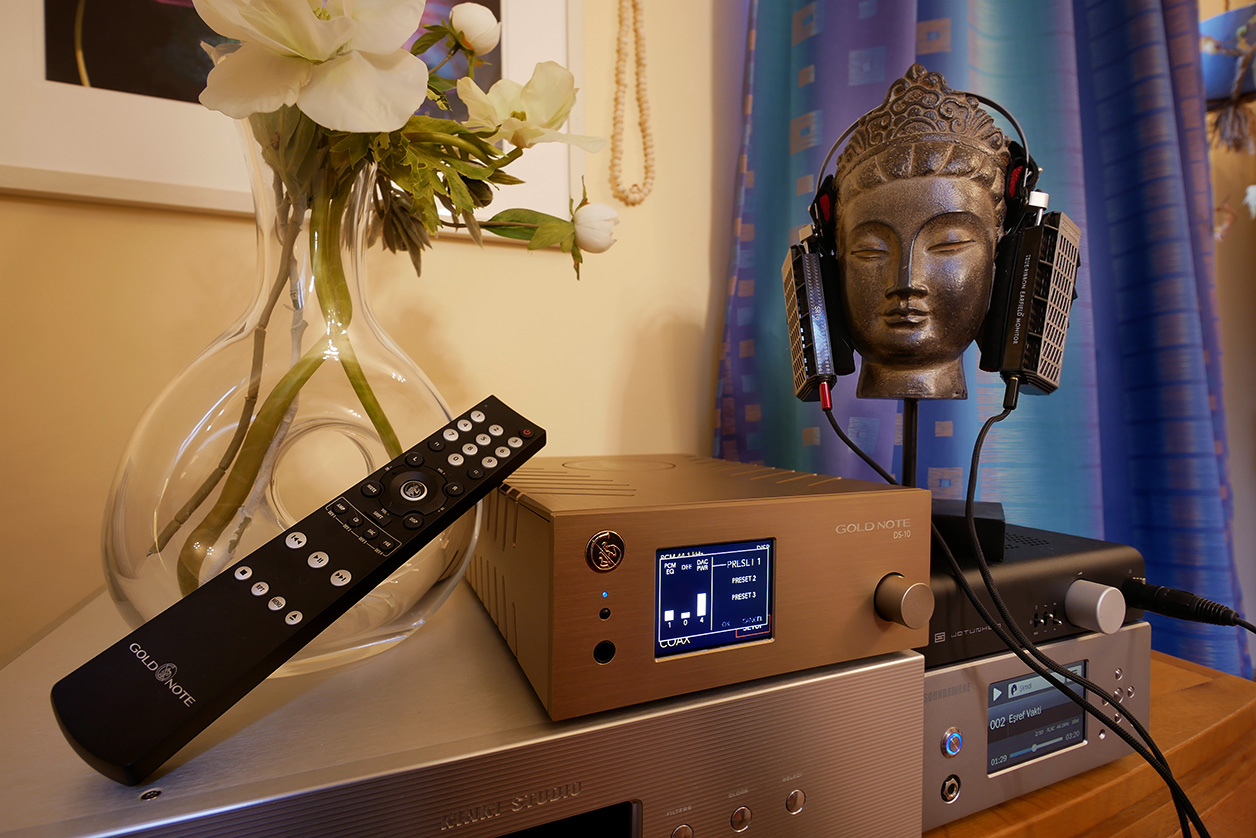 And so they did. I configured presets 1-3 staggered. Two of the three adjustment options remained identical. Only one changed by degrees which I could toggle between. I soon heard how each affected the sound. The sonic influences were on the clarity and precision of timing (what we might call beat fidelity or rhythmic acuity); on relative treble energy; and on the amount of reverb particularly for upper mid/treble decays. In an hour, I'd arrived at a favorite 1 | 0 | 4  as shown. Now the proviso. These changes were quite easily tracked on a system of extreme magnification powers. They'll get progressively less distinct as resolution drops. Worst case, it could lead to a "tried 'em but heard little if anything" reaction. That'd be fair enough but far from the true sum of it. 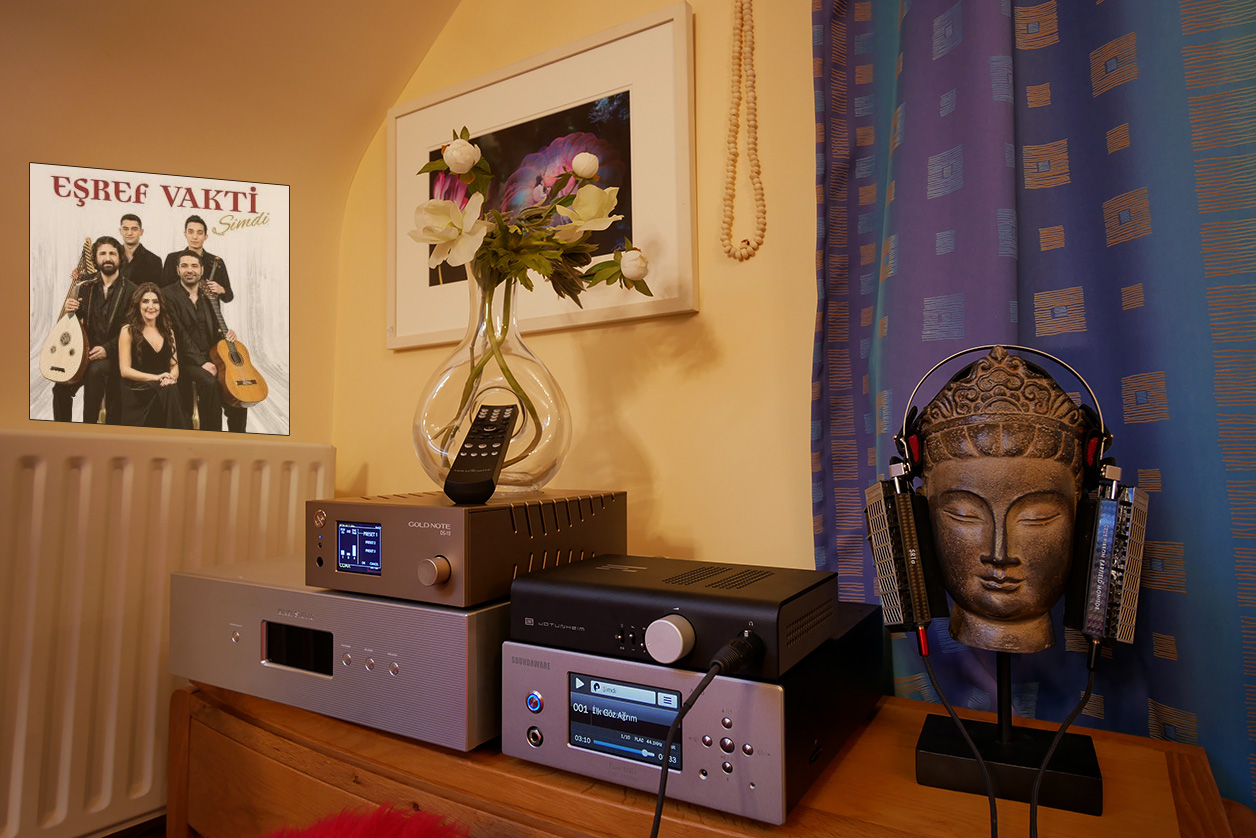 Moving back to the earlier speaker system, I was exposed to the same shrinkage of the difference delta but confident that I'd hit my chameleon's true colors. "For the filters, our numbers relate directly to AKM's data sheet. Our filters are the super slow roll-off variants. For de-emphasis, attenuation is -10dB/20kHz. Our settings change the shape of HF filters originally designed for earlier digital recordings and CD but which still work on modern music. The DAC power adjustments are unique. They modify how the current directed at the converter chip is managed. The default setting of 0 equates to 34mA of DC current. 1 = 31.7mA, 2 = 32.1mA, 3 = 32.3mA, 4 = 32.6mA, 5= 31.6mA, 6 = 32mA and 7 = 34.4mA.  If the presets are bypassed, the AK4492 operates at Asahi Kasei's default settings in absolute phase. Finally, the option card for the PA-10 mentioned in its manual is an analog adder. It allows you to use its XLR and RCA inputs simultaneously without creating interference or cross talk of any kind. It's a useful solution if one wants to use two sources on the amplifier; and for pro use."