Preamplitude. With Burson's $2'200 Conductor 3X on hand for a parallel assignment, a friendly scuffle was foregone conclusion. Standard levels for our 84.5dB all-aluminium Dutch Acelec Model One monitors with Mundorf AMT tweeter and ScanSpeak mid/woofer sat at ±70 out of 100. The volume numbers for either were big enough to be easily read from the seat. Functionally, Gold Note exceeded Burson with app-enhanced network streaming, more comprehensive remote and DAC adjustments plus SE/XLR paths on the same fully balanced machine. The Conductor went heavier on headfi with three headphone ports. Conceptual differences were analog vs digital volume and IC-based vs discrete headphone gain. Cosmetics are in the eye of the beholder but few should dispute that Gold Note's display was of higher resolution, slicker and without Burson's subtle flicker. At the end of the day alas, a comparison on features, specs and price would call it a draw between DS-10 and Conductor 3X. That makes sonics the primary decider. 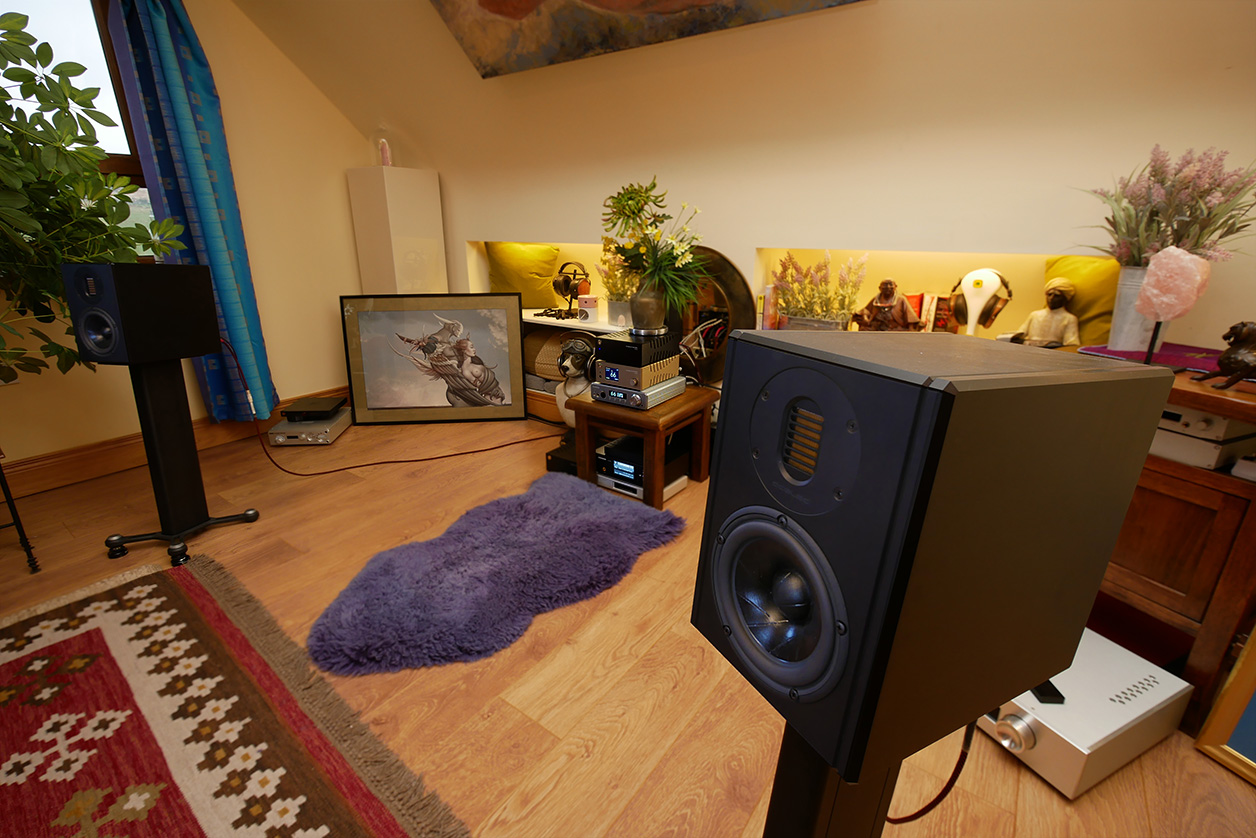 The 3X upheld a more bottom-up autumnal rendering of richly saturated colors. The DS-10 opened the virtual sky lights to let light fall in from above. That meant a more informative filigreed treble with all that entails. Think more air, greater venue decays and presence halos for enhanced mapping of space, deeper separation and more pronounced high percussive events like triangle and cymbal strikes. For textures Burson played the more matte finish to Gold Note's greater shining (hello Jack). Overlap occurred on innate relaxation. Unlike readings which emphasize extreme dynamics, locomotive propulsion and keen incisiveness, this flow made for easy listening slightly on the voluptuous side. If we rephrase it in terms of subjective presence, Burson was more about teleporting the virtual players into my bedroom. Gold Note's greater spatial cues transported me more into the studio or original venue. Either perspective has its fanciers. This is simply about knowing what you prefer.

Headfi. If a canine aviator as headphone stand could talk, ours would have barked incessantly that at ~70 on their dials, both set to high gain, these decks achieved perfect lift-off with HifiMan's notorious Susvara planarmagnetics. That left plenty of SPL reserves in the tank for when music is recorded at low median levels like a lot of classical tends to be; or for headbangers to abuse their ears with. In practice, no headphone currently made should fall  outside their gain grasp. The force and nothing but the full force will be with Susvara owners regardless of amplifier choice. 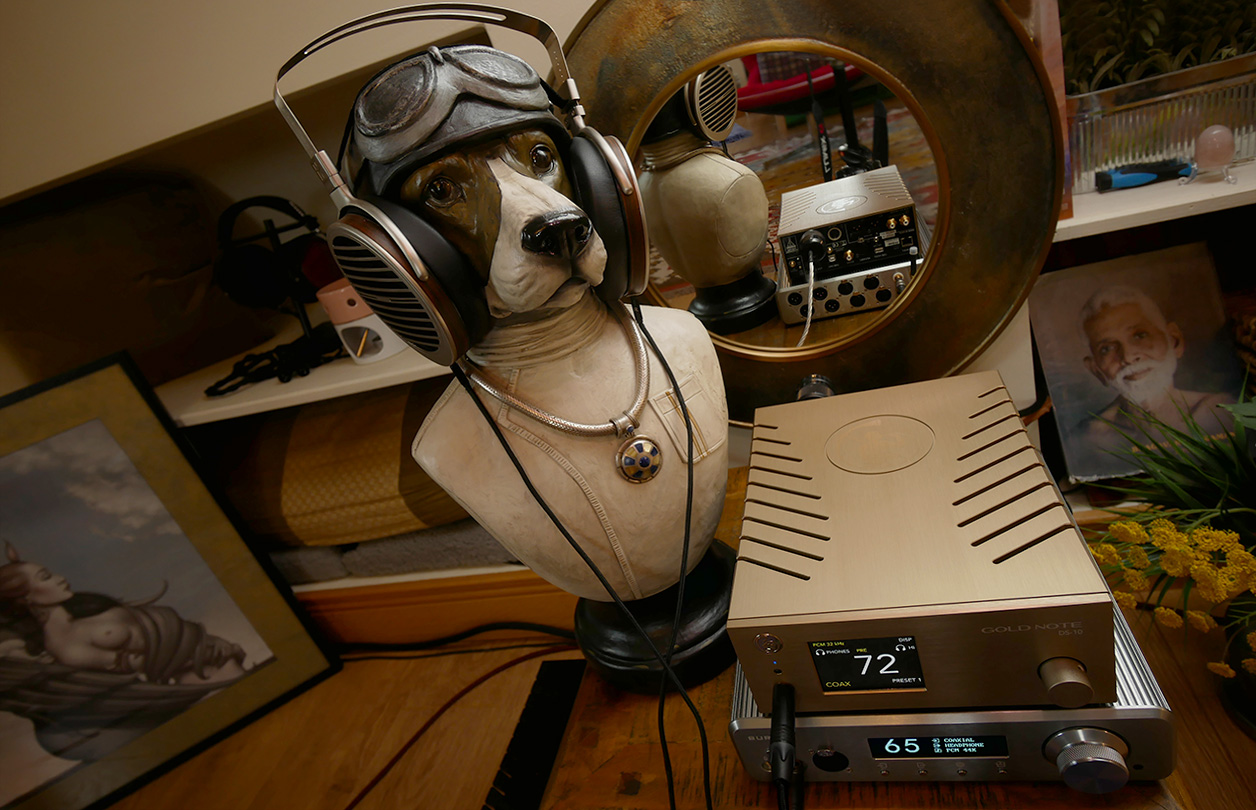 Sonically the Conductor got more juice or fruitiness from its charges. Under the DS-10 wielding the baton, they responded a bit drier, leaner and on tonal fullness not as committed. Dynamically too the Aussie tackled and charged harder which paid particular dividends in the low registers. The Gold Note was shockingly Susvara-ready for a DAC/pre/streamer whose headfi function is more fourth than first wheel. The Burson felt custom-made for this very task to hold the advantage. As thin-film designs, these electrostat-type planars are inherently not as dynamic or full-bodied as premium dynamics. On hard-to-drive cans or others in search for some extra materialization and weightiness, it was a 1:0 win for Burson from Down Under. 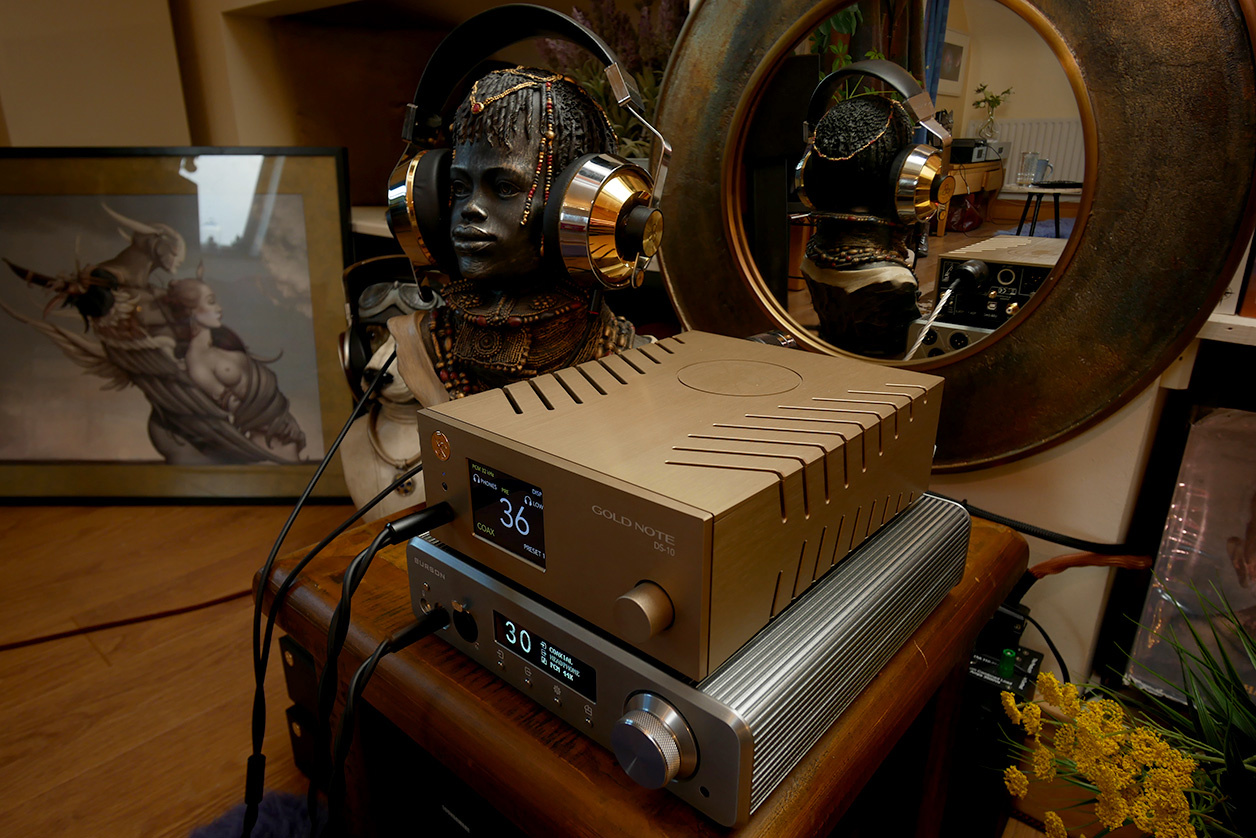 Our 105dB/16Ω Final Sonorous X occupy the opposite end of the sensitivity equation. Both decks now sat in low gain. Again they produced matching SPL within a few steps of ~30. I had plenty of fine volume gradations to not transition from 'too quiet' to 'too loud' in a few clicks. Coming off HifiMan's top planars, the all-metal sealed Japanese presented as instantly bassier, thicker, slower, more closed in, tonally chunkier and dynamically more loaded. All this dovetailed better with Gold Note's airier treble and leaner overall balance. The African warrior declared 1:0 for Italy. The tally had equalized. Pre-fazor Audeze LCD-2 followed Final's example to favor the DS-10, Sennheiser HD800, Beyerdynamic T1 and HifiMan HE-1000 lined up behind Susvara to show even better on the Burson. Given that the Australians market their deck with a heavy headphone emphasis whereas Gold Note position theirs with a stronger focus on network streaming and DAC/preamp use, I thought that the DS-10 acquitted itself smashingly well as a headphone amp. For one more data point on that, I moved to my desktop and compared the DS-10 to the same-priced COS Engineering H1 I use there.