Long live the king? The old one is dead; or soon will be once parts inventories to build AMP-13R expire. Punters favoring Bakoon Int.'s more unconventional looks to Enleum's can't wait too long. With the same team now working behind Enleum, ongoing support for the Bakoon version is obviously guaranteed. This is just a matter of cosmetic preferences aka curb appeal, limited vs. unlimited availability and funds.

What does one do with the BNC inputs? They remain reserved for the coming DAC's matching current-mode outputs which invert the usual recipe by driving a very low input impedance from a very high output impedance. That mirrors Krell's CAST mode and BMC's Current Injection scheme. In the absence of a source with such outputs, the AMP-23R is a 2-input machine. Like with the Bakoon version, the rear-panel socketry is laid out mirror-imaged relative to an invisible center line. That puts both '+' speaker terminals on the outside so one must pay attention to avoid accidental out-of-phase hookup. Likewise for the RCA inputs. They don't group l/r channels adjacent. If you go on automatic while wiring up, you'll only have sound in one channel. The silk screen is perfectly clear about all of it. Old habits just might die hard.

This is also a fast circuit to imply high bandwidth. Next we see the lab measuring its response at 10MHz. That's RF country. 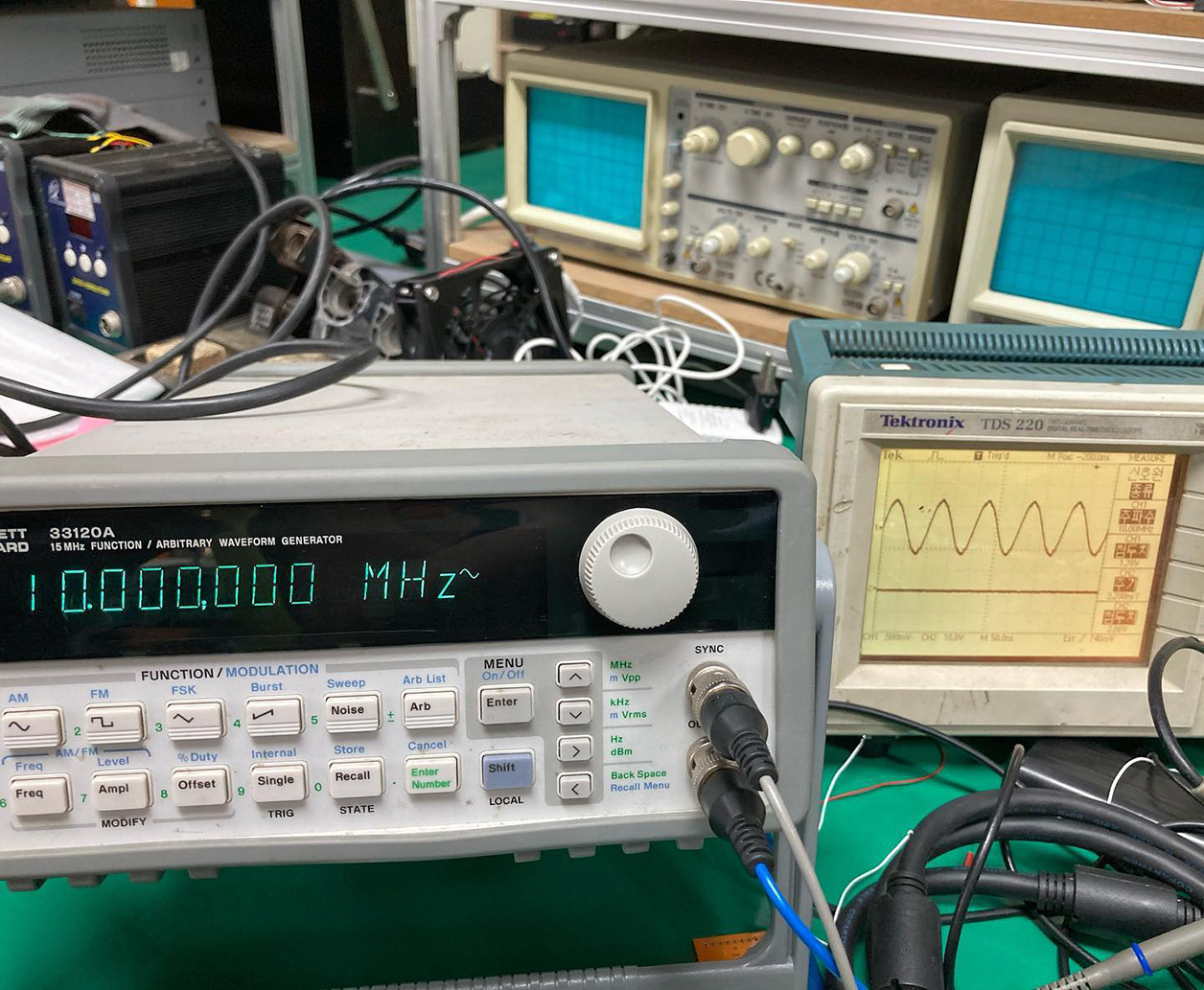 May 28th: "I was to send your review unit by the end of this month but we're having one more prototype sample run to perfect things further. The PCB too was scrutinized and redesigned with added heat sink for better noise performance and the power supply revisited for higher current delivery. The bias circuit is even more accurate now and we might call it the new JET2 Bias. I'll have a bit more once we have the new prototype ready in 2-3 weeks. My team will be able to send your unit by the end of June."

Should you wonder what speakers Soo In references during his auditions in San José, here are his new Wilson Audio TuneTot monitors on IsoAcoustics decouplers (min.Ω 6.61/172Hz, 86dB). We also spy an alternate pair of older sound|kaos Vox3 when their Raal ribbon still occupied the front baffle. Does the turntable suggest there's a phonostage on Enleum's road map already? We can't tell what Soo In might hide behind those white doors. 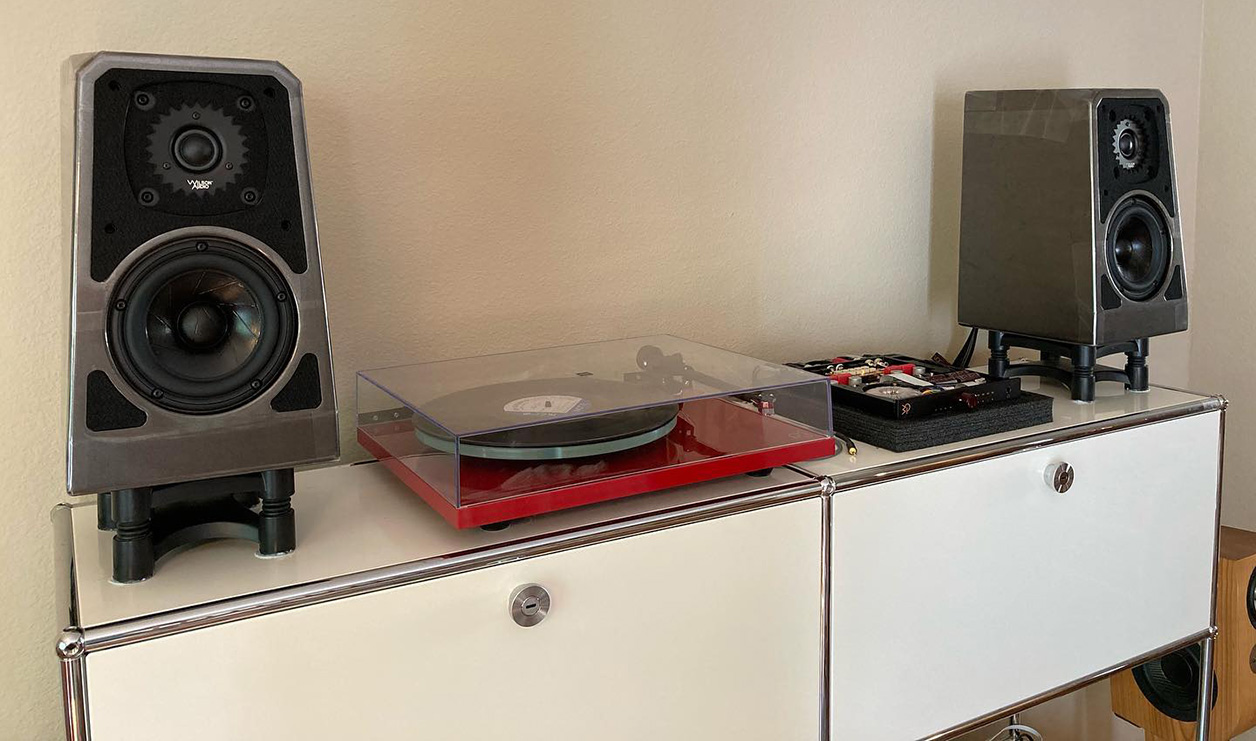 With a final round of circuit optimizations hinted at by the AMP-23R's second prototype run, I started to wonder. Would it now edge out our AMP-13R? Ostensibly the same circuit just in a new case, might not its latest PCB and firmware changes have baked in a small or not so small audible advantage? If so, some diligent A/Bs against our Bakoon should lay such suspicions to rest. By May 30th, the last rebranding detail hit. What was previously the JET-Satri input circuit—the proprietary current-mode discrete opamp with unique precision bias at the heart of Bakoon Int. amps—would henceforth be known as Ensence, "the essence of Enleum".

This ends our origin story. The review of the AMP-23R is here.