Perceptive readers know. Heat from gain devices traditionally sheds by finned radiator. Soo-In instead prefers to turn his chassis into heat exchangers. The small AMP-13R added spare footer nodes for extra dissipation mass. Scaling up power gets costly when Soo-In wants maximally compact chassis without typical heat sinks. Hence his mission to increase efficiency. Over the older Satri version, JET-Satri creates less heat. That simplifies dissipation measures to lower cost; or produce more power for the same cost. Of course even class AB remains far less efficient than particularly class D regardless of biasing tricks. Shoppers seduced by class D's watt-per-€ ratio continue to ask why you'd settle for 25 watts when the same money can buy 250. We're back where we started. Buyer sophistication. Soo-In's new brand continues to need it. His marketing should cater to it, even educate. How so? 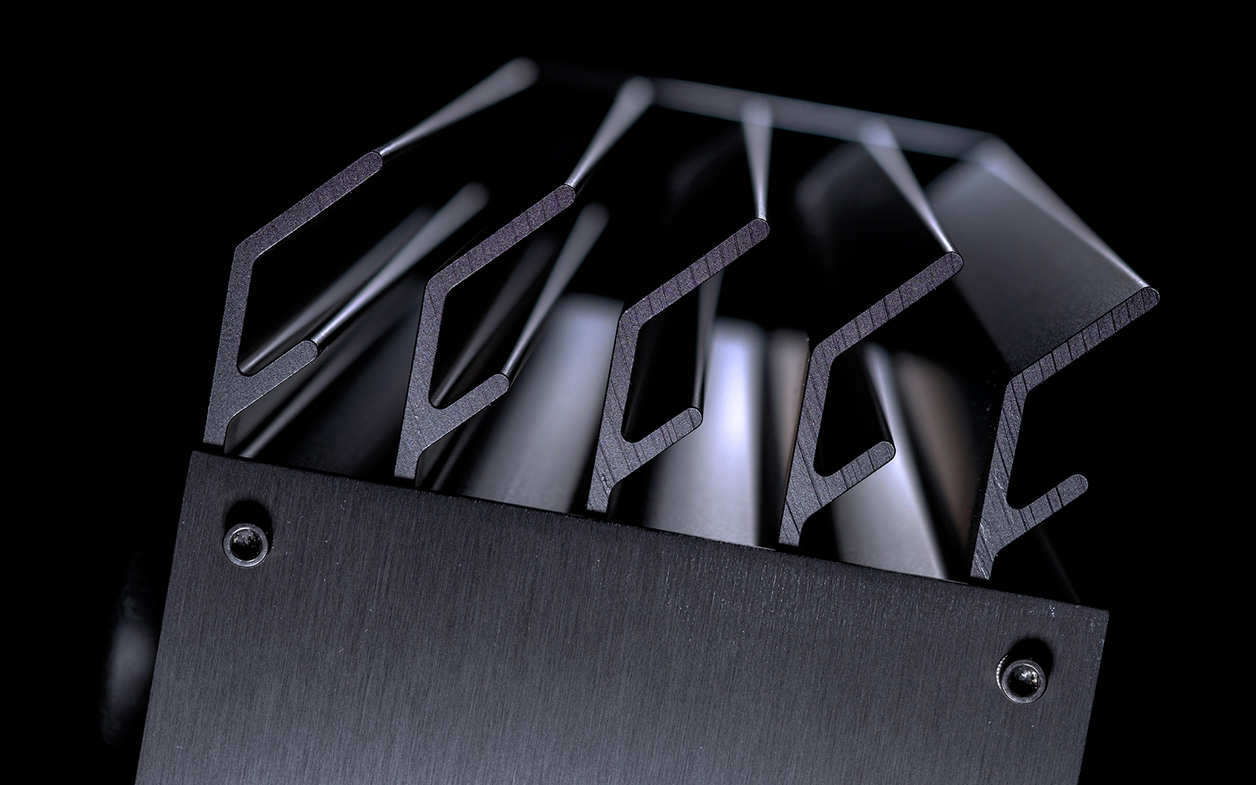 "Know what you need. No sledge hammer on a picture hanger. Speed and bandwidth trump excess power. Quality not quantity. Twice the power only goes 3dB louder. You need 10dB to get twice as loud." It's basics which parade against the more-power-rules argument. Gryphon's Essence faces it. So do FirstWatt, SET and other class A designs whose output devices conduct constantly. This picture is as old as it is fundamental. For a real-world example, our 4x6m room can run an AMP-13R into 92dB speakers with an autoformer passive magnetic preamp. For room volumes that passive sits anywhere at minus 15-30dB depending on how dynamically compressed a recording is. Connecting our DAC direct to this 25wpc amp would get far too loud. The DAC's output voltage must be cut for normal listening, squashed for background volumes.

By mid January 2021, a FaceBook teaser dropped. It showed two nicely contoured knobs and a ribbed cheek. Or was it a front panel prior to being bored out for the knobs? Either way, we had evidence of compact dimensions and elevated dress code. Such detailing means machine-shop time. That never comes cheap. Clearly the AMP-23 would be no wall flower or Electric Avenue special. 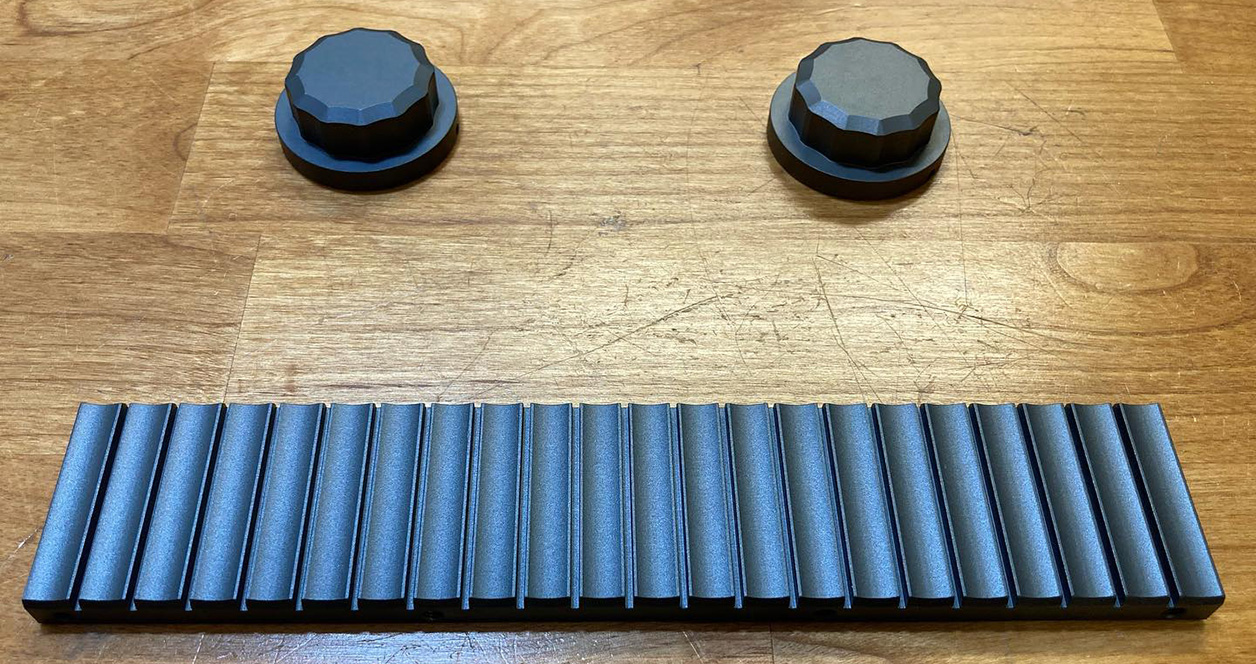 By February 3rd, the name's mystery lifted. "It's Enleum and combines Enlightenment and eum for 'sound' in Korean. The 'light' part fits our sound perfectly and reflects our Satri heritage which always stood for 'satori', Japanese for spontaneous illumination. The trademark is already registered in Korea and pending elsewhere so we should be ready when the AMP-23 launches in the spring. All goes well here, just some of the usual delays. I expected to have the first AMP-43R prototype ready to release alongside the AMP-23. This may have to delay a bit as we now concentrate on the AMP-23." As we already saw, like the AMP-13R the first Enleum has a 6.3mm headfi socket to double as statement headphone amplifier.

"I'm debating whether to include a digitally actuated attenuator. That would raise the final price; or use a motorized Alps Blue Velvet instead." To bring this machine in for less than the AMP-13R precursor, Soo-In's signature discrete resistor matrix would simplify. But a Red Dot submission was still on the docket. After the AMP-13R had won that design award, could the Enleum follow? "If so, I'd return to San José and my family very contented." Ambition makes the world go 'round. But no matter that outcome, Soo-In would be happy to skip self-imposed R&D seclusion. 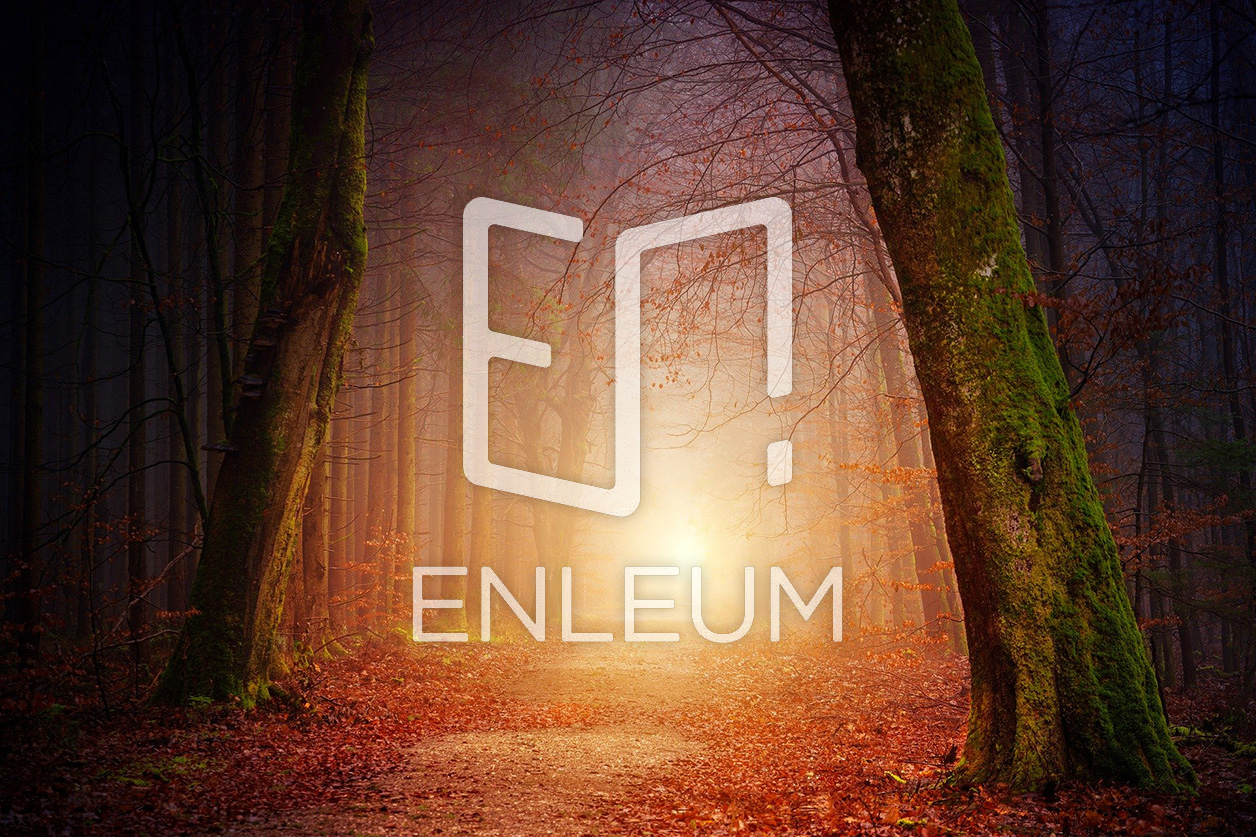 I love the new name. It reminds me of Linæum, a speaker brand with patented driver tech I used to enjoy. It's no easy thing to come up with something catchy yet meaningful which is only six letters long and still has the matching domain name available. Working an exclamation mark into the logo is extra clever.