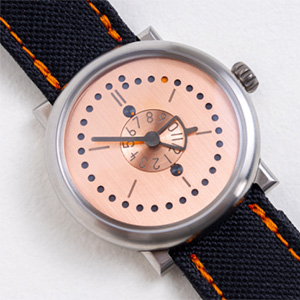 Hardware. By February 19th, "it took me three sleepless nights to prepare the first prototype to send to the Red Dot office this afternoon. This is certainly much evolved from our previous 2 series components especially considering how we were able to minimize a price increase against a full 8 years ago when we first bowed the $3'000 HPA-21. The design and construction of the AMP-23 are vastly upgraded and of course all circuitry now is truly polished and very much refined over what we had then."

The AMP-13R and its 4- and 5-series mates indicate volume with a trick if unconventional scheme of two rows of 5 tiny LED each where the lower row represents 1-9 by showing two neighboring lights for the even numbers and the upper row represents 10-50. So the number 12 for example represents by dot 1 in the top row and dots 1+2 in the bottom row, 37 by dots 1-3 on top and dot 4 on the bottom. The AMP-23 adopts a more intuitive sun-dial execution of 21 holes behind which a traveling white dot indicates the current position. Particularly from further away, that should be easier to see and comprehend. It's reminiscent of the perpetual calender watch from Ochs und Junior (Soo-In's personal execution at left).

Where the AMP-13R's volume control doubles as power switch, here the power button multi-tasks (long press = power on/standby, short press = input select between voltage inputs 1+2 on RCA and current input ENlink on BNC). Headphone gain is fixed with the central button of the remote during stand-by. For that there's no visual indicator. Very much like the AMP-13R again is the very clean almost Scandinavian industrial design with its super tidy metalwork. With footer heat sinks gone, looks are more streamlined to accord better cosmetic matches with off-brand mates. With a DAC in the wings, one can eventually build an Enleum 'stack' of bonsai audio. Showing no front, top or side screws is part of Soo-In's religion. It's testament to mature mechanical engineering. Combining certain functions like two input LED for three inputs shows a preference for design minimalism.

We might call it a Zen aesthetic which here unclutters a face plate and makes less a success. 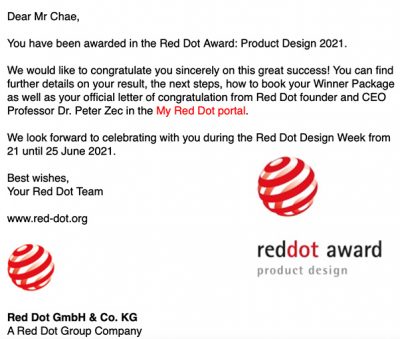 By March 15th, "as you already know, I initially intended to make the AMP-23 a standard version but as always, things progressed. At the moment, I'm thinking about making it an AMP-23R. We now have limited AMP-13R stock and can't produce a new batch soon. Our small team can't support parallel production lines. A new 'R' amp could target potential AMP-13R shoppers minus certain case work detail. This would lead us to include the AMP-13R's original power supply to make 25wpc. That makes an AMP-23R essentially an updated AMP-13R with more sophisticated control software and isolation feet we designed with a mechanical engineering professor in Korea. As for actual AMP-23(R) development, we finish all hardware assemblies this week and already started on the software. I'm a bit behind on the new website but should get to it next week. Hope to be back at you soon."

With the AMP-13R soon discontinued to signal the practical end of Bakoon Int., I asked Soo-In why Enleum couldn't host both a simpler 20wpc AMP-23 and parts-tweaked 25wpc AMP-23R when their price offset would be a not inconsiderable €1'000-€1'500? He conceded the point and said he'd think it over.

On March 17th, Soo-In attached this award confirmation for the AMP-23's industrial design. "The Red Dot award for product design dates back to 1955 and appraises the best products created every year. In roughly 50 categories, manufacturers and designers can enter their innovations in the competition. On Young Professionals Application Day, graduates of design courses who have obtained their academic qualifications within the past five years have the opportunity to take part in the draw for one of 50 free registration places. According to the motto 'In search of good design and innovation', the jury  evaluates the entries and only awards a Red Dot to products that win them over with their high design quality." 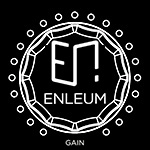 By March 25th, the R-rated decision had come. "We decided to skip the 20wpc AMP-23 altogether. The AMP-23R will be the AMP-13R's direct replacement so also have its remote-controlled discrete resistor ladder to set amplification factor. We're making the isolation footers optional. That brings the AMP-23R to $5K whilst the footers add $500. With this decision finalized, we're now starting production and hope to deliver first units by end of May."

Concluding our meandering tale, the differences between outgoing Bakoon AMP-13R and incoming Enleum AMP-23R are updated software and simpler cosmetics. The latter reflect in a slightly lower price than the AMP-13R's $6'000. Even the original 23x23cm footprint with 5.5cm height carries over. Anyone who had hoped for rather more significant savings over the Bakoon will be disappointed.

"Now I'm designing the AMP-43R. After that I'll work on a real entry-level amp where we'll try to reduce costs as much as possible." 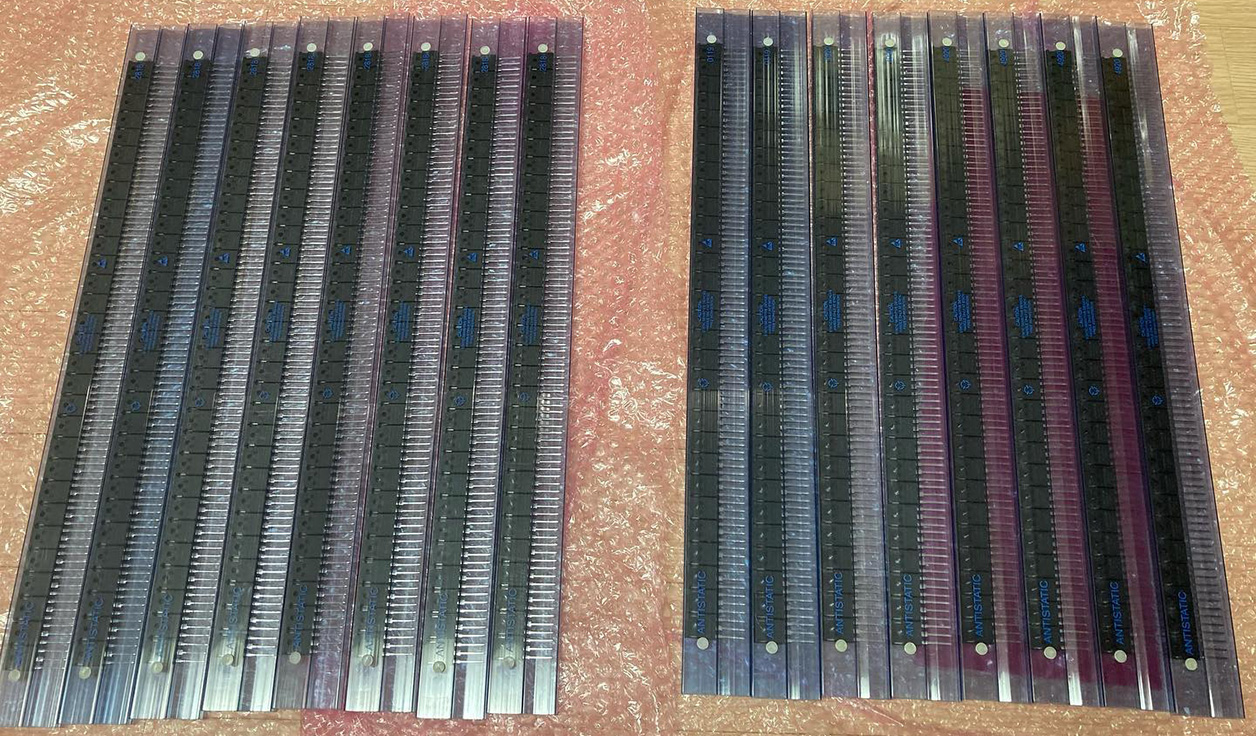 Now our story has arrived on the final stretch. 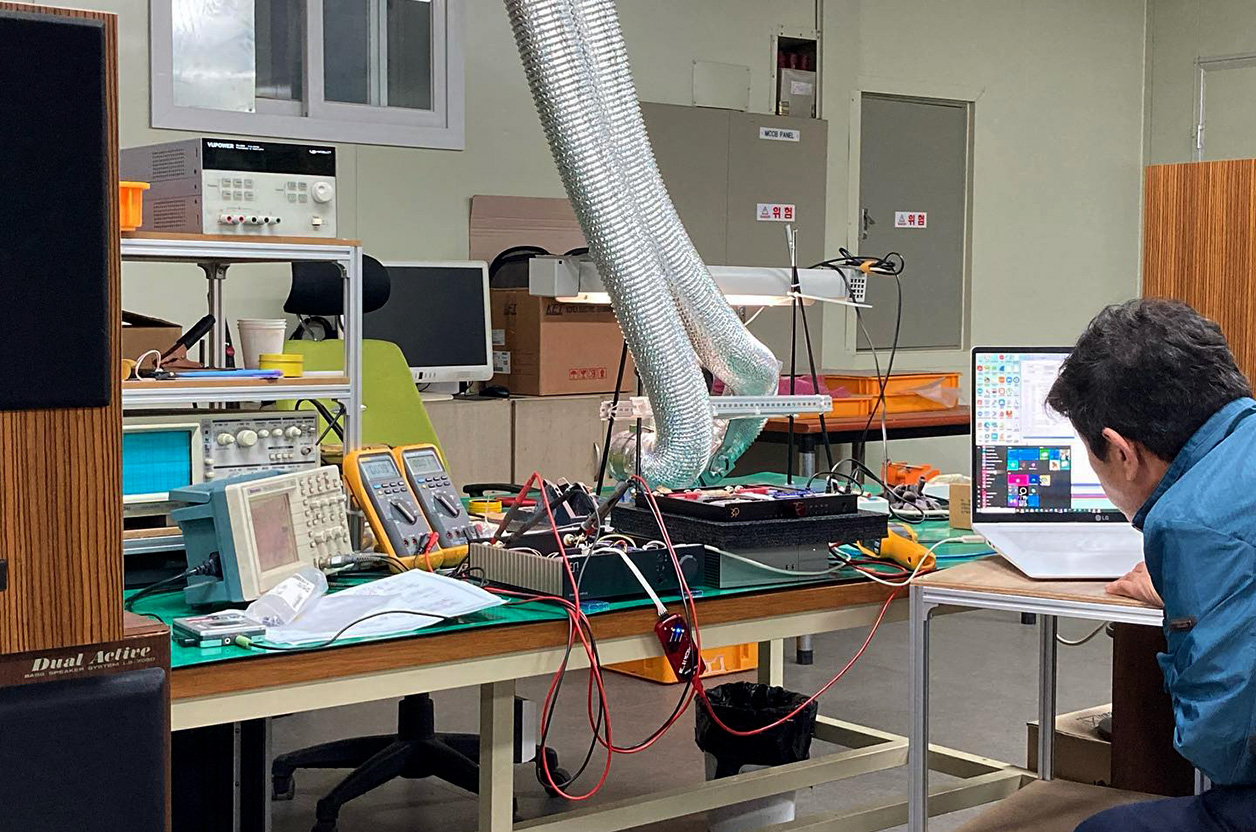 New and old side by side.