That covered the style and substance of the AMP-23R. Time for the third 's' of sonics. By August 26th, "we've been going back and forth with a safety inspection company where due to legislative changes—UKCA and KC mostly—we had to revise some patterns and AC-related parts in the power supply. Because of this we made some changes to the last prototypes which were supposed to go to you, Dawid and Alan. I decided to hold these shipments until we have the revised new production boards and inspection completed. We aim to do this by September 17th or 24th depending on the inspector's schedule." 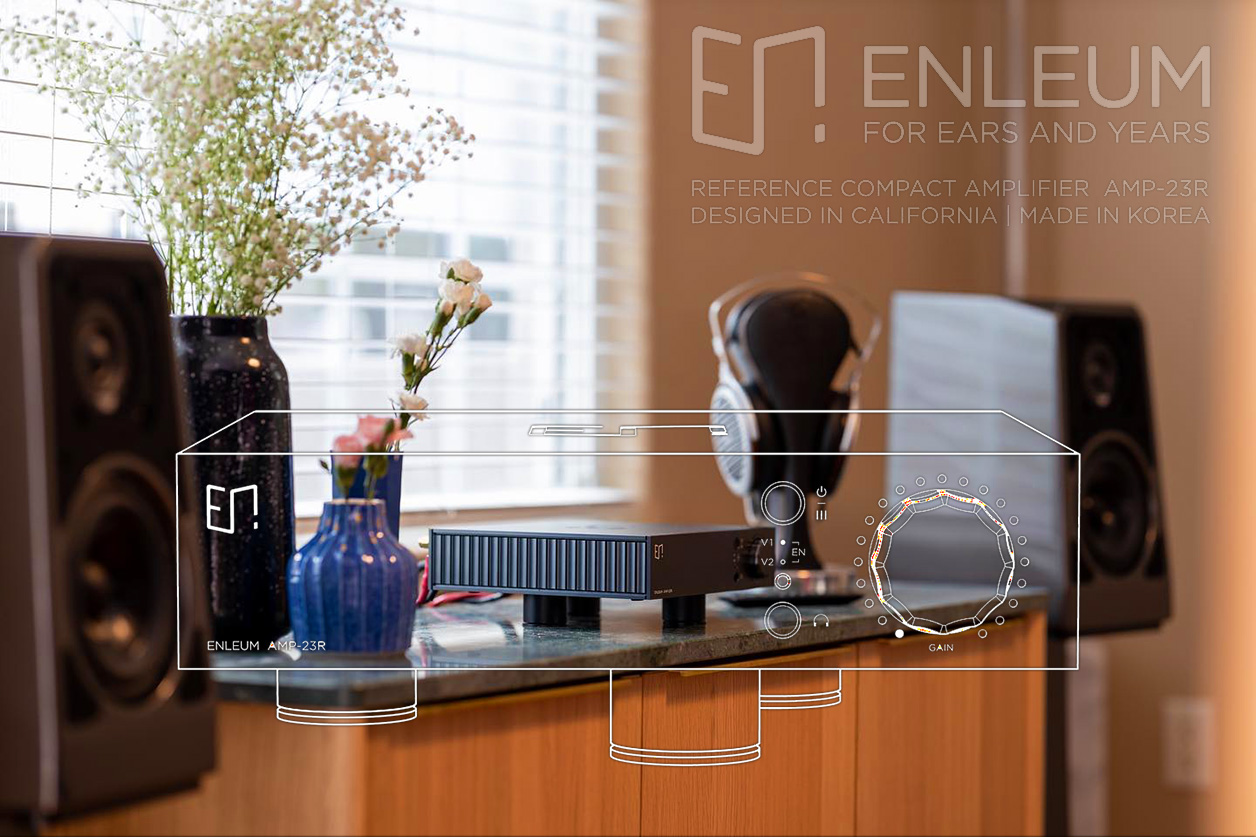 By September 1st, "I just got my sample for final tuning and confirmation. Playing through Susvara headphones, it's all done now. I think you'll be very surprised by how much we've achieved with this and I hope we'll be able to ship your sample soon." If I had it right, by then AMP-13R inventory had sold out. Was that why Soo In sounded far more assertive now that the Enleum version wasn't just elite but old wine in a new bottle? If sonically there was a "surprising" advance, had my favorite small transistor amp just become more favorite whilst shaving off a G force of wallet spin? I'd know soon enough. I even had my own Susvara to run that test in parallel. If Soo In was correct, I might have to trade in my AMP-13R. But who'd want it now if the AMP-23R was newer, shinier and still sounded better? For the number's warriors, here's how that plays out:

This view on Enleum's proprietary current-mode discrete opamp board is merely suggestive by the contact holes for its various parts. 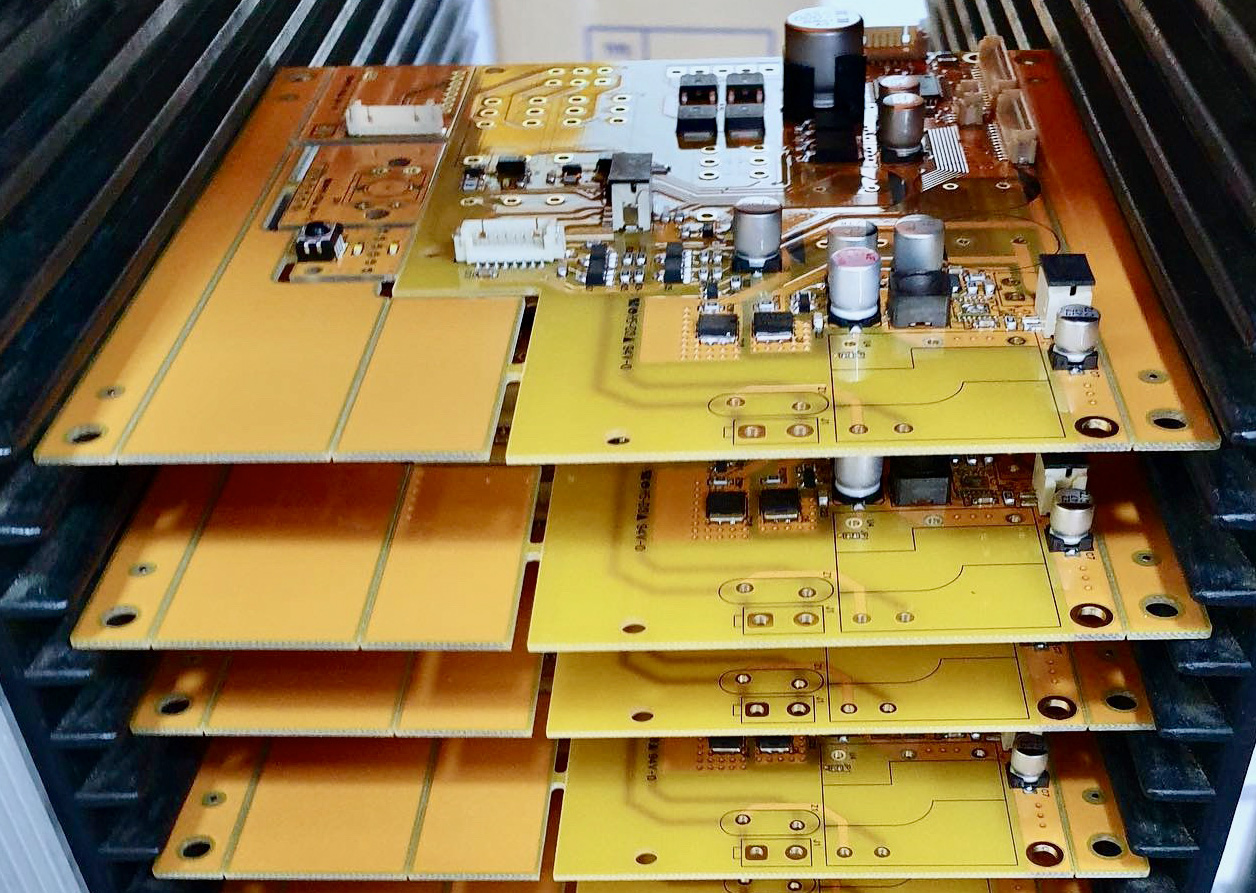 October 13th. "I’m happy to tell you that my team are now wrapping up your sample which FedEx will pick up this Friday. We’ve actually done further experiments and tweaks while waiting on the CE/UKCA inspection and new packaging which have enhanced the temperature tracking of the JET2 Bias circuit. This took some time and your unit along with a few others we ship this week has less than 50 hours of burn-in. It will get better once installed in your system so please give it a few days to reach its optimum!" 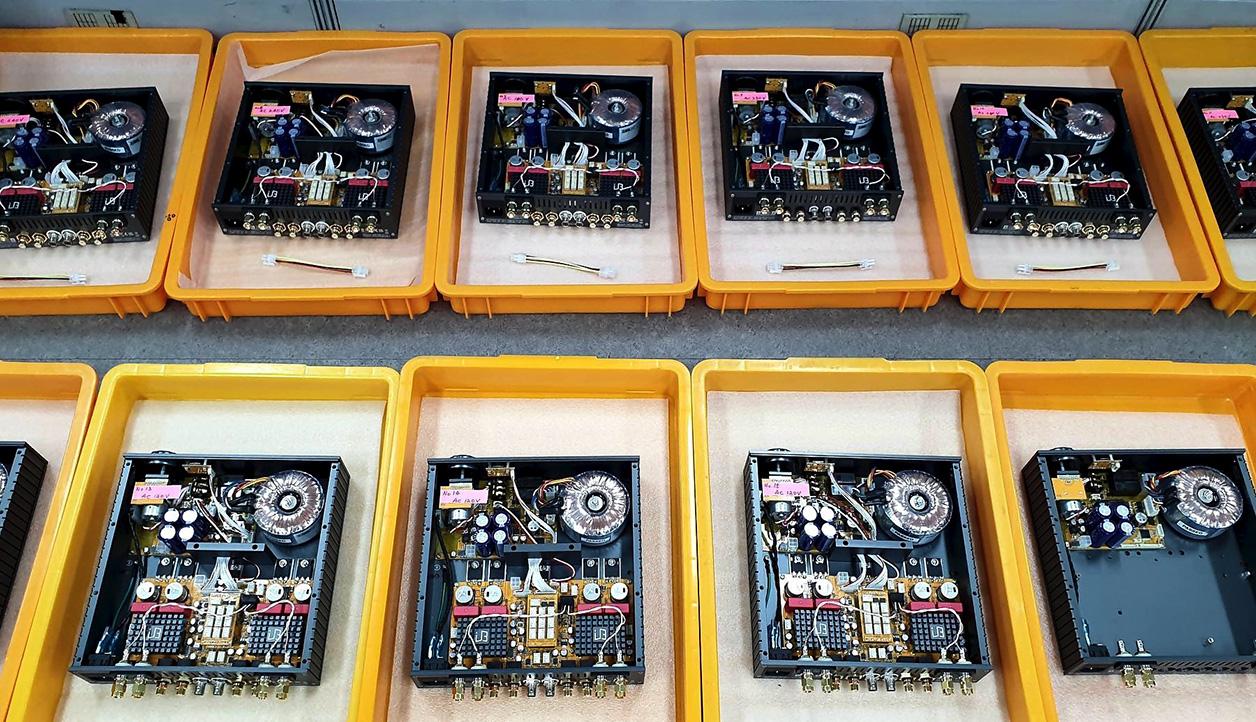 FedEx delivery from Korea to Eire was quick and uneventful. Out of the small foam-lined box came a nice branded cotton bag. Inside that was another cardboard box with thicker foam liners surrounding the amp. The three optional footers and remote wand sat in another small box beneath it. 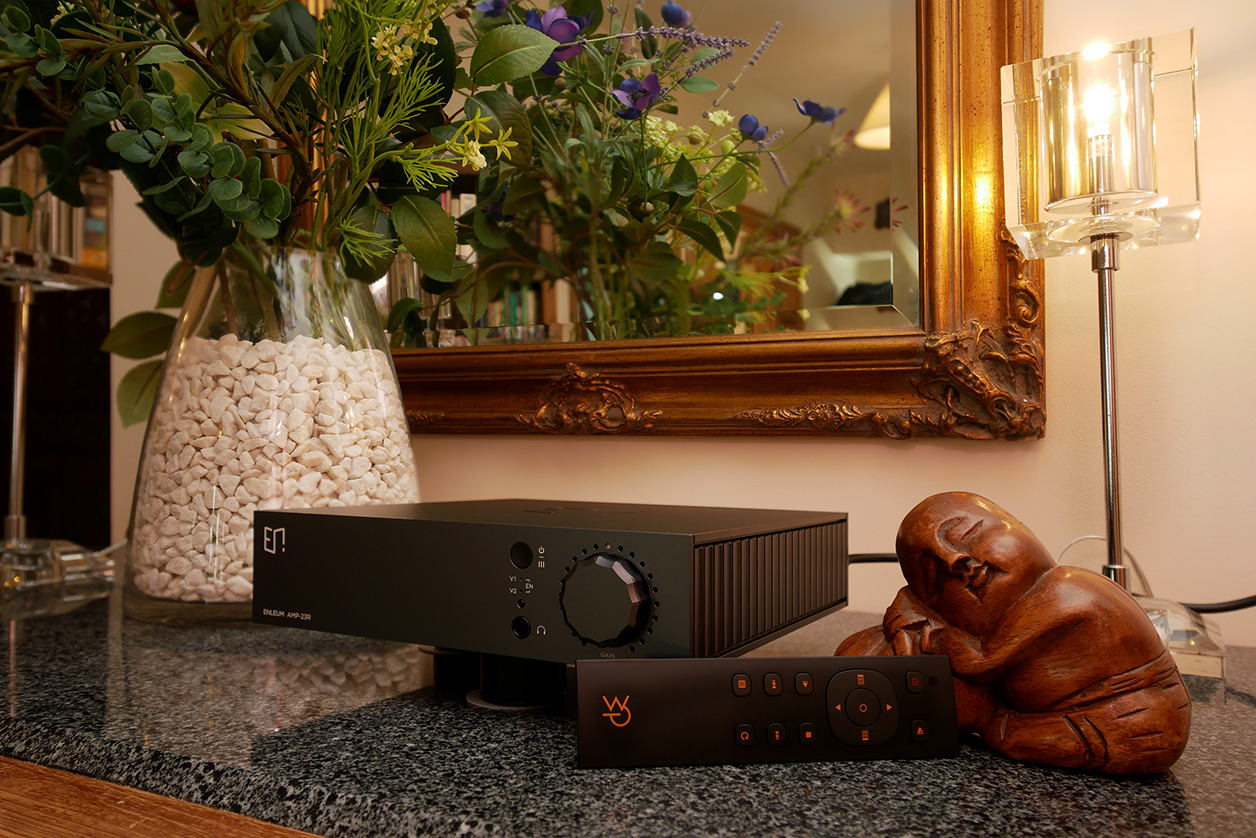 The included remote was the AMP-13R's. After Soo In's talk of their hard divorce from Bakoon, seeing the old logo and color scheme felt a bit incongruous. Three circular minimal recesses with threaded centers on the belly took the footers with their integral short bolts. The three round plastic pads go between those and your rack or shelf. Forwarding the continuous attenuator from mute to max by individual remote clicks, I counted 57 steps. How the advertised 1'024 granularity factors there I couldn't tell. Time to lend an ear or two. "As for attenuation steps, there really is a 1'024 digital step matrix executed with 10 relays (2^10=1024). When one adjusts the volume, the software reads its nearest position to calculate which step to pick. The difference between 1'024 steps is obviously very small but they do select which relays to turn on. As to the remote control, we have hundreds left in stock. Discarding them would be wasteful. Instead I'm having Enleum stickers made to replace the old logo even though we do own all the trademarks on it." 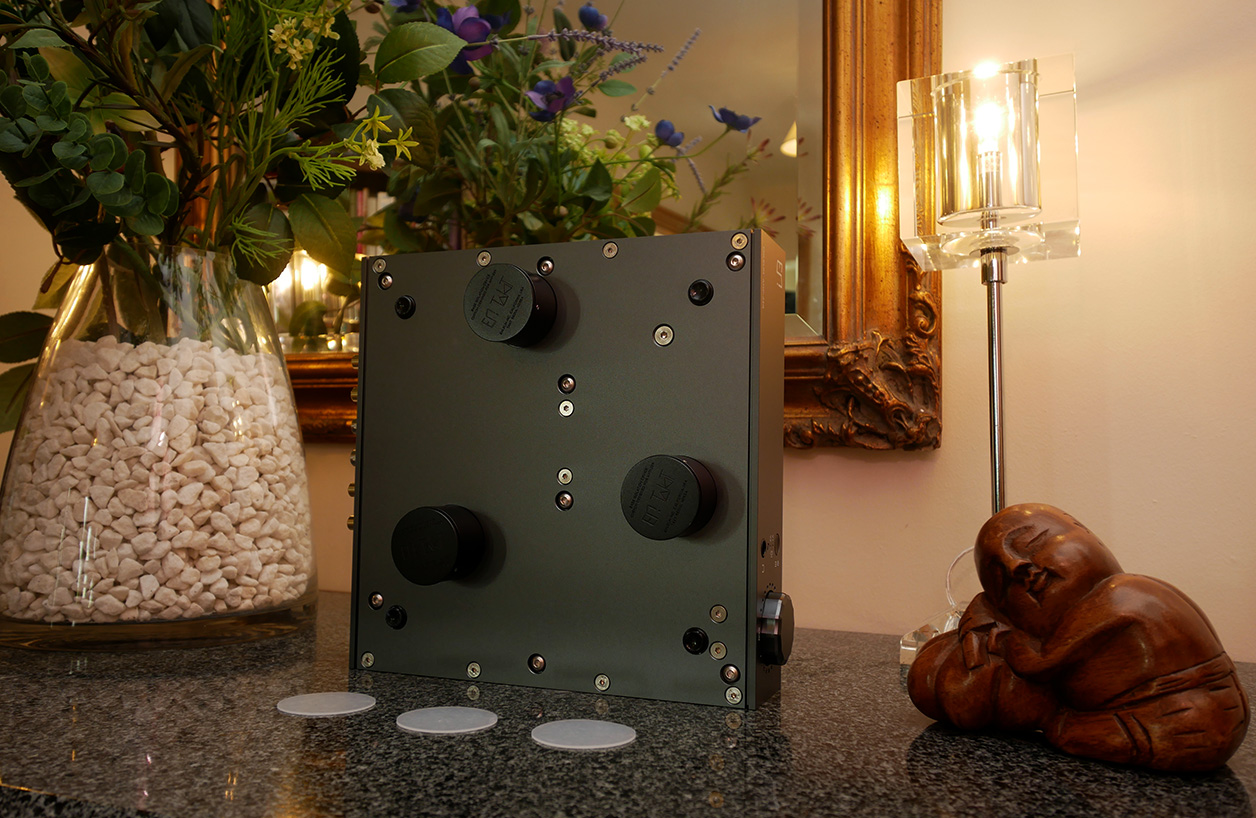