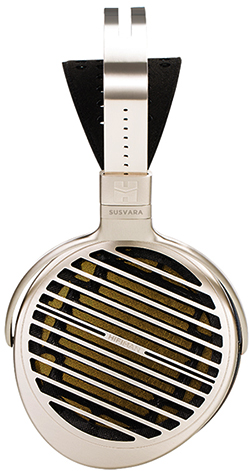 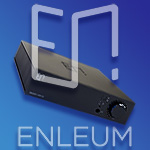 The name is Ben; Big Ben. In Hemingway's For whom the bell tolls, Pilar tells Robert: "… thou art a miracle of deafness… It is not that thou art stupid. Thou art simply deaf. One who is deaf cannot hear music. Neither can he hear the radio. So he might say, never having heard them, that such things do not exist." In hifi we have partial deafness. That's not a function of minor hearing loss but our kit's inability to resolve very fine detail. If we can't hear it, it doesn't exist; until it suddenly does. That's usually a matter of superior resolution to also involve S/NR. As the noise floor drops, it unmasks micro detail previously obscured.

Most 'phones block ambient noise rather effectively. All of them eliminate distance losses. Both are wins over speaker listening but do extract their own tax. Operational self noise becomes more critical. This further escalates as headfi sensitivities increase. Making a 25w/8Ω speaker amp quiet enough to serve uncompromised statement-level headfi isn't easy. Its high output simply guarantees that a 60Ω Susvara still sees 4 high-current watts to not just get loud enough but do so under maximal control for best bass extension and power.

Headfi eliminates the room and its time-delayed reflections. Particularly planar headphones of minimal energy storage really fancy amps of equal speed to maximize these resolution advantages. This could favor circuits of extreme bandwidth for high slew rates and absentee phase shift in the audible band.

July 7th: "Our AMP-13R stock is all sold out now. The final AMP-23R samples will be finished early next week and we did make some more refinements in the meantime. I'll get one of these shipped to me in San José to check and listen to thoroughly, then give the go-ahead to my team in Korea to ship your review unit." More units were earmarked for Alan Sircom at the UK's Hifi+ and Dawid Grzyb at Poland's HifiKnights. Noting John Darko's love of the same Wilson Audio monitors he listens to personally—his other pair is the sound|kaos Vox3 I listen to upstairs—Soo In would also ring the Berliner's bell. Soon the Big Ben of possibly four publications would spread word on Enleum's AMP-23R in earnest. Not a bad way to make a splash considering the unholy trinity of small size, low power and high price. To drive home that it's all subservient to peak performance and elite sonics might just take more gravitas than any single reviewer can throw at the subject? Let's find out.

To quote from my Nagra Classic INT review—3+ x the price, 4 x the power, 0 headfi—"…sneakiness takes intelligence to appreciate. Even idiots understand obviousness. Sneakiness is unprepossessing. It lacks instant show-off bennies. That demands a different mind set to appreciate. I call it more sophisticated and self assured. Owning a Classic INT doesn't prove one's high-end street cred. Anyone knows that separates are far superior, that a six-year old design is way old in the tooth and soon due for dentures. So INT owners won't be just anyone. They'll be somebody."

With 1'024 discrete gain settings but just 21 openings, it's obvious that the white dot will wax and wane like the 7th moon, become partially visible, then fully, then shrink again whilst traveling. 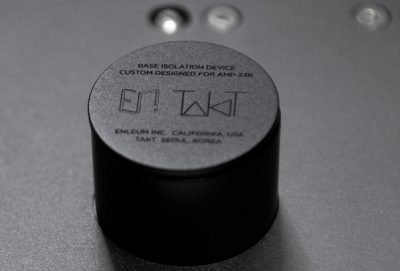 So will be today's audience. It also appreciates that headfi won't create airborne vibrations like loudspeakers. Should the add-on $500/3 isolation footers still sound better, it'll be down to minimizing vibrations the AMP-23R creates itself, perhaps with its transformer. If so, premium headphones are our hobby's atomic microscopes. They hone in on minutiae which escape most speakers. From that perspective, these footers might just be the cat's meow even if we never hook up speakers? That would be a shame; not hooking up speakers. Again, the Bakoon AMP-13R is my favorite speaker amp regardless of output device as long as its 25/45 watts into 8/4Ω do the job.

Finally, because this volume control sets gain not attenuation, it's perfectly legit to precede it with a preamp. Yours might inject a certain flavor you don't want to be without. If it's a high-gain preamp, feel free to set the AMP-23R's gain lower than max. Of course less-is-more advocates will gladly wave off the entire preamp category. Valve fanciers could enjoy sneaking in some glowing preamp glass. Either is kosher. Do whatever your wallet and ears call best. Because I run a sub and split signal via custom analog hi/lo pass, I routinely precede our AMP-13R with an icOn 4Pro SE. I've used a Vinnie Rossi L2 Sig with DHT and a Nagra Classic with small tubes. My sonic preference is for a maximally lucid fast sound with proper body so the autoformer passive is my choice for perfect subwoofer integration for which the Enleum lacks pre-outs. There's no room for properly buffered outs. Adding a sub without preamp is down to a high-level connection off the amp's terminals. That shifts the low-pass gig to the sub's electronics for augmentation mode. It's how REL promote doing subs.