As a ¾th width component, Gaia's size isn't the only cosmetic offset with either Terminator. A double-grooved fascia adds a new style. So do the black silkscreen Denafrips name on the left not middle; and the black new Gaia font. If your inner accessorizing dictator demands stricter unity, he'll have to soften up. If you come off a Soundaware DDC whose I²S pins want code 101 on either Terminator, you must first use the 'mute/phase' routine to change it to 000 for Gaia. Audirvana 3 identified Gaia as 'USB HiresAudio' and 1'536MHz ready. Our two Soundaware units limit to 192kHz.

A final setting to make on the Terminator-Plus was adjust its clock output from Soundaware's half rates to the full 45'1584MHz and 49'152MHz. Each A/B between DDC would thus involve not just cable swaps but changes to the Terminator's I²S code and clock-out rates. For easy access to the backs of two DDC and DAC each, I relocated my hardware into a 4-tier Hifistay Mythology Transform X-Frame rack in for its own review. It meant bypassing the iMac source hence USB to instead stream SD card files either I²S direct to DAC; or AES/EBU to Gaia which then passed I²S signal to each DAC. My purpose was to compare the external reclockers of D300Ref and Gaia into the T+; then Gaia+Terminator to Terminator-Plus.

For the last test—Gaia as USB bridge into either Terminator vs. iMac-direct—I had to remove the Korean rack and revert to our usual setup. 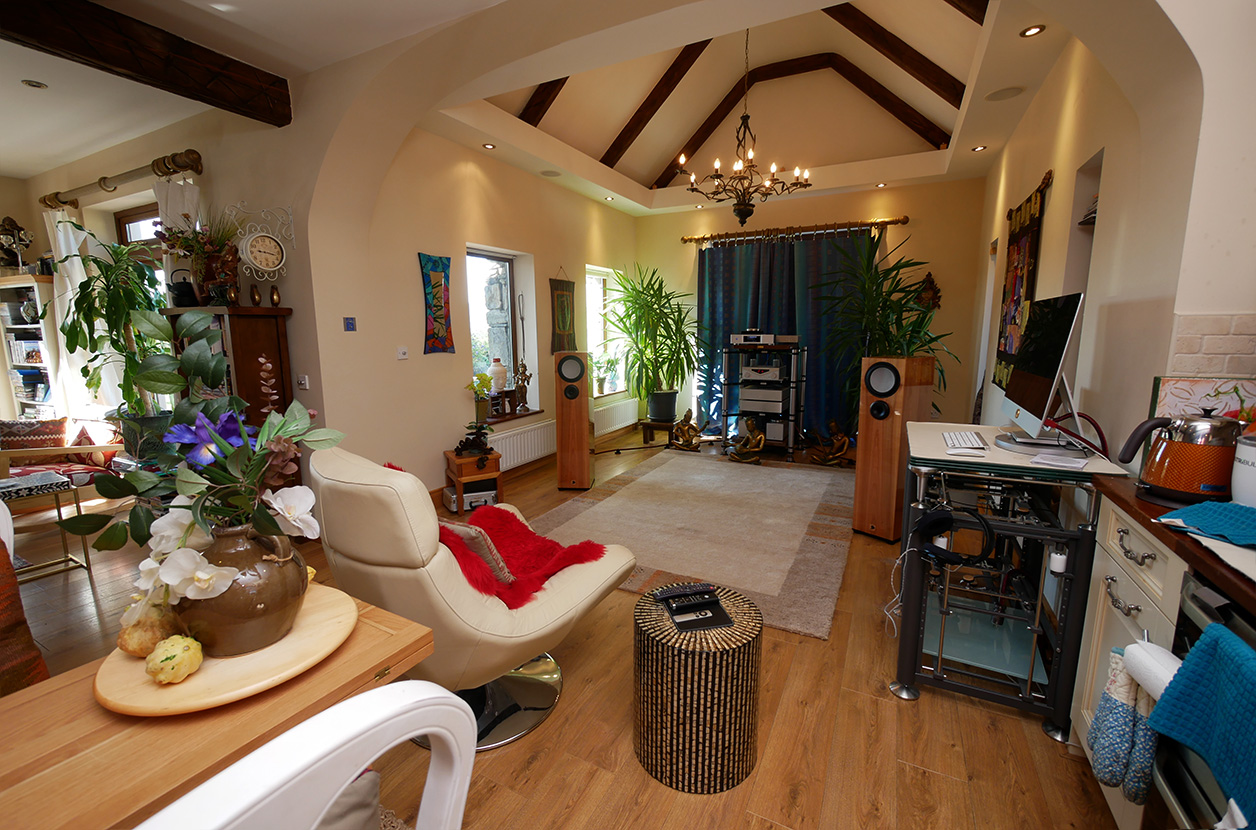 Round N°1: D300Ref⇒Gaia⇒Terminator vs D300Ref⇒T+. Happy Terminator owners like our household will be non-chuffed to learn that bolting on Gaia in I²S mode does not equal the sound of T+. What Gaia added to the Terminator was more 'digital' detail by way of higher transient precision and superior overall enunciation. Without Gaia, the DAC's tongue was slightly heavier so its articulation less precise. What T+ had over that combination was a more 'analog' midrange fullness, a slightly weightier bass and, undeniably, a sweeter more burnished top end. If we define the Terminator's Gaia gains as operating in the time/detail domain, the edge of T+ belongs to the tone/timbre territories. With that settled, how would two different clock-sync schemes differ; or not?