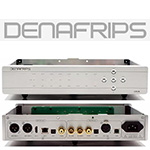 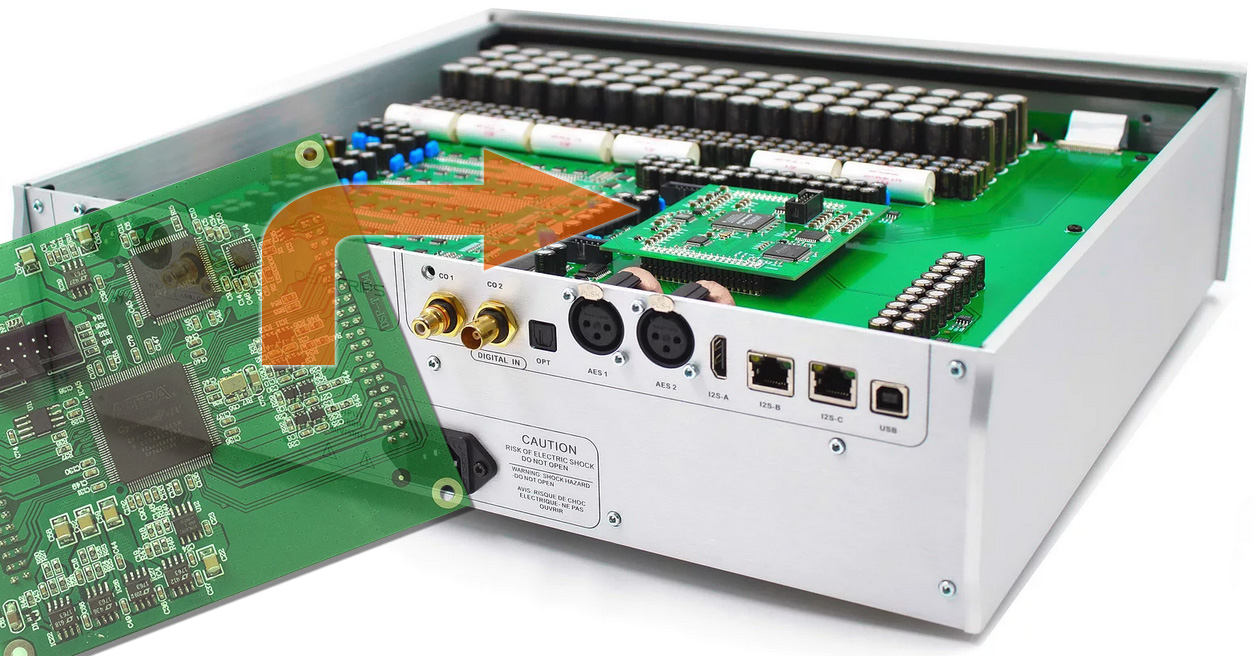 Terminator DSP board from my review of the upgraded module 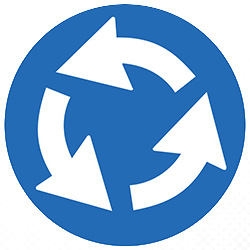 Roundabout. "Hope you're well. Have used a Denafrips Terminator for about two years. Am very pleased on price/performance. Listen mostly to 44.1kHz at 16 bits. Have chance to grab an Aqua LaScala2 Optologic. Wanted your thoughts on gains. Like you I value tone density but not at the sacrifice of inner detail. Preamp is a modded W4S STP, amp a modded Rogue Medusa with two 12AU7 I regularly roll. Speakers are Alta FMR2." That was reader Paul.

"Have you done the Terminator DSP board upgrade? It's about €200 and a major resolution update. It's plug'n'play. I've got the review in the archives. That's what I'd go with if I were you."

"Thanks. Have not and will take your advice. I presumed incorrectly that the new board only impacted DSD playback. I'll reach out to Alvin."

Paul's next email had "found the Kitsune modified Singxer Su-1 with Intona USB isolator and super-short Intona premium HDMI cable to be the best way to get I²S into the Terminator. I tried many combos/products, several a lot more expensive."

"I²S is definitely the preferred entry," I confirmed.

"Looks like your review tapped out Alvin. 6-8 week lead time on the new DSP board."

Some time passed. Suddenly Paul was back. "I imagine you get hit up constantly with suggestions but you owe it to yourself to see if Kingwa from Audiogd will loan you for review his new USB DDC with regenerative power supplies, FPGA and I²S out (among others) into the Terminator. Eclipsed the improvement the new board made with the Terminator which I would agree was significant. Kingwa has been doing digital and power supplies right for a long time without much accolade. This is easily his best effort and absolutely sublime with the Terminator via I²S."

I told Paul that I was perfectly happy with our Soundaware D300Pro. It reclocks incoming USB and outputs it I²S over HDMI to our Terminator whilst doubling as SD card transport.

"Oh good, somehow I missed that you had settled on a solution for I²S. Something special about this DI-20 however. I understand that Denafrips have a DDC of their own in the works. Would be nice if it could double as a Roon endpoint à la the Metrum Ambre. Thanks again for all of your great advice. Makes my life easier. I grabbed a Pass XA25, what a wonderful little amp. Am in conversation with Veronica in Cambridge about a pair of Kroma Mimí when they arrive." 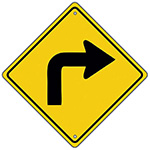 Exit. Paul's last email had pricked up my ears. I contacted Alvin Chee of Singapore's Vinshine Audio. What did he as their global marketing manager know of these Denafrips plans? "News spreads fast. Yes, it's coming. No, they are coming. Three models, entry, premium and flagship. They are all pure digital-to-digital converters. The entry-level model converts USB to AES/EBU, coax, Toslink and I²S. The premium model adds a fifo buffer and femto clock. The flagship model adds mil-spec temperature-stabilized crystal oscillators for the very best in reclocking. It will be an exciting year for Denafrips."

Unlike S/PDIF, USB embeds no clock signal. The clock is either on the send end (isochronous) or receive end (asynchronous). High-end audio prefers the latter. It puts the clock closer to the converter so past digital cable with connectors. Hifi designers can upgrade their clock over what's in a generic computer. Yet replace an upscale DAC's USB input—likely galvanically/optically isolated already—with a dedicated USB bridge which inputs its reclocked signal to your DAC's S/PDIF or I²S input. Why should that improve the sound? How many clocks do we need in series? 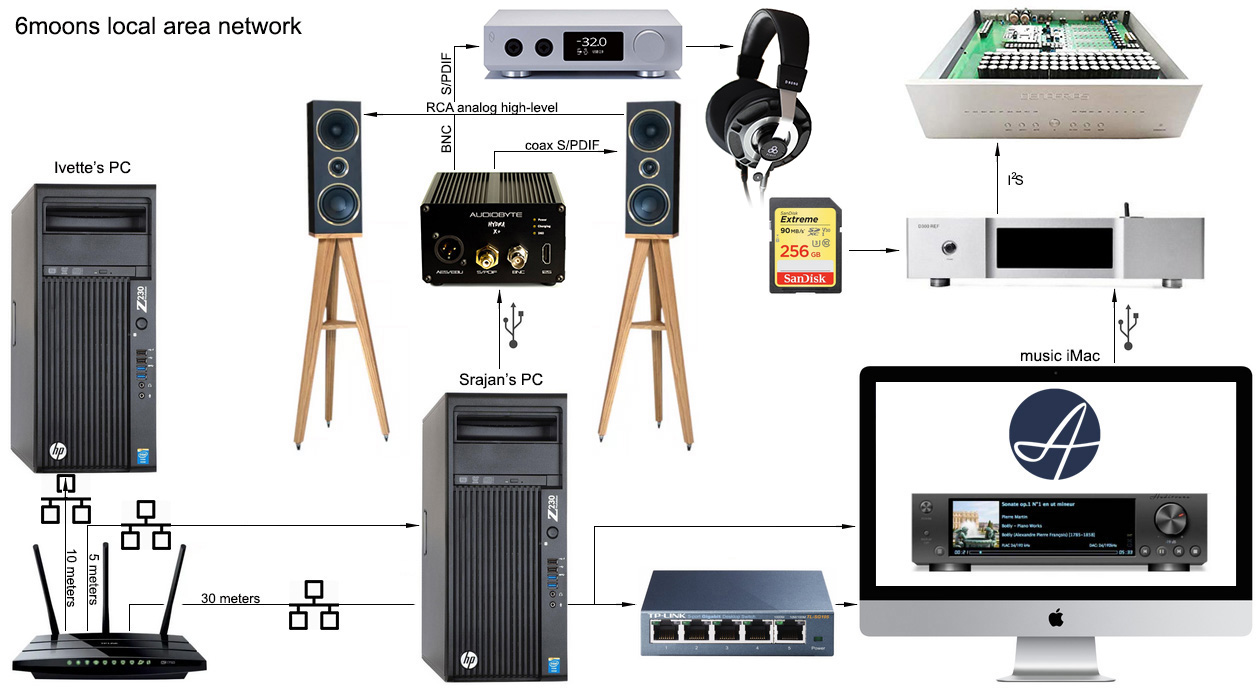 Our music iMac connects directly to the  Internet router by 30m CAT5  unless a streamer/server review requires wired access for a tablet remote. Then the Tp-Link switch adds Ethernet sockets.

As my drawing shows, a super-cap powered Soundaware D300Ref acts as USB bridge in our main system. It generates a signal with dedicated clock line as I²S over HDMI. My work desk uses the battery-powered Audiobyte Hydra X+ to generate 2 x S/PDIF outputs. One runs into a COS Engineering H1 headphone amp, the other into active Fram Midi 150 speakers. Experiments with Mutec's MC-3+USB reclocker in both systems were just as audible. Like reader Paul with his DI-20HE Audiogd, I'm convinced. Such devices can make appreciable improvements to even ambitious digital front ends like our Terminators. In fact, they can make 'audiophile' network switches redundant as I saw with Fidelizer's Etherstream. For streaming Qobuz/Tidal, it only made a difference when I bypassed the D300Ref. I'm just hazy on the exact mechanism whereby double clocking nets improvements. I'd much prefer if external black boxes couldn't better already costly digital converters. But my ears can and do accept audible benefits even without compelling explanations.

I thus think of USB reclockers like yesteryear's CD/SACD transports. Back when, listeners were surprised. Different transports sounded different. It's why Esoteric's massive VRDS sleds shown became popular. It's why, when Philips discontinued their CD-PRO 2 transport, Vienna's StreamUnlimited launched their PRO 8 successor. It already shows up in a dedicated top-loading Pro-Ject transport and in Gryphon and Accustic Arts players/transports.

It revisits an early breach of the bits-are-just-bits mantra. Transport differences refuted that only the 'A' side of D/A conversion mattered; that any wobbly old plastic sled could do the job. The 'D' side when signal is still in the digital domain matters as well. It includes digital cables. It's why better routers, network switches, Ethernet isolators and USB bridges all have their place in a no-compromise hifi system. Sometimes there won't even be sound without one. My Polish computer speakers lack a USB input. To feed them digitally, I need S/PDIF. From my stock HP work station? Audiobyte Hydra X+ to the rescue. Since it supplies the speakers, I checked whether the headfi USB DAC would sound better without it. Not. Now it gets its own S/PDIF from the Audiobyte's BNC port. A nice side benefit? I needn't change USB devices in Windows whenever I switch from desktop speakers to headphones and back. The USB bridge means better sound and functionality.