Reseating a Tombo Trøn S/PDIF cable coming off the SD card transport, then flipping Olimpico's input toggle from RCA (ZeroUno) to XLR (COS), I figured on having all the makings of a quick A/B again. But because of how the RCA/XLR inputs on the Olimpico tie together—feed it on RCA, set it to XLR and you still have sound; feed it on XLR whilst an RCA source connects and you severely attenuate the XLR signal—I had to physically unplug the unused interconnects. No big deal but unexpected. 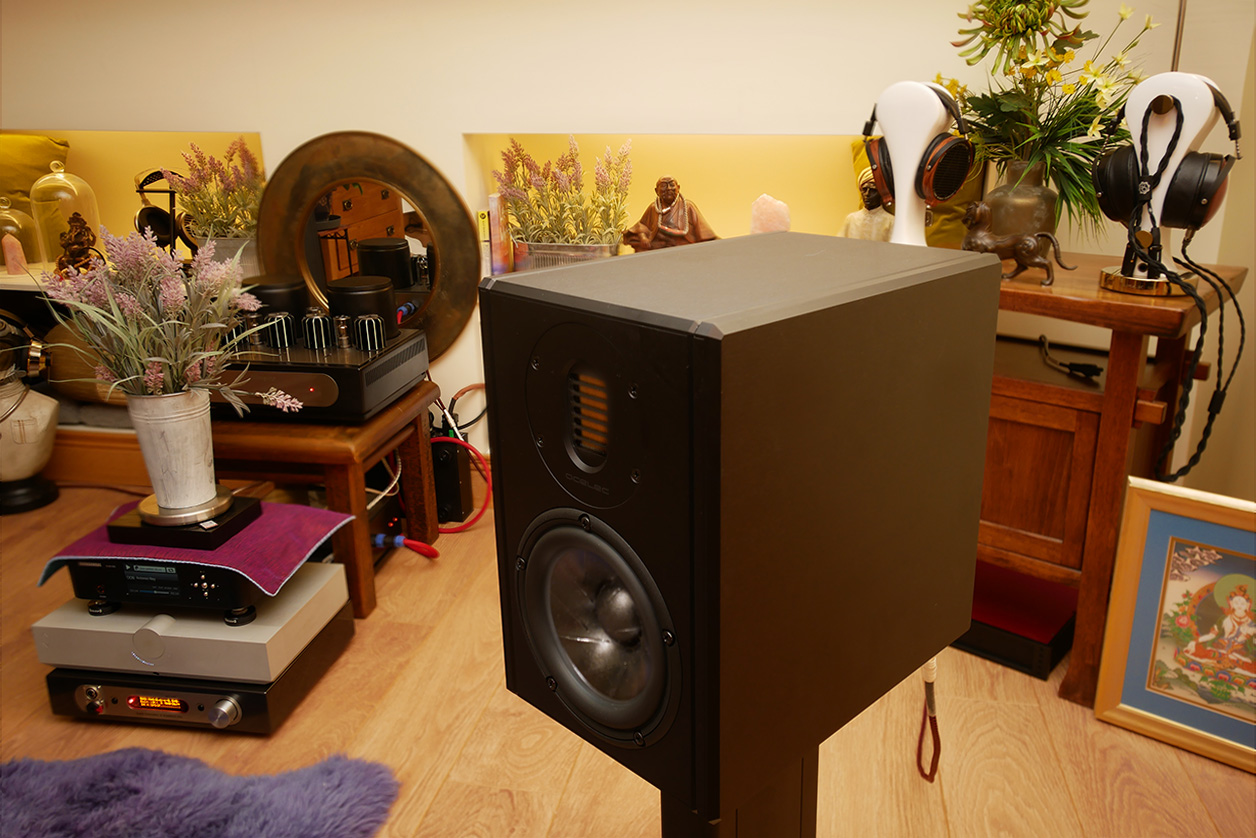 One of my test tracks was Anna Maria Jopek's "Niepojete i ulotne" from Ulotne with Branford Marsalis. One track gave me female vocals in Polish, soaring soprano sax, piano, string quartet, bass and percussion. With both CanEver products playing together, audible space increased in connective tissue to reduce separation. This was similar to how, in a downstairs assignment just then, Métronome digital separates changed this same aspect when a t|AQWO transport resampled CD to DSD128. With the COS, between-the-notes moisture dried out so separation increased. The lead vocals in this track deliberately blend with the accompaniment. Hence the COS version gave me better insight into the voice and the mixed timbres of the background string quartet.

On the flip side, going all CanEver meant bigger dynamic gradients and higher tone mass. Personally, I fancied the D1/Olimpico pairing. It better played middle path between chunkiness and transparency. To set the ZeroUno on a similar track meant using its leaner DAC-direct outputs and bypassing the fleshier active output stage. Interesting in this context were the virtual DSD textures which swapping converters had called the primary distinction. The COS played up transparency, separation and micro detail. It was texturally drier. By placing more emphasis on the connective tissue between/around sounds, the ZeroUno combo portrayed space as more overt context. All the sounds shared in and were glued together by it.

To visualize that, think of swollen soft grains stick together like arborio rice in a pudding, not thinner basmati for a Thai curry whose grains don't stick. A proper Venetian risotto meanwhile is creamy yet al dente. It's the final process of mixing in parmesan emulsified in butter that creates the glossy creaminess coating all grains. But unlike a pudding's, our musical risotto grains retain proper cores and crunch. Tones aren't soggy and overcooked. They're firm and thick yet enveloped in the cream of the connective spatial tissue.

Now take a superbly recorded space-exploring heavily layered track like Randy Tico's "Caravan of dreams". It's from his old Earth Dance album on Higher Octave with Jorge Strunz on guitar and Charlie Bisharat on violin. Mario CanEver's voicing narrowed the spaces between performers and filled them with that connective-tissue fat. A leaner amp like our Bakoon AMP-13R widens those spaces. It leaves them empty. That makes it easier to mentally go walkabout and penetrate the virtual stage anywhere. A good example for making the opposite choice—for the more enveloping ambient-rich thick space of a symphony hall, not the emptier space of a drier close-mic'd studio production—is Hughes de Courson's closer from his first Mozart in Egypt album. A Sufi dance intro with Mawal vocals flows mysteriously into a segment of Mozart's Requiem. Here the CanEver² aesthetic felt obviously the more apropos.

At this juncture first impressions were sorted. It was off to bring Olimpico down into the big system with true full-range speakers.