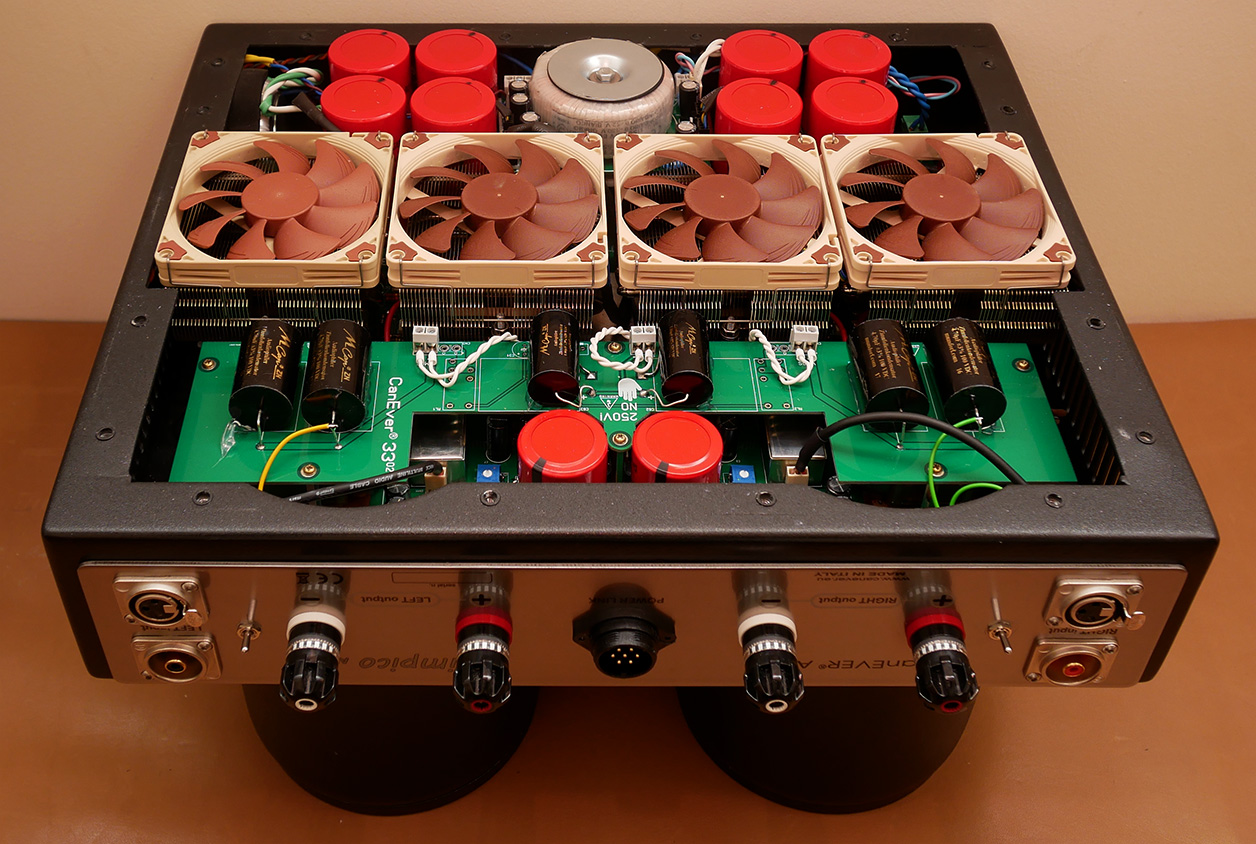 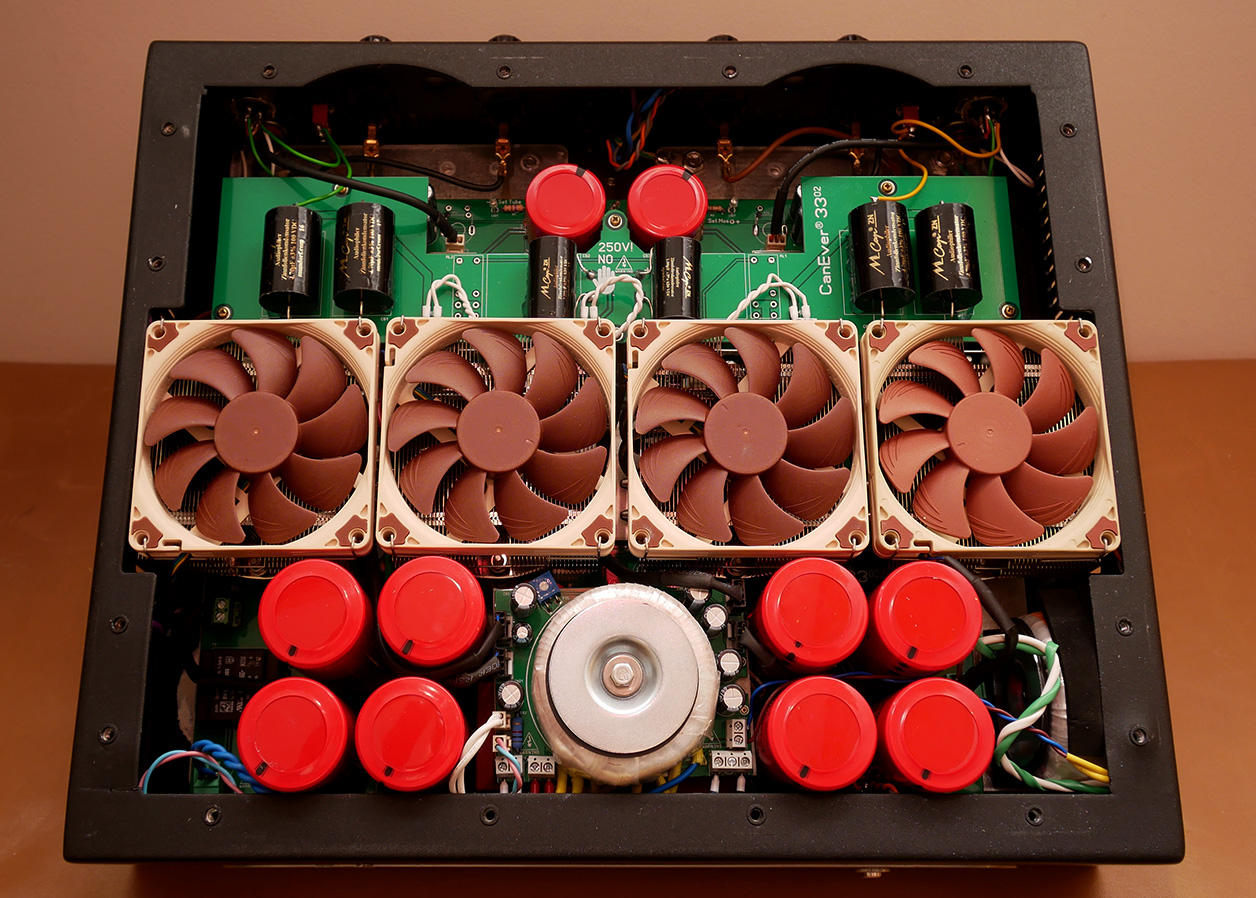 … and that respectively. "You can say the amplifier is made up of just two active stages and three transformers but from the bottom it is built like a tank. You see mainly the power supplies. The big effort was designing all the power supplies needed to let the amplifier live. There is one switch-mode power supply for the Mosfets, one linear power supply with inductor for the anodes and shunt regulator, one classic linear ultra low-noise supply for the tube bias, another for the Mosfet bias, another for the fans and on a separate transformer are the tube heaters. Everything is powered separately, each with a topology chosen to supply the best possible power for that stage. Also the fans and their controller have their separate ultra low-noise power supply. That's essential. In fact the amplifier can work without fans, there's a blue trimmer to set the dedicated power supply to do this. Now you would have 5°C more heat on the daisy heat sinks." 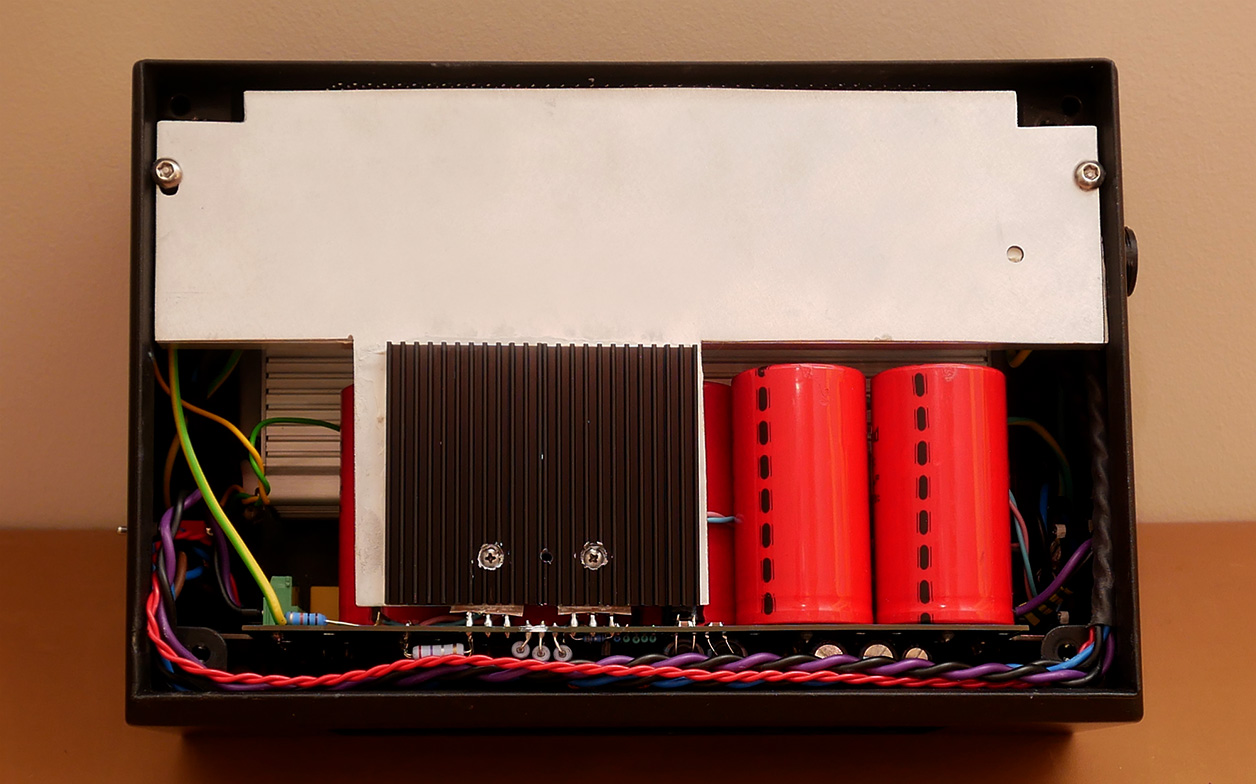 It sounds like a mantra fit for a tribal chieftain: power is all.

Because the power i/o for the PSU are on opposite sides of the case, most users would probably prefer installing it sideways as shown. 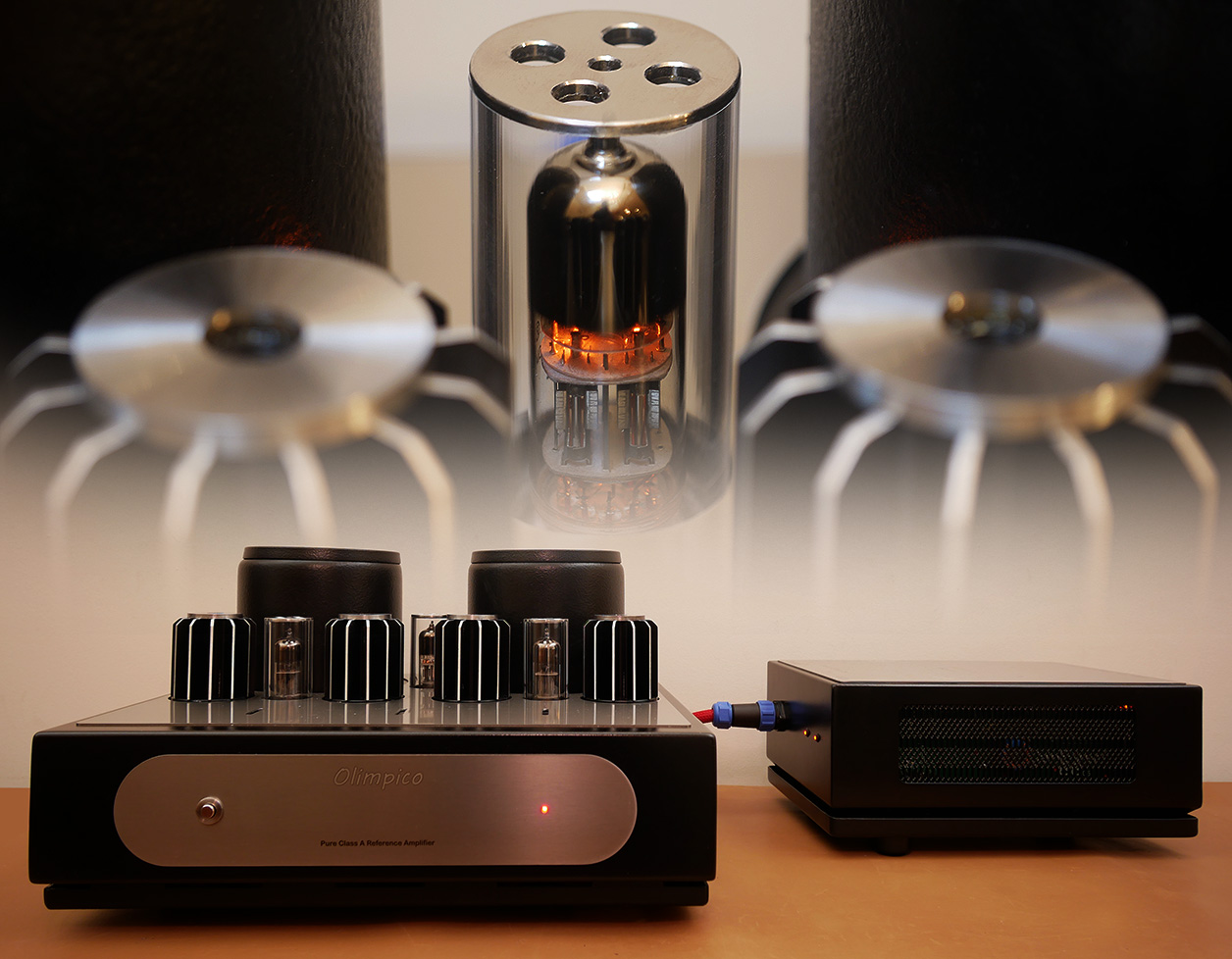 The regulator valve will glow a nicely burnished orange whilst the actual voltage gain bottles play it more subdued. Power up caused zero mechanical transformer reactions that would have to settle down. On that score, Olimpico behaved like a stone. Nothing happened except that the lights came on. 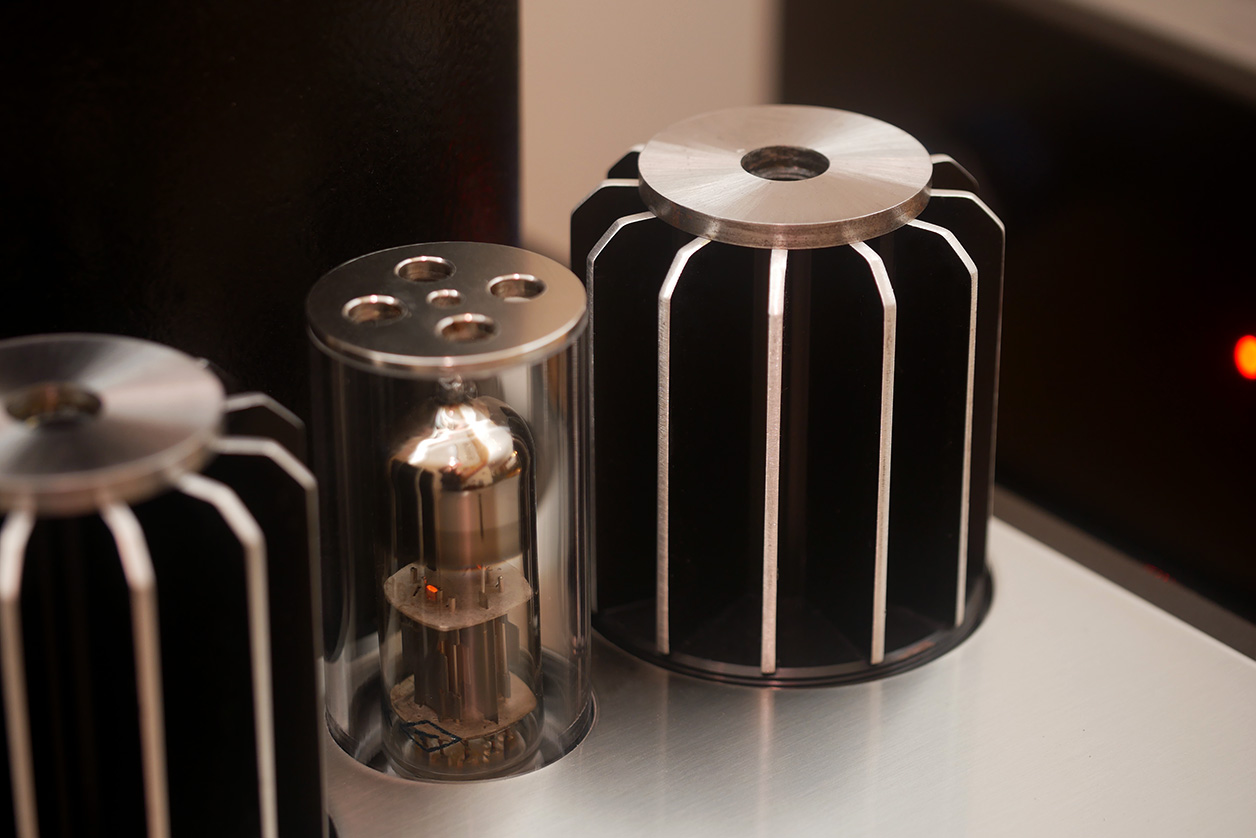 The heavy-iron introduction of the first page waved 'hello' with seriously imbalanced weight on the transformer side. This is a heavy operator whose mass concentrates very specifically beneath those black hoodies.