To continue with the list of departures from Burson's historical allegiances, gone is the famously challenging Tenor USB receiver chip with its fickle behaviour which didn't always mesh well with streamers. It's become a far more ubiquitous XMOS for compatibility up to PCM 32/768 and DSD 512. Unlike Apple or Unix users, Windows users must install a dedicated driver. Team Burson indicated that they are putting final touches on a new driver that will deliver significant sound improvements. Since I rely on Unix streamers, this wasn't something I could validate. One thing that didn't change is reliance on Sabre's ESS chips for digital to analog conversion but updated with their very best of the moment, the 32-bit ESS9038 usually found in far more expensive gear. Swing simply didn't get the 8-channel ‘Pro' version which can parallel channels for even better measured performance where its two-channel sibling already clocks reference-setting dynamic range and THD measurements. 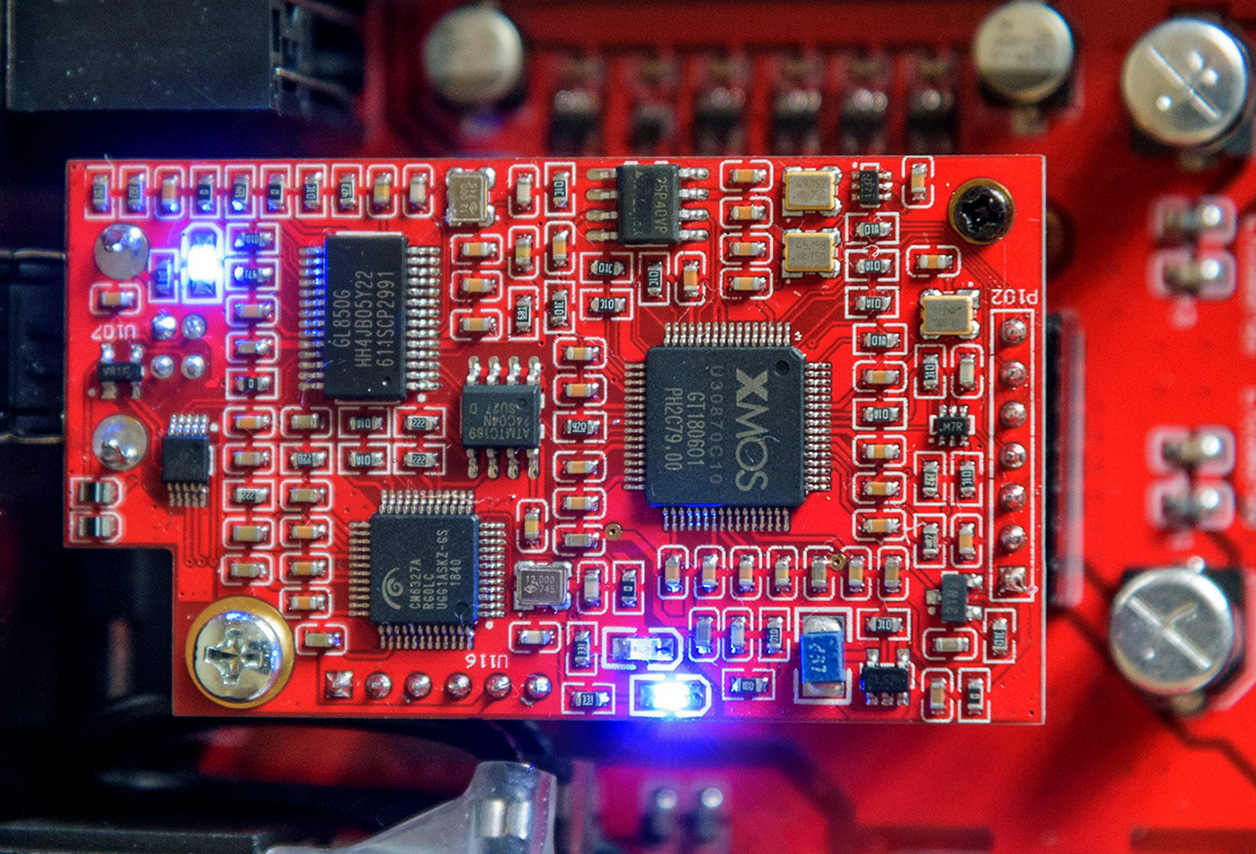 For anybody familiar with Burson's historical philosophy, I kept the most unexpected change for last. They used to pride themselves in discrete resistor-array volume controls for optimal transparency and channel balance. Those simply had a tendency to become rough and noisy over time as in my HD160 or more recently my Conductor V1. With the progress of analog on-chip volume finding acceptance in flagship preamplifiers like Esoteric's C03, Burson in the latest Conductor V2 eventually moved to Burr Brown's top-line controller chip whilst the Fun headphone amp retains an Alps pot. With all this history and adherence to strict analog executions, I can't hide being shocked that volume control in the Swing would be implemented digitally on Sabre's DAC chip. It's something that would have been completely unthinkable even a few years ago but apparently team Burson found digital volume control in a DAC superior to even the best analog control chips. Belonging to the camp who still hear dynamic compression from deep digital attenuation, I was eager to learn how Sabre's newest would fare especially in the context of a high-sensitivity system.

Last but not least, Swing would be no Burson without the ability to roll opamps to taste at various stages of the signal path. The version I received had the basic JRC 5532D and 5534D socketed opamps installed but also arrived with quads of Burson's V6 Classic and Vivid discrete alternatives. It seems that right now Burson ship the basic Swing with their previous V5 not JRC which is likely a significant upgrade. Although honourable, the JRC did Swing no justice by conferring on it a whitish almost early-digital quality very far removed from the organic sound the Swing was capable of when equipped with Burson's own opamps. If anybody still needs convincing that rolling solid-state is as dramatic as tube rolling, swapping JRCs with Burson V6 Classics should cure them. Within minutes of making the first swap, the differences were so pronounced that I saw no valid reason to revert to the stock jobs. This review will thus focus on how the Burson sounds when upgraded. The price difference is not insignificant but the basic version with JRC simply is no match. I can't comment if upgrading from V5 to V6 provides an improvement commensurate with the additional $300 needed since I did not hear the V5 version.

All my listening was done in the context of two systems. First was the Swing as DAC with variable outputs fed from an Auraliti PK90 file player driving FirstWatt's F5 into a pair of original Rogers LS 3/5a with dedicated bass bins. The combination of Rogers and F5 was sure to be unforgiving on any treble misbehaviour or soundstaging compression. 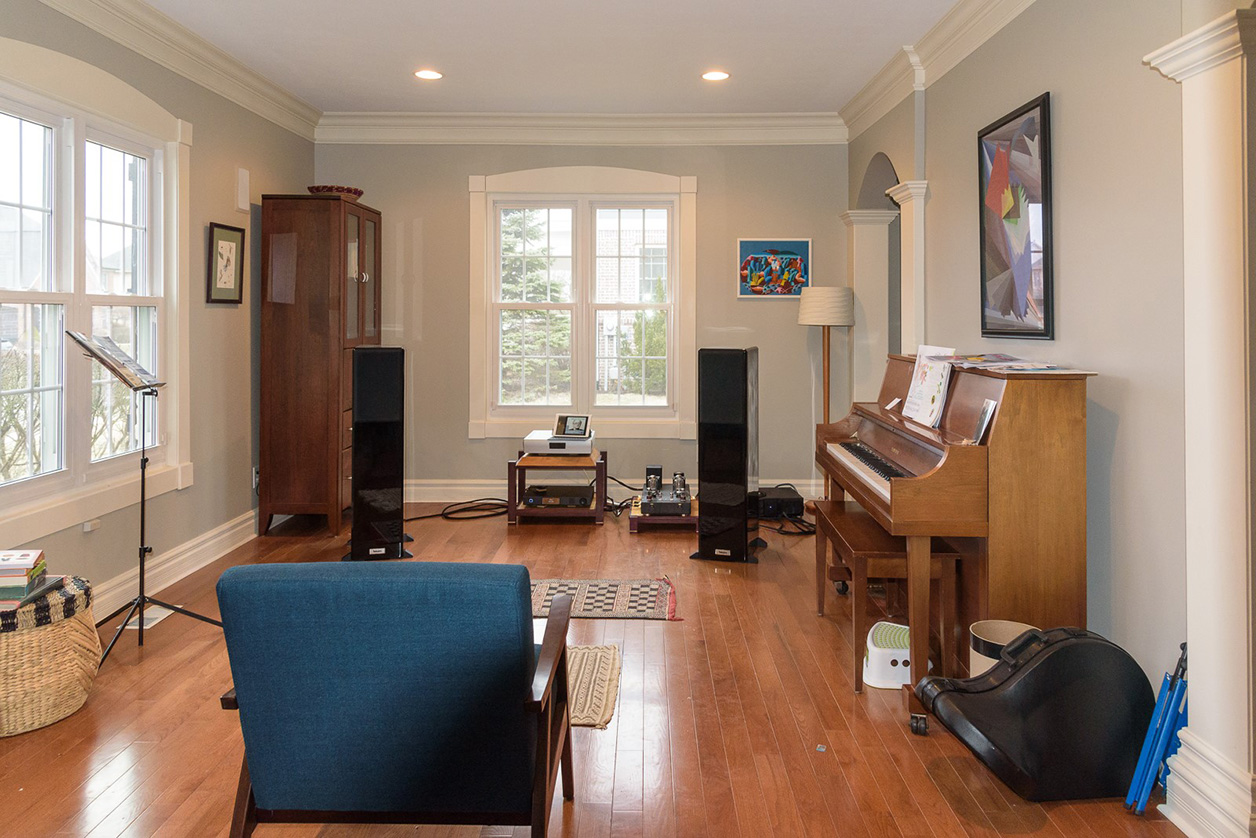 The second system saw the Swing as mostly fixed-out DAC fed from an Aurender A10 streamer into a TriodeLabs 2A3 integrated driving Reference 3A Taksim speakers under review. That system acts like a microscope with very high magnification powers in the midrange and treble to also ruthlessly reveal any thinness of tone or body as well as dynamic shortcomings. Occasionally my Playback Design integrated amplifier substituted for the TriodeLab when I wanted to get really anal-ytical. I also used that system to compare the effect of the Swing's digital volume control on dynamics and compression at high attenuation, a well-known handicap of earlier digital volume controls.