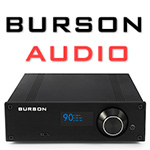 I shouldn't have been surprised. It wasn't the first time after all that Burson proved they can pack a ton of performance into their value-priced electronics. Just look at their roaster of awards here and elsewhere if you have any doubt. Yet with today's Swing, they've out-Burson'd themselves in so many ways that I will confess to being surprised indeed. In a world of small incremental steps, the Swing is a giant improvement over my older Conductor. That I sort of expected. But it also proved to be in good company with far pricier components and that was really great news for any audiophile on a budget. How many of those could there be I wonder? 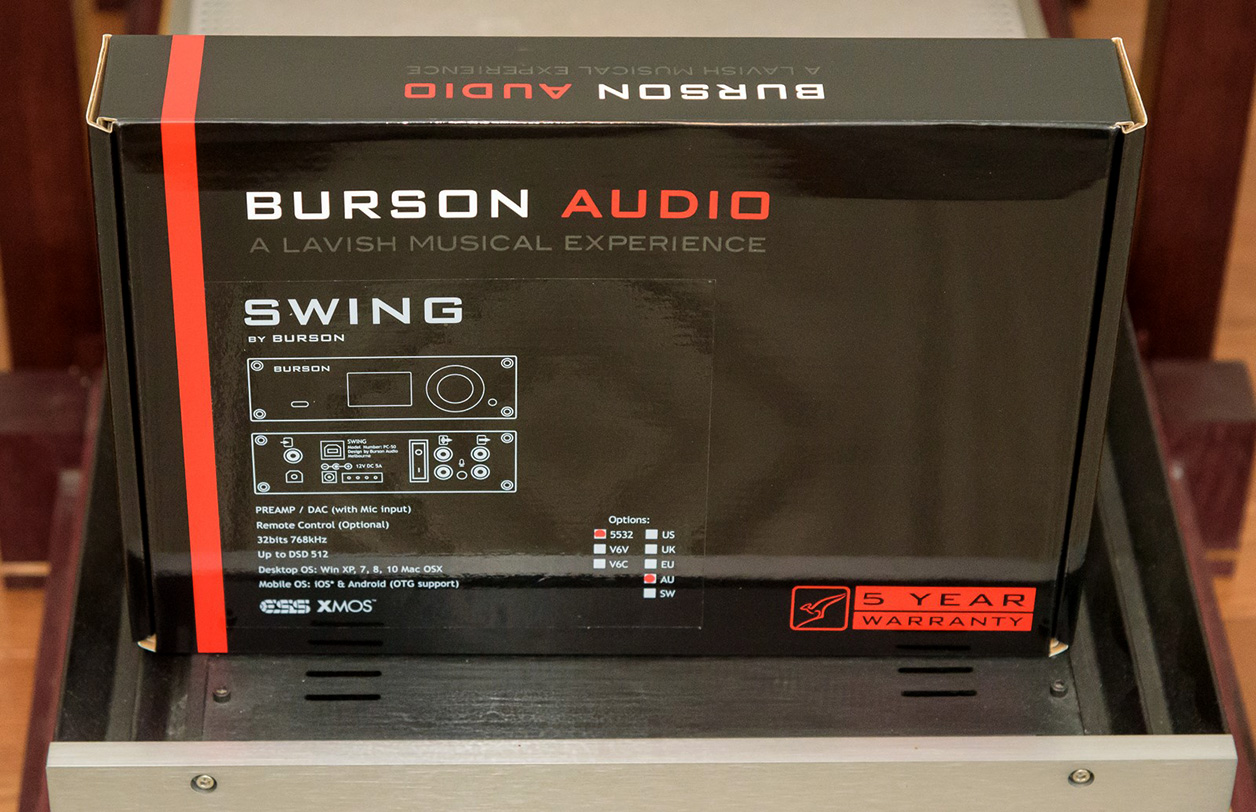 The Burson Swing is first and foremost a DAC with a choice of fixed or variable outputs, the latter to control an amplifier directly. I wouldn't call it a preamplifier per se because for that it lacks any kind of analog input to only accommodate USB, Toslink and coaxial digital streams though its volume control provides a viable option with a few caveats for a stripped-down system. The first surprise Swing had in stock hit me right at delivery time. The shipping box was smaller and a lot lighter than anything I had received from Burson in the past. Unpacking only reinforced that feeling as the Swing came in a nice cardboard box more suitable for a hard drive or computer DVD drive than your typical audio component. Proceeding with unpacking proved that this impression was completely deliberate and no miss-positioning in any way.

The Swing utilizes Burson's newest small clam-shell enclosure meant to fit in the bay of a PC tower. That's obviously a serious departure from the massive silvery enclosures of their previous efforts. For that purpose, the Swing comes with all the mounting and connecting hardware necessary to install it in a tower computer, tap your PC's power supply and connect directly to its internal USB board. Presto, Swing becomes a super-enhanced sound card with variable outputs to control a desktop system. All you'd need at this point is a pair of quality self-powered speakers and good playback software to operate a hot-rod system that'd deliver way more than its sticker price suggests.

Unfortunately I had no suitable computer to try this so resolved myself to test Swing as a regular DAC with and without volume control. For that purpose, Swing comes with an external switching power supply, another stern departure from Burson's past position on fully linear oversized supplies which in good part contributed to the heavy weight of the original Conductor and Soloist. Burson being who they are of course wouldn't settle for an off-the-shelf solution to design their own Max Current Power Supply which resides inside Swing but is fed from an external generic Chinese 12V switching transformer. This combination is meant to overcome the shortcomings of conventional linear and switching designs, namely high impedance and noise. Burson's MCPS eliminates the need for a big transformer and its associated high impedance to improve dynamics with faster current delivery. It also upshifts operation from the audible 50/60Hz wall-power frequency to an inaudible more efficient 170kHz square wave to provide a much darker quieter background. I won't pretend that I can provide technical validation for these claims so let me summarize by saying that the Swing was certainly expressive and extremely quiet through my speakers with superb imaging and staging to give credence to their claims of high dynamics and low noise. How much of that was due to their MCPS versus other factors I can't assess but it certainly didn't seem to detract from those areas.