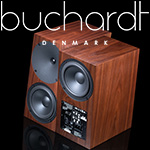 This review first appeared in November 2020 on fairaudio.de. By request of the manufacturer and permission of the author, it is hereby translated and syndicated to reach a broader audience. All images contained in this piece are the property of fairaudio or Buchardt unless otherwise indicated – Ed. 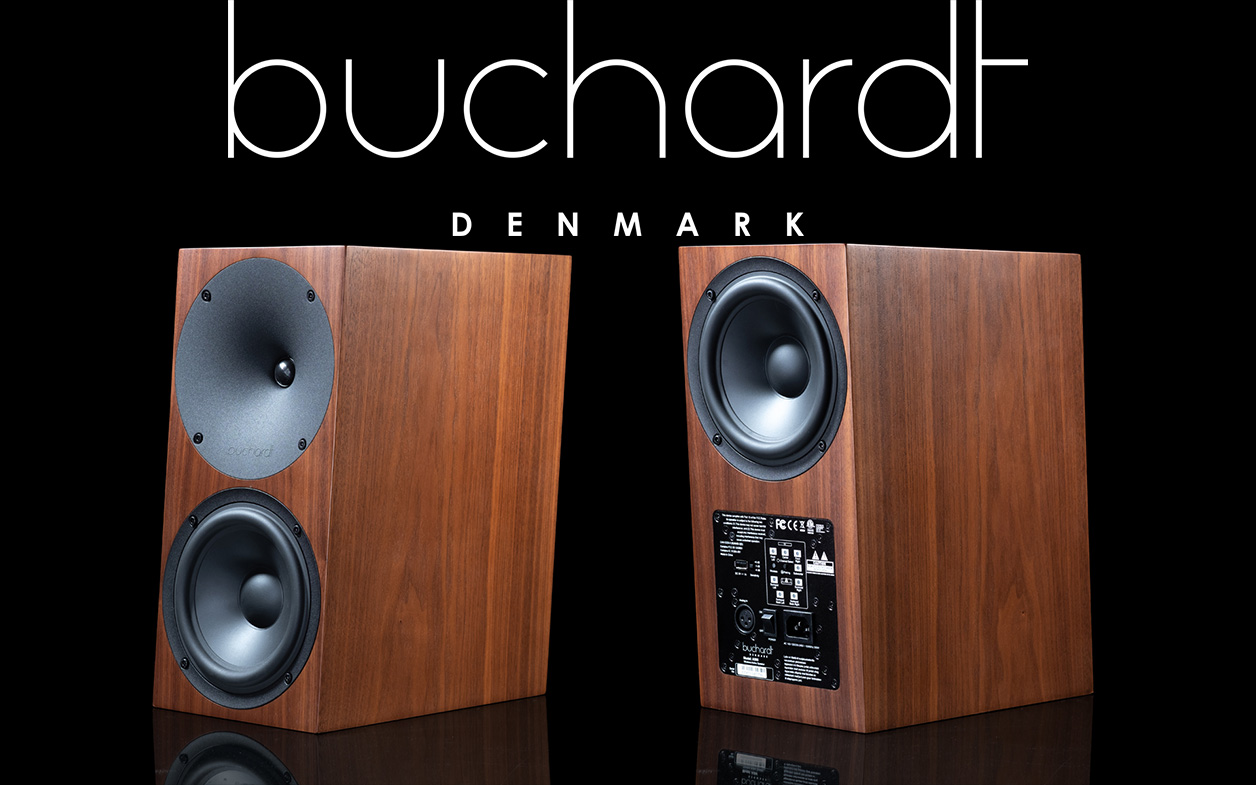 Danish dynamite? Small portions. Served with finesse and fresh ideas. Such exceptionally tasty creations aren't the sole providence of Kopenhagen's famous Norma restaurant. It also describes their domestic colleagues of hifi house Buchardt. Does the connection carry? After all, more than once already did Norma win the world's best distinction even if the French at Michelin thus far have 'only' given them two stars. But Buchardt too mix it up in the gourmet class of the hifi world. They simply maintain a respectful distance to the absolute elite – on expense.

Take today's samples. The fully active Buchardt A500 monitor starts at €3'500/pr in matte white or black. For €150 extra, they arrive like my loaners in walnut veneer which my eyes fancied most. Incidentally, the A500 surprised on first encounter. The photos had suggested something bigger. The culprit was the unusual ¾-inch tweeter with a metric diameter of just 1.91cm. Eyes are conditioned by nearly exclusively 25mm tweeters, occasionally a 28mm specimen like Dynaudio's or even the 30mm unit in Inklang's new Ayers Two. Now our brain calculates overall proportions accordingly. Mine scaled up actual dimensions by about 25%. In reality the A500 sized like a shoe box. The tweeter nestles inside a concave aluminium dish, the so-called CDC waveguide which controls dispersion. This driver takes over at 2'800Hz and according to Buchardt is good for 40'000Hz. The active A500 takes traditional analog signal via XLR, then sets up a modern wireless local area network to stream music via the Wireless Speaker & Audio protocol aka WiSA. The latter's advantage is that the receiver—here the actual speaker—controls the transmission to confirm that its captured data match that of the source 100%. During incidents of errors, the protocol simply issues a new send command.

cc not the carbon-copy email but cubic centimeters. The likely smartest WiSA solution is Buchardt's hub. It gets €750 after the fact but just €250 when ordered as the A500 package. This plain, small black plastic box with its lone white LED becomes a universal transmitter for all manner of signal. Buchardt claim stable 10-15m reach through two walls, 40 meters for line of sight. The back of the hub sports analog RCA and 3.5mm AUX inputs, 3 x Toslink and one each HDMI, coax and USB-B. Bluetooth sources communicate directly via 5.0 aptX and of course there's support for DLNA, Spotify Connect, AirPlay, Roon end point and Chromecast. Wireless limits to 24-bit/96kHz.

It's a kind of magic that compact speaker dimensions don't prevent full audiophile specs. Today's claimed 20Hz reach for this size is far from the norm even with DSP-controlled active drive particularly from a sealed box. To cook up such extension relies on a few ingredients. First there are twin 150mm long-throw mid/woofers which take up about half the front and back. Next comes fire power, here 3 x TI class D amplifiers of 150 watts each which promise effective excursion exploitation into the low registers under—this gets us at three—the control of very specialized DSP.