Parallel to room correction are already four sound profiles—more are announced—whose effect on the frequency response is standardized. The default config as delivered runs the A500 as a 2.5-way. The rear-firing woofer works from 25-150Hz, its frontal mate overlaps fully, then runs all the way up to 2'800Hz to shake hands with the tweeter. For small to medium rooms, Buchardt recommend the 3-way profile. Now the rear-firing woofer runs all the way down to 20Hz while the frontal driver becomes a dedicated midrange. This obviously reduces overall LF output. No longer doubling up in the bass, the rear woofer must work harder. Hence the proviso of smaller rooms where one won't play as loud. 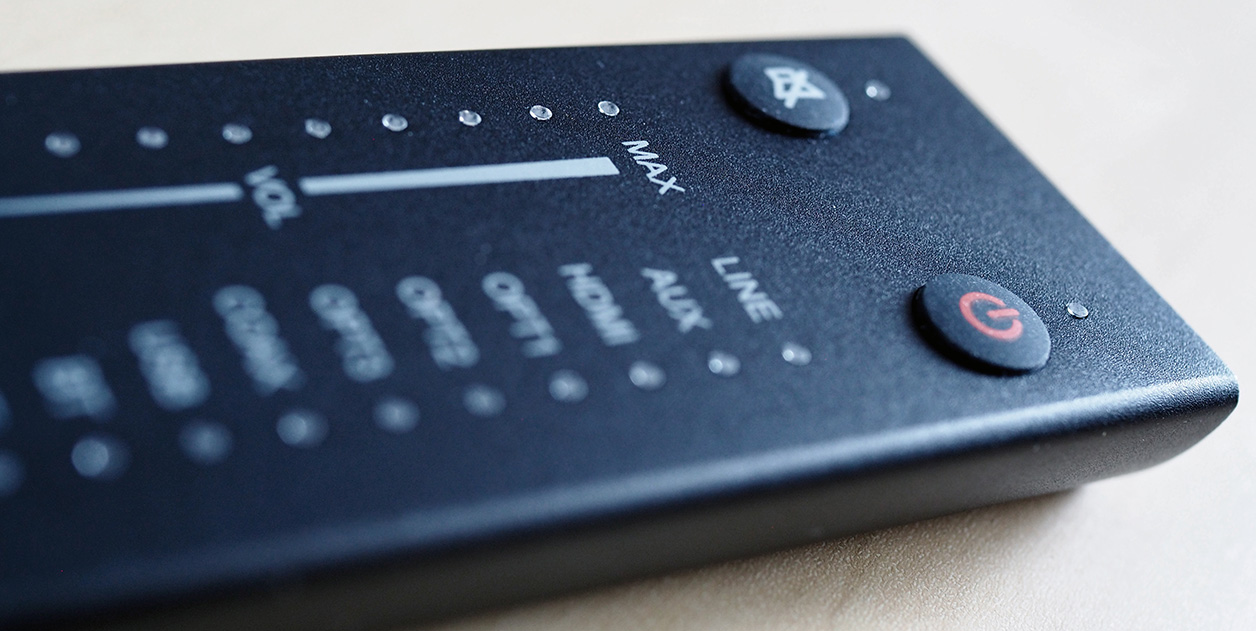 The 'studio preset' profile is optimized for nearfield studio mixing/mastering, thus groomed for "absolute neutrality". I was simply surprised that the ISO 226:2003 compensation for normal equal-loudness-level contours still applies. If well done, one assumes that it guarantees perfect linearity for low playback levels. The final 'voice-centered' profile creates a strategic midrange emphasis whose specifics Buchardt don't go into detail about. As an aside, the A500 exhibits a small self hum which you'll only hear in a church-mouse quiet room. During normal use, you won't notice it so not be bothered.

In my quite well-damped 25m² room, the sealed A500 took some time and experiments before its enormous bass energy achieved correct proportions. This wanted a meter distance from the front wall plus room correction plus the right one of the four currently offered profiles. Whilst room calibration manipulates just the bass—this obviously includes secondary effects of perceived midrange weighting—the profiles are active into the presence region. This became important. Here I simply have a small request. Currently the app doesn't show which profile the A500 runs. Perhaps this could be included with the announced app update? 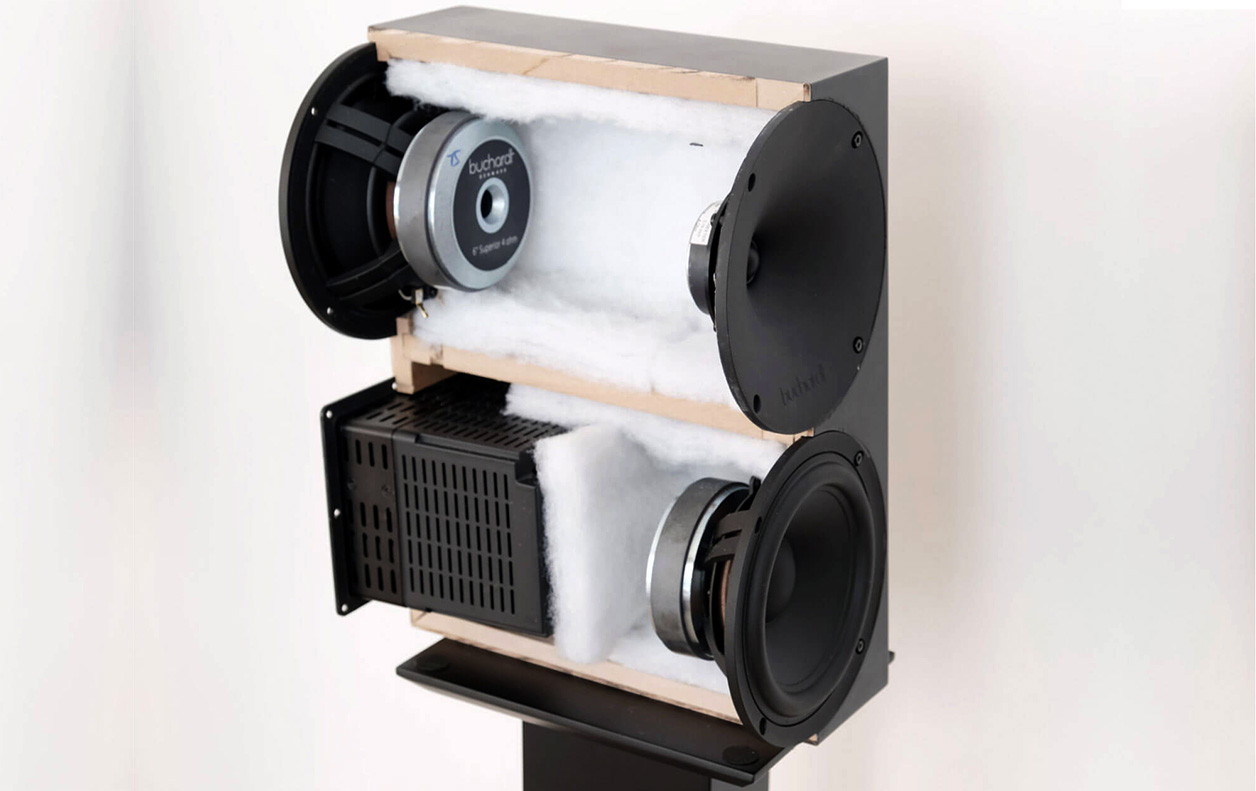 All my sonic commentary comes from using the A500 with the hub which processed analog signal from my Norma Audio SC-2 preamp with built-in DAC; or digital via Toslink from my Apple TV. I primarily focused on WiSA thinking that the majority of users will; and because analog XLR drive bypasses room correction. Simply be aware that for ultimate sonics, analog signal still has the edge. It's something I'll come back to. Before I identify my favorite profile, let's cover each separately. The default 2.5-way tuning struck me as bassy with slightly recessed mids. I reckon that rooms up to 60m² will see the A500 as a true full-range speaker for up to medium SPL. Whilst room calibration slightly shifts the balance, for my smaller room particularly the very low bass was still excessive, thus the lower-mid-to-presence band felt slightly set back.