Several months ago I still viewed the 01's constellation of speed, power and overall tenacity as possible only from sealed enclosures augmented by passive radiators à la Buchardt's S400 or Dutch&Dutch 8c assisted by in-room DSP correction and larger woofers. Yet both of these had to be coupled to my front wall to benefit from its +6dB bass boost. Here the 01's cleverness was in its willingness to perform just as potent further out in the room and without any DSP trickery. Its powerful bass unlocked passively from a combination of stream-lined cabinetry and high-tech drivers. In my book that alone was a mighty achievement. Monitors this ripped usually go lean and chiseled down low to further emphasize their already agile disposition. However, the 01's powerful and elastic low region also featured pleasantly fatty nicely differentiated tissue. It's very difficult to combine these two traits in a ported product regardless of how muscular it is or appears to be. Yet these Danes managed. Their acoustically tamed boom-free cabs suffered no smear or bloat to make for bass that was as fierce and substantial as it was articulate and clear. On this count the smallest Børresen went far beyond the usual fare and struck me as actually quite loco and motive.

Quick and expansive monitors often come with an ethereal, lightweight and shiny sonic footprint which turns brittle, thin, hollow and piercing if pushed too hard. Not today. The usual rules didn't apply. The 01's inherent speed was pleasantly gravitational at its core. In fact, it introduced itself as more in the service of tone than each detail being maximally amplified then shoved down my ears at all costs. This had me quite puzzled at first. I didn't expect a monitor this wickedly fast to be quite this earthy and substantial. After a while it became clear what its early darkness signified and how it should be understood. Silence was the key. If the smallest Børresen owes its sporty temperament to highly advanced transducers, its easily recognizable sonic blackness has to be the effect of deadly silent cabs, borderline fanatical attention to mechanical grounding and unorthodox x-over details. The latter are noise-killing measures leading to a spookily black canvas, organic tissue, roundness, hydration, seductiveness and sensuality. The takeaway is clear. The 01 behaved very much as though it contained multiple LessLoss components. It simply doesn't. Team Børresen's own silencing tech embedded darkness in the 01's sonic profile which didn't reduce its clarity but elevated it tastefully.

If the Børresen 01's masterful combination of timing, energy and textural richness already was something I hadn't previously experienced with its kind, this compact performer still had one more ace up its sleeve. Its black sonic backdrop undoubtedly helped in extracting all the tiniest data suspended in virtual space but the real trick is always in projecting these particles so easily that they become casual additives – perfectly clear and refined on demand but otherwise on support duty. Even the most profound silencing therapy won't handle this delicate job alone. A driver able to keep up is a must and it's here where the Danes' signature ribbon tweeter stepped in. Instead of rapidly firing pointy shiny needles like a machine gun, the 01 rendered the high notes from within a haunting canvas insightful, articulate and clear for a brilliance region which fabulously amplified the effect. Unsurprisingly this range was free from itch, shout or excessive heat but had substance, differentiation and sparks lingering with fine extension. Although high notes never are my top priority, I don't recall ever hosting a product that introduced as many details and did it this visible, expertly connected and casually served up. On sheer resolution and top-end quality, the 01 was clearly a cut above pretty much all else I had auditioned. Freedom from self noise simply had to play a part in this. 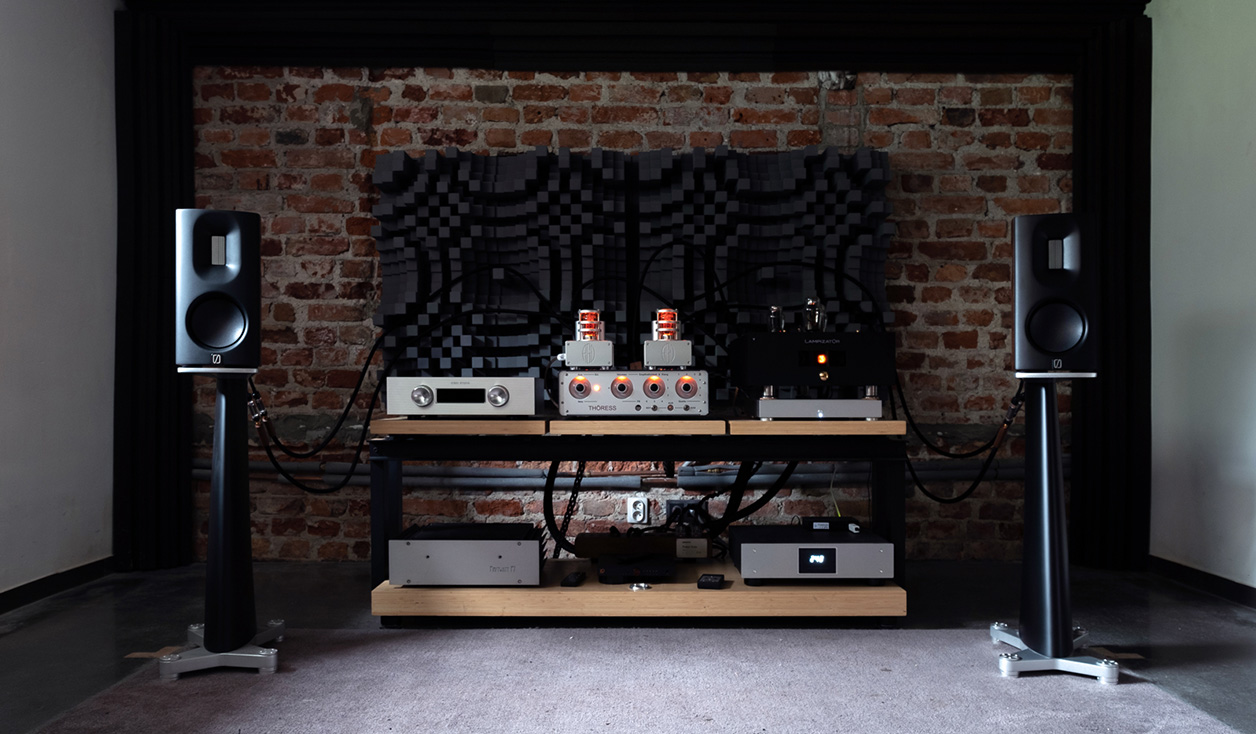 It's fair to say that the Børresen 01's profile is complex and contradictory. Fierce bass with loads of energy and textural heft, top pronunciation and timing, grand staging and treble up there with the best all spell out a rather unrealistic product especially considering a small footprint and basic 2-way roots. Although clearly designed as a high-performance type, everything the 01 did ultimately served the music not individually magnified sounds. Lack of grit, veil and boom, admirable coherence and smoothness willingly handled my entire repertoire with no exception. Each listed trait engaged at the same time is what made the difference. This petite Børresen surely was no one-trick pony.