My visit to Denmark and the 01's on-site manual had already told about the ideal setup. Borresen list a distance of 50/15cm respectively to a room's front/side walls and no less than 3m between the speakers as a good start. Both speakers should toe in just enough to hit one's shoulders and cross a fair bit behind the seat. Sticking to this guideline resulted in a spot-on 3m-wide equilateral triangle where each speaker was 120/60cm from my front/side walls. That worked like a charm with no need for further adjustments even though I could easily move both cabs back and forth by quite a bit and toe them in more aggressively. Regardless of choice, it was also rather clear that they should be apart as far as possible.

Let me start with a lazy cut'n'paste of what I wrote after my first contact with Børresen's 01: "These inherently revealing boxes did splendidly in magnifying differences between all levels of Ansuz products but also filled the room with grand, hauntingly dark, effortlessly served and immensely deep landscapes occupied by finely outlined yet internally dense and very much alive images. Not a hint of bass struggle or boom but lots of torque and generously applied vividness netted engaging and brilliant results." After now hearing the 01 at my place, this quote does quite accurately list its most prominent sonic features. It also implies that I managed to quite an extent to replicate my Aalborg experience. However, this description would also fit many other high-performance products to leave the key question "what am I really paying so much for?" unanswered. Here's where it gets interesting.

If you're wondering what's so special about the smallest Børresen that could possibly justify its staggering cost, it's simple. These petite monitors pull several stunts which their breed tends to be incapable of and do so remarkably well. Many similar designs stage enormously and well-developed in all directions plus are pinpoint accurate. The 01 does the same. However, pretty much every same-sized box needs to really flex its muscles past a certain point to make up for its lack of cone surface. Whether we like it or not, eventually inches gain in importance. Without them, the sense of ease, snap and scale evaporates as SPL increase. That's especially typical for dynamically challenging orchestral pieces, quick artificial bass lines, fierce amplified guitar plucks and so forth. Unassisted, regular monitors are bound to struggle with such repertoire. The Børresen 01 did not. Its ability to just keep going was off the charts. This relentless attitude is what effectively sat it apart from any other monitor I'm aware of. 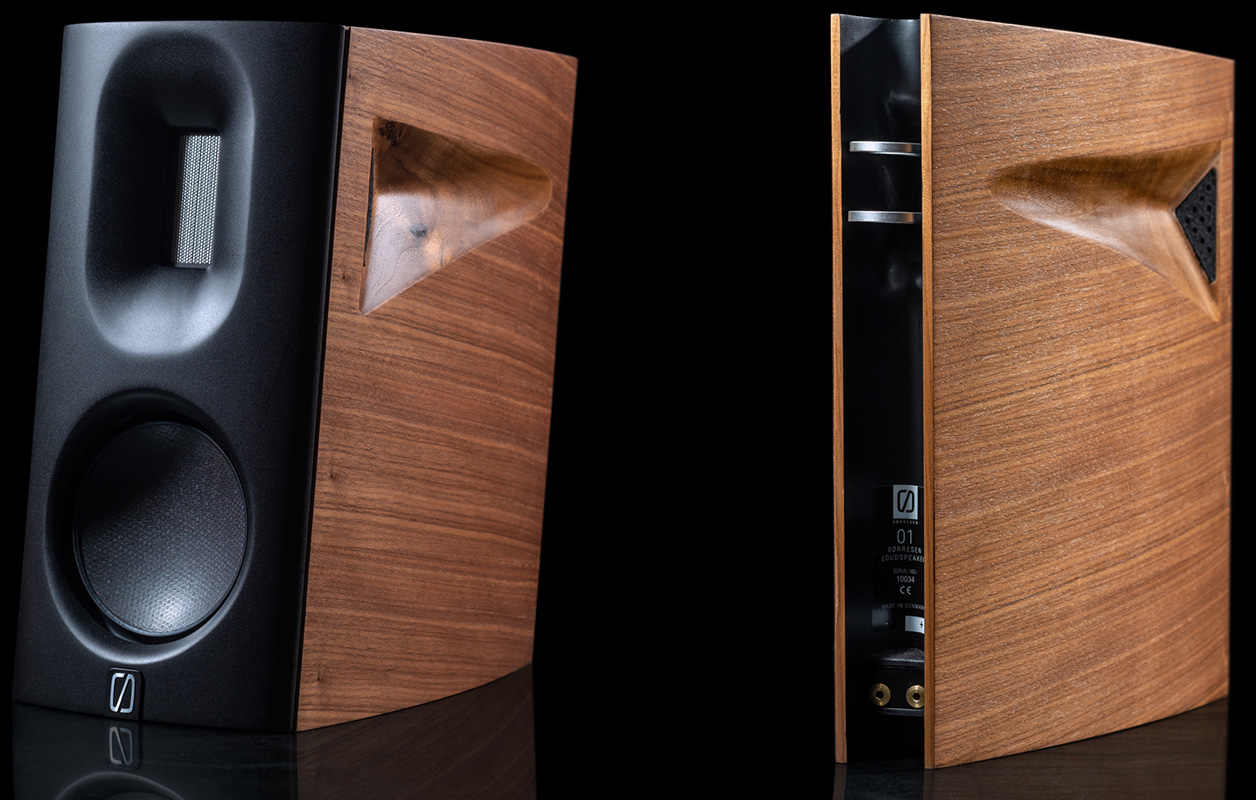 In my room, the 01 accessed torque reserves that seemed unlimited. This champ didn't slow down during even the craziest bass jobs I threw at it. Such exceptional ease requiring enormous power held in iron check still left a critical difference of scale. Instead of just pretending to get big at high SPL, the dynamically gifted 01 really was. On tracks loaded with rapid brutal lows, it surpassed pretty much everything similarly sized and passive I'd previously heard in this room. It landed strikes hard, bold, fast and visceral and each served up perfectly coherent and snappily on time. Speaking of freight trains, it'd be Japan's Shinkansen bullet.