This 15.5x24x8cm DxWxH device of 2.5kg has a level control to vary the strength of the applied DC voltage from 1.2-7.9V across up to four 2.5m long supplied QF leads. And there's more. The QF can power a small device with up to 12V/1A (upon order time, this voltage can be fixed to 5/6/9/12V); plus replace USB's 5V spur with battery power via USB i/o. "Development of the brand began in 2013 with a battery supply for Lindemann's USB DAC. This only sold domestically but explains why Quantum Field now has a USB conditioner and DC power-supply outlet built in." 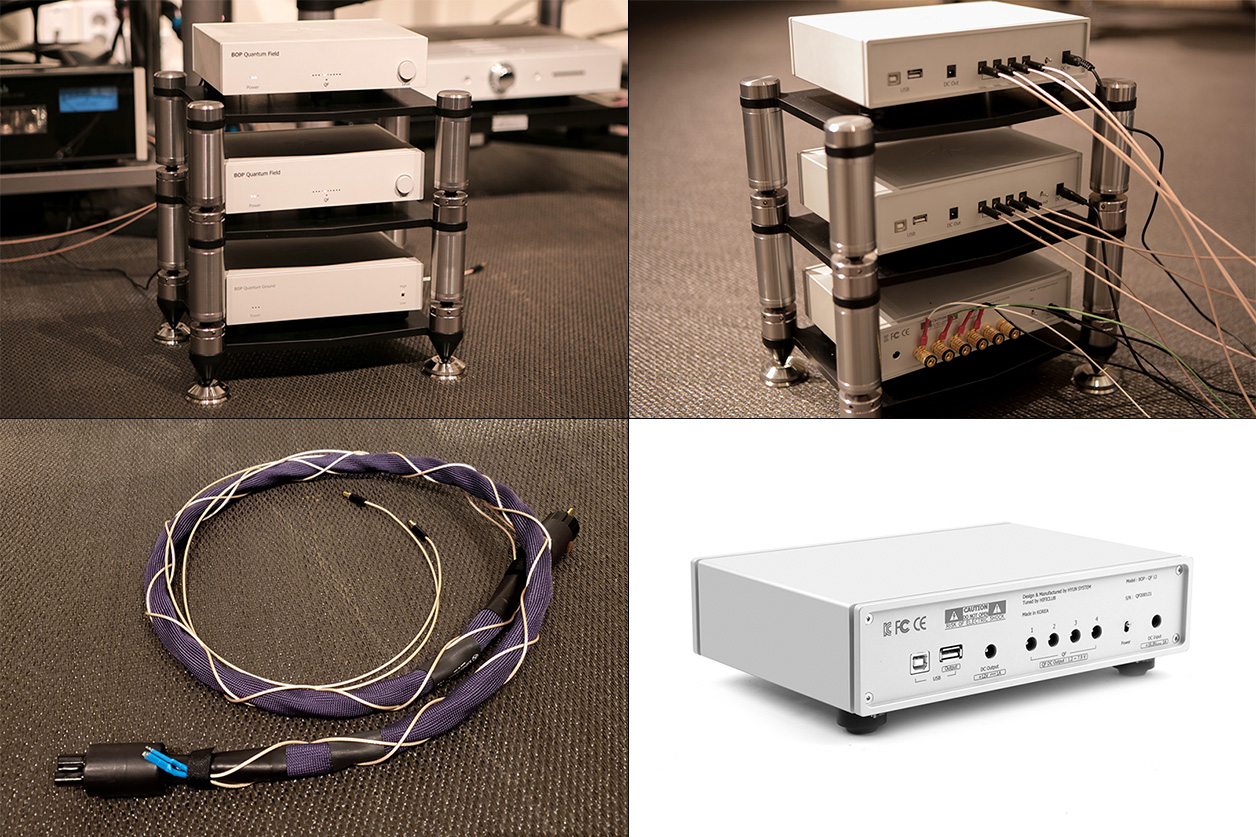 This makes the device a bit of an expensive multi tasker. But if you're playing leagues for which this is meant, you'll not be counting. You'll have €3'300 invested in just one power cord or half a super tweeter. 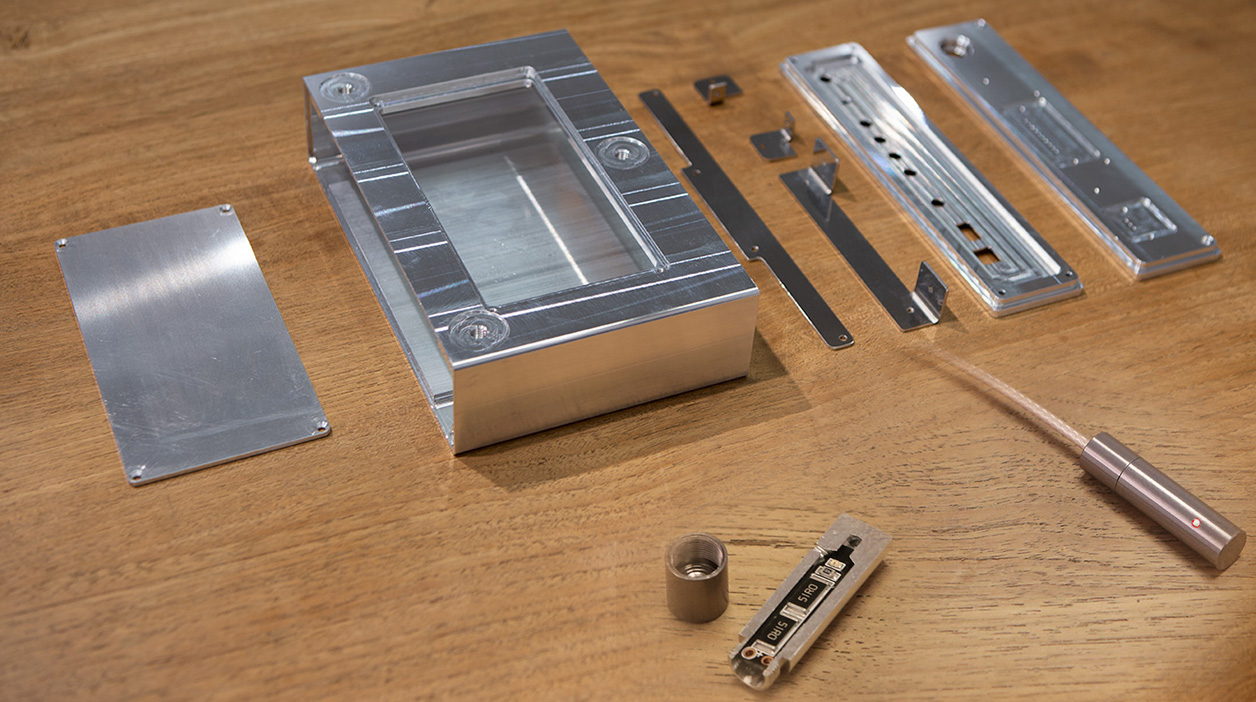 "Construction is aluminium alloy as are the tips of the DC cables. Those contain LED in the customer's choice of white, green or red to confirm active mode. HifiClub maintain that the LED color has an influence. Four cables with white LED are standard. The device is powered by a 16.8V switching power adapter. The forthcoming BOP Quantum Power box will contain a linear power supply with toroidal transformer than can power up to five BOP Quantum Field boxes." 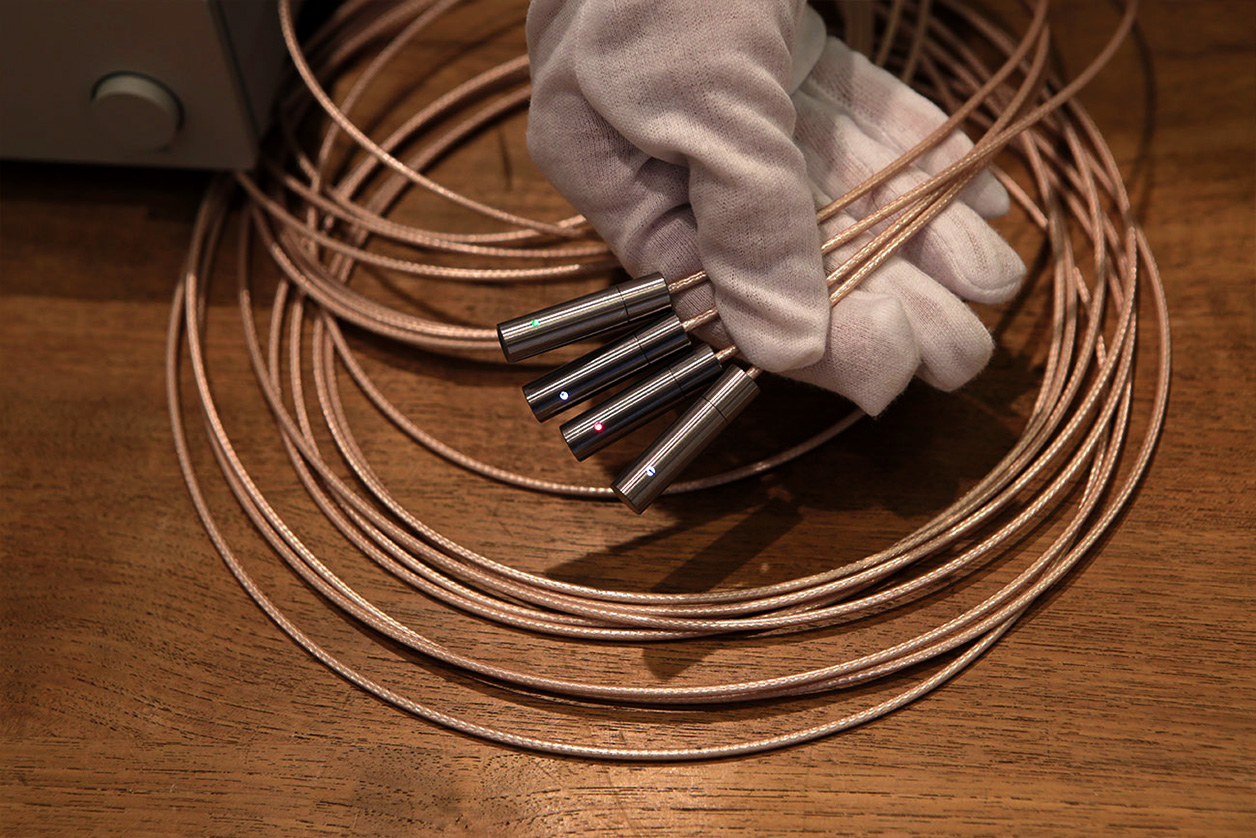 As to plays on words, how does one exceed optimal? I've always thought of it like pregnant or dead. You either is or you ain't. There's no third way about it. But in model nomenclatures, it's not uncommon to see a best called reference. A year later, its maker has something costlier. That becomes his absolute. A year later the nouveau-rich markets demand something yet costlier. Hello ultimate. Past that, it gets tricky. Perhaps to avoid all such escalations, HifiClub enter right at the very top of the game: beyond optimal performance. How to top that? If one's linguistic sense objects, there's always battery of power to stand in for BOP.