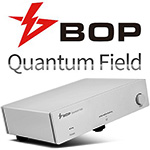 … and Bob's yer uncle. Usually something precedes that. Today it's a coiled snake fest to strangulate noise propagating across wires. Let's back off for our intro from John Lim, Hifistay's ambassador in London. 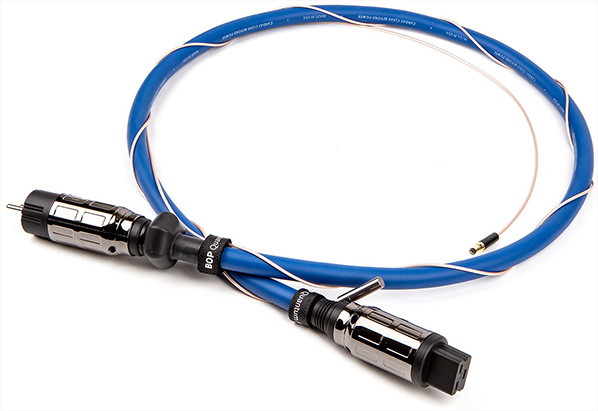 "I'd like to introduce you to a very interesting unique product which I met while in Korea recently. It's a device called Quantum Field. It manages unwanted electrical noise in a hifi by surrounding your cables with DC fields. This was developed by HifiClub, Korea's biggest most influential high-end retailer as well as online review site.

"They commissioned its build from Hyun System, an engineering and manufacturing company of medical devices and other precision measurement equipment. The brand is called BOP for Beyond Optimum Performance.

"Now Mr. Chang-Won Han, CEO of HifiClub, is ready to take their brand beyond Korea into the global arena. Two more BOP products, Quantum Power and Quantum Ground, are already in the pipeline."

Applying DC around cables to block antenna effects with a dielectric bias is something AudioQuest have done for years with small batteries. Our Coffee HDMI cable for I²S has such a battery attached on one end. Avantgarde Acoustics's active circuits apply a standing DC voltage to their capacitors. Others like Titan Audio's forthcoming Forcefield cable option might exploit the same concept?

Now Hyun System's BOP Quantum Field proposes a fancy small power supply with 8 x rechargeable 2.5-3.5A lithium-ion 18650 batteries to do this to any cable.

Up to four thin DC-charged leads can exit it to, python like, wrap around your existing signal or power cables counter-clockwise relative to their current flow. "It's recommended to have the turns 15-20cm apart. Tighter winds focus the soundstage inwards, broader turns widen it." To stay with an image from the animal kingdom, now these external wrapped wires can choke the living daylights out of RF/EMI. Included velcro straps attach both ends of these wires to your cable as shown. Only one cable type (power, IC analog, IC digital, speaker cable) should connect to a given Quantum Field. Due to differing bandwidths, mixing cable types isn't recommended. Here's the owner's manual. Elsewhere there's this about a four-stage use: "By connecting the BOP to a power strip as a first step without using any QF cables yet and with the device still off, the Quantum Field already works as passive grounding device for the power line. When the power is turned on, the BOP QF acts as an active grounding device for the power line." Stage 3 would be to connect the spiral leads to the box yet not turn it on. Stage 4 turns it on.

Hifistay also from Korea have authored a matching modular rack to accommodate one or more units in vibration-attenuating style. They also provide the stock ball-bearing chassis footers.

On the next page we'll see photos of a demonstration system and another power cord wrapped for action. This complexity is clearly next-level stuff. It's not for beginners who might have tangled visions of Medusa. If this did work as advertised, for anyone's high-res rig suffering antenna or cable aging effects, BOP would be their uncle; though neither from America nor rich. Rather, you'll have to pay him.

Isn't that rich? It's simply the limit on free word plays.