What Boenicke are already known for: loudspeakers in solid wood and now also advanced signal and power cables and a power distributor and live recordings. 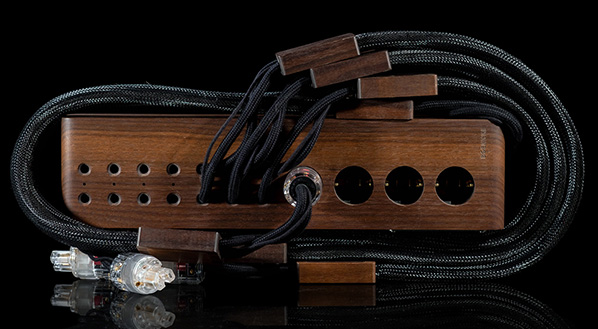 When on September 23rd I syndicated Dawid Grzyb's review of Boenicke's Power Gate [right] and sent Sven the URL, the Swiss designer's terse return quip was "there's actually much more to report on: a small power amp, a big power amp, a preamp, an integrated, a DAC and my upcoming W22 speaker."

All six chambers in his about-to-launch gun were loaded. Which bullet would I take? Not the made-to-order speaker I thought. Surely that'd be too big, heavy and costly to ship to Eire on a review's errand. But I was utterly undecided. That's so not my typical MO. With Boenicke, it just didn't matter. Whatever he'd ship would be different from the norm. The man doesn't cut cookies or paint by numbers.

Let's quote from Tania Hershman's "My mother was an upright piano" [from the book New Micro – exceptionally short fiction]:

With Boenicke, it's similar fremd gehen [German for…er, teamwork]. One of his collaborators is Serge Schmidling of Audio Consulting, another is Louis Motek of LessLoss. When Sven finds a maestro who knows how to make a certain audio-something sing, he contracts for their expertise. For his speakers, he's the maestro. But he still relies on Bybee for bullets, LessLoss for C-MARC wiring and X64 Firewalls, others like Stein Music for even lesser-known tuning tweaks. Those are invisible. They're inside the enclosure. Whilst efficacious, these hardwired tweaks can cost disproportionate coin. It's why he offers them in a two-tiered upgrade menu. There's the basic 'good' version with just the 8cm parallel resonator on the widebander below; the 'better' more tweaked version; and the 'best' which loads up on the tweaks to the max. 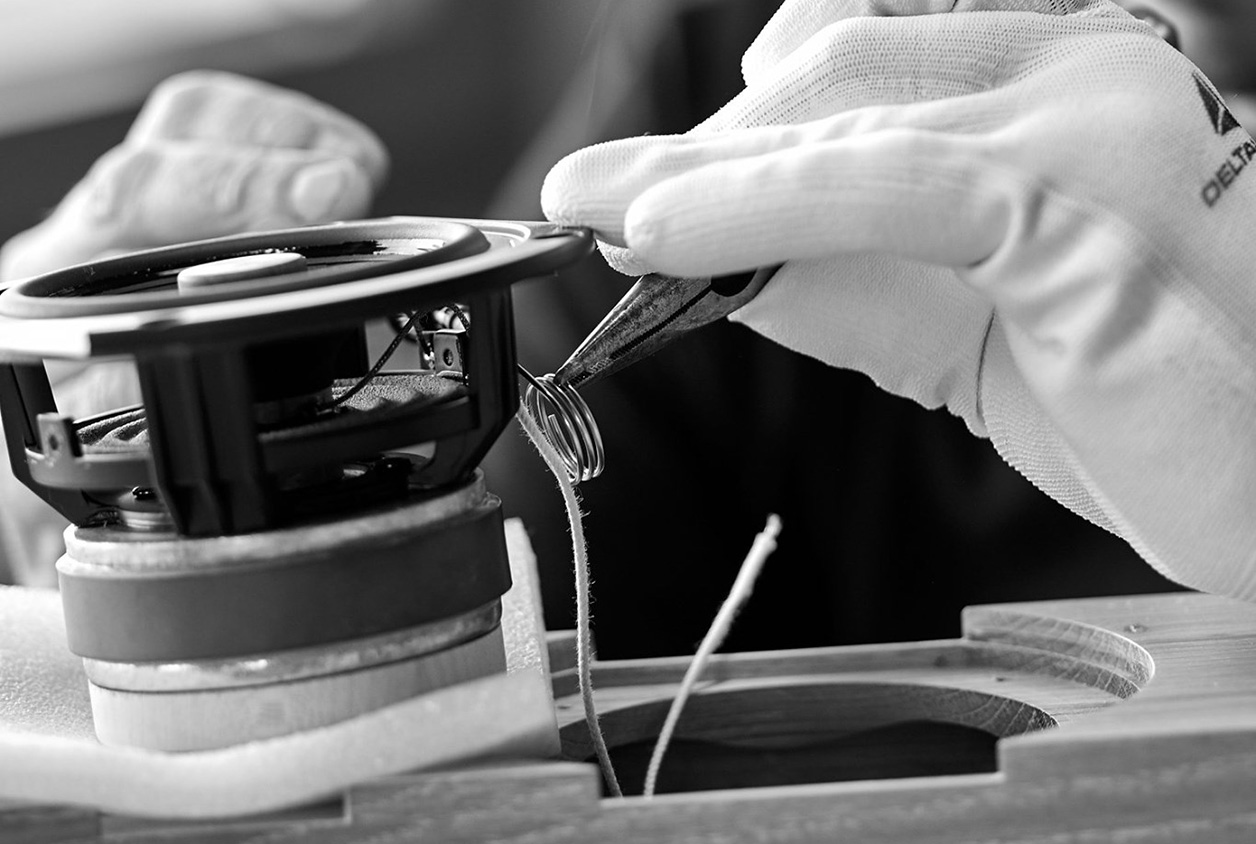 Back on Boenicke's upcoming queue, I cued interest to review anything in it. I'd let Sven decide the what, when and why. His reply was enigmatic. I'd said that "the W22 I covered a while back in my newsroom. I also embedded a note on it in another review. The rest I didn't know was about to launch. Should we book a review? In which case, what for?"

"I'll for sure approach you once it's really ready, including proper packaging and such."

I still wasn't crystal on the it. What was coming my way in due time?

Aha. Without knowing a thing, I expected class D. Sven had been working along those lines for years already with an unknown maestro he'd met along the way. Had this cooperation blossomed? Perhaps even as hollow class D with small tubes for voltage gain? Hey, a man can dream. Even if it was class AB, I'd not care. It'd be a Boenicke regardless. Of course I accepted. About the when, "3-4 weeks; if you don't need final packaging."

I didn't. If I know of such things going in—including a cosmetically less than perfect traveling loaner with a paint scratch or nicked corner perhaps—I have no issue. The small print is read and signed upfront. It's when I'm being surprised by it to assume that the sender thinks nothing of it that I flinch in public. But why delay a review because final cartons aren't ready? As long as the deck could ship safely to and fro, I was happy.

One P1 was earmarked for Ireland.

"Yes on class D but this BTL-mode 300wpc/8Ω affair is from Powersoft. Their module is silly good and we did some mechanical tuning to it. I cannot produce this piece in large numbers so sales will be purely direct." When asked whether he uses batteries—Serge Schmidlin is a big proponent—"there is a module that does allow for a 12V supply but it would work only in conjunction with high-efficiency speakers and then would need a far larger enclosure to contain the batteries."

Sven had used these Italian power modules for his active woofers before. 'Some mechanical tuning' was shorthand for his usual don't-ask tweaks. As Dawid Gryzb had found out who bought a pair of W11SE+ and had a chance to compare it to the basic W11, Sven's invisible shenanigans work. How doesn't matter.

The ears which curate them very much do.