Upon asking Sven and Louis how today's product came about, identical answers arrived from both ends. There was no vagueness, no attempt at stealing any thunder from the other. And it wasn't about a rebadged OEM module either which tends to remain a signed secret like the identity of a ghost writer. Instead my loaner shipped directly from the LessLoss HQ in Lithuania since that's where it'd been assembled. However, the idea for it sprung from Sven's ambition who'd recognized the enormous potential of the proprietary LessLoss technology years ago. It's why he asked Louis to push it upward regardless of cost and complexity so he could sell it under his Boenicke Audio brand exclusively. 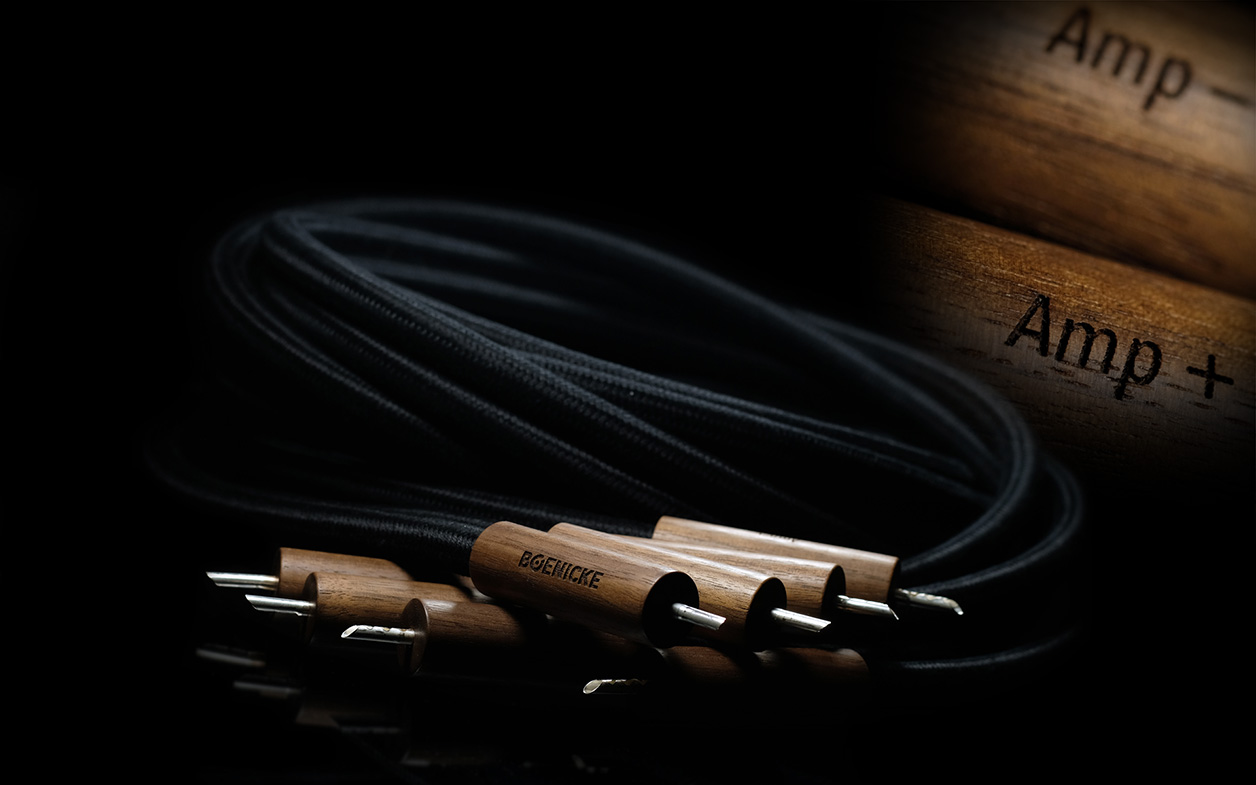 Sven financed the necessary R&D to become sole owner of this design whose very steep end price goes well beyond his existing S1 and S2 cable efforts. The final S3 version took just three months to complete. Going in, both men knew exactly what had to be done. The core LessLoss C-MARC tech itself took six years of prior R&D. Still, Louis always knew that it could be scaled up endlessly. Each new fractal replication above the current C-MARC geometry as found in all present LessLoss cable simply compounds its complexity. That drives up manufacturing time and assembly difficulty. Both escalate costs. That's in essence what Sven paid for – first the learning curve of assembly, then manufacture of his own S3 speaker cable as a next-level C-MARC. It's thus quite similar in concept to the standard C-MARC I'd already been using for months.

Both share directivity markers, mercerized cotton inside and out and four individual cable runs, two per speaker. This limits interactions between the '+' and '-' legs. Sven's version is substantially thicker thus less slinky and finished in big wooden barrels not the heat shrink of LessLoss. It's no surprise that both are equally nicely made but in hand it's obvious which is the more expensive. To document the Swiss/Lithuanian overlap and departure, I received a short unterminated S3 cross section. This showed the key difference between the more affordable LessLoss and costlier Boenicke. The original's total conductive area of 3.5mm²  is a 99.99% pure cryo-treated single copper 'sleeve' spun around a core of tightly packed mercerized cotton. Each of its individual lacquer-insulated 0.125mm copper Litz hairs spirals clockwise, then intertwines with an oppositely polarized counterpart which rotates counter-clockwise across the same number of turns per distance unit. The two opposite magnetic fields induced in the same exact location thus balance perfectly to cancel out fully. This means immunity to interference, hence operational silence without traditional shielding. Such braid geometry known as humbucker is at the very core of the C-MARC principle. 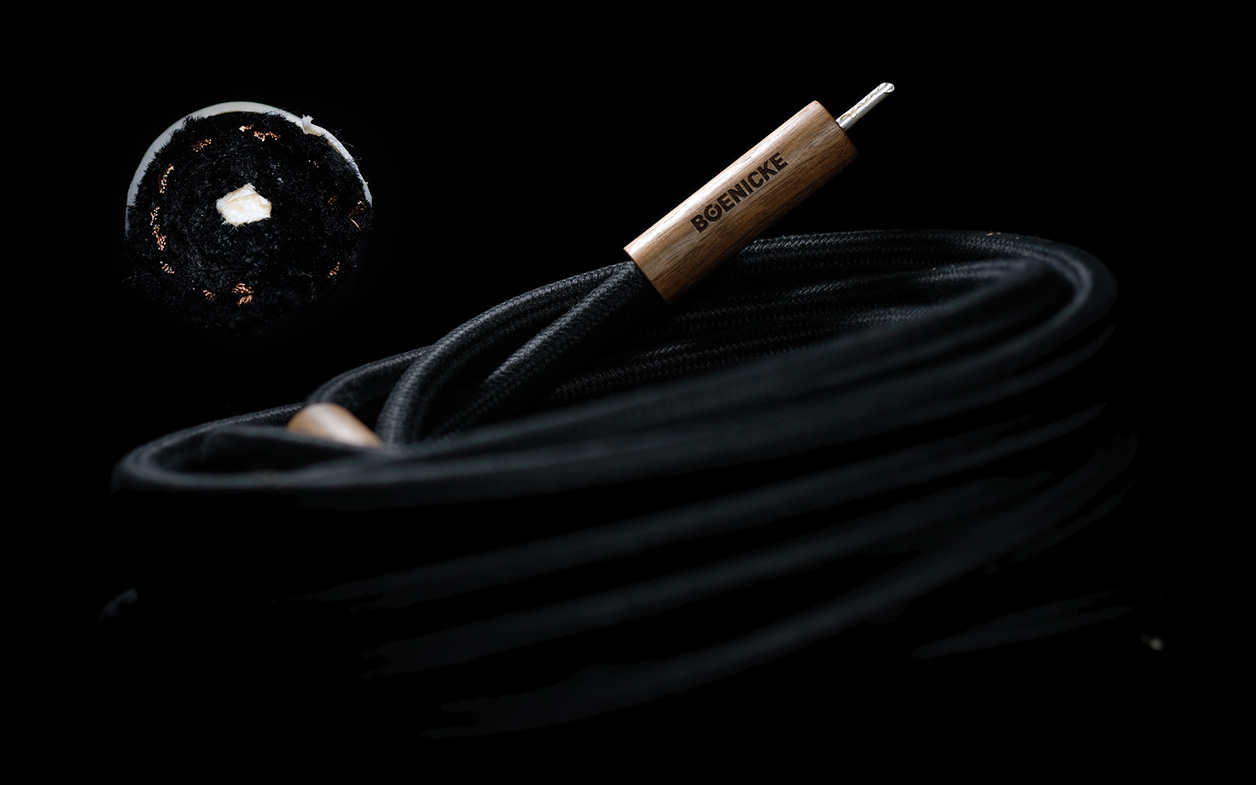 Where Boenicke's S3 pushes the envelope is with 24 bundles of 12 Litz strands each, thus 288 Litz wires total. Half spiral in a clockwise helix, the other counter-clockwise for the same 50:50 ratio of the second-scale fractal effect. The wood barrels sport engraved 'amp +' and 'amp -' markers to identify directionality and channel. Although visually bulky, the cable is surprisingly light. My loaner was finished with KLEI Classic Harmony BFA-style banana plugs by Eichmann without their original plastic body. The fewer synthetics there are the better is the motto. A regular consumer who doesn't daily swap cables will be perfectly fine. Once installed, the rather long stiff wooden ends apply some torque on the connection. Over my use across several weeks, I developed no faults but would prefer a spade connection which lets the cable hang straight down. That is available as well.