The scenic route. It's what one takes visitors on to show off an area even if it makes for a decidedly longer drive. Here in Westport it's the windy shoreline road tracing the coast of Achill island. Taking it nice and easy to stop at various lookouts for photo ops, we can add 30 minutes over the inland route to hit the Achill Sound bridge but also add archetypal vistas. With Courante 2.0, one obvious lookout is the treble. Since it's so well integrated, it simply doesn't stand out. To get noticed 'extra' requires FX like struck triangles or bells. Now one notices just how steeply their rises track, how endless the tracery of their decays becomes. Otherwise the treble's purity turns to general purity. It's expressed the same way into the mid and low registers to require no special focus on certain instruments. You'll notice the tweeters again with very subdued cymbal tickles which are executed feathery with brushes because by contrast, less astute tweeters brush those over a bit or must be played louder to matter. 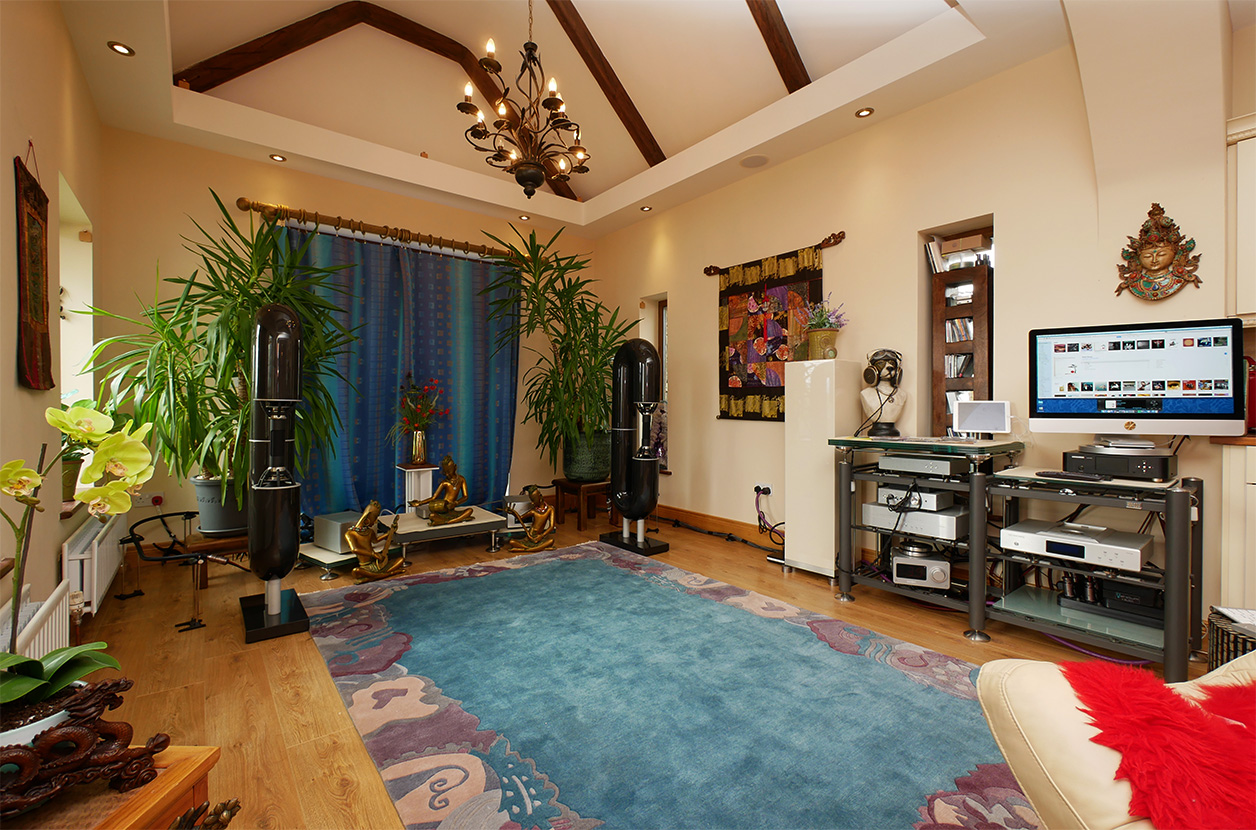 A lookout you'll spend more time with is the subtle enhancement of tone textures. That applies itself to all productions. Those which you know to be thin and lean to often shun will sound rather less objectionable. This mirrors why some people bolt a tube buffer onto a DAC. They want more harmonic substance. Courante 2.0 doesn't inject harmonics. Instead it envelopes sounds in audible space. What was nude and haggard gets clothed to fill out and look more agreeable. Those are the additional room reflections in the midband and treble which usually don't factor. The effect is loosely related to tubes but doesn't need any.

Another scenic spot are microdynamics. As mentioned, the Bayz speakers' big virtue is their avoidance of box talk. What box talk is becomes clear when it's gone. One telltale sign is a degree of indecisiveness. That must be caused by internal reflections that exit back out through the driver membranes. Such time delays superimpose on the sound. They register as blur like an image out of focus. There's also a stuffiness one hears by direct contrast to open baffles. With those box restraints lifted, dynamics grow up. Courante 2.0's do as well. Then they apply themselves to essentially twice the acoustic output above where direct radiators begin to narrow in dispersion. More liberated dynamics accompany fuller tone. That prevents the overall sound from slowing down or poncing out as it had in the first location. Since I'm personally averse to too much sonic fat and leisure, my preferred amplification on these Bazys omnis were the quickest direct-coupled amplifier of widest bandwidth I had on hand. To my ears, those made for ideal mates. I'd feel likewise about a big Goldmund integrated amplifier. 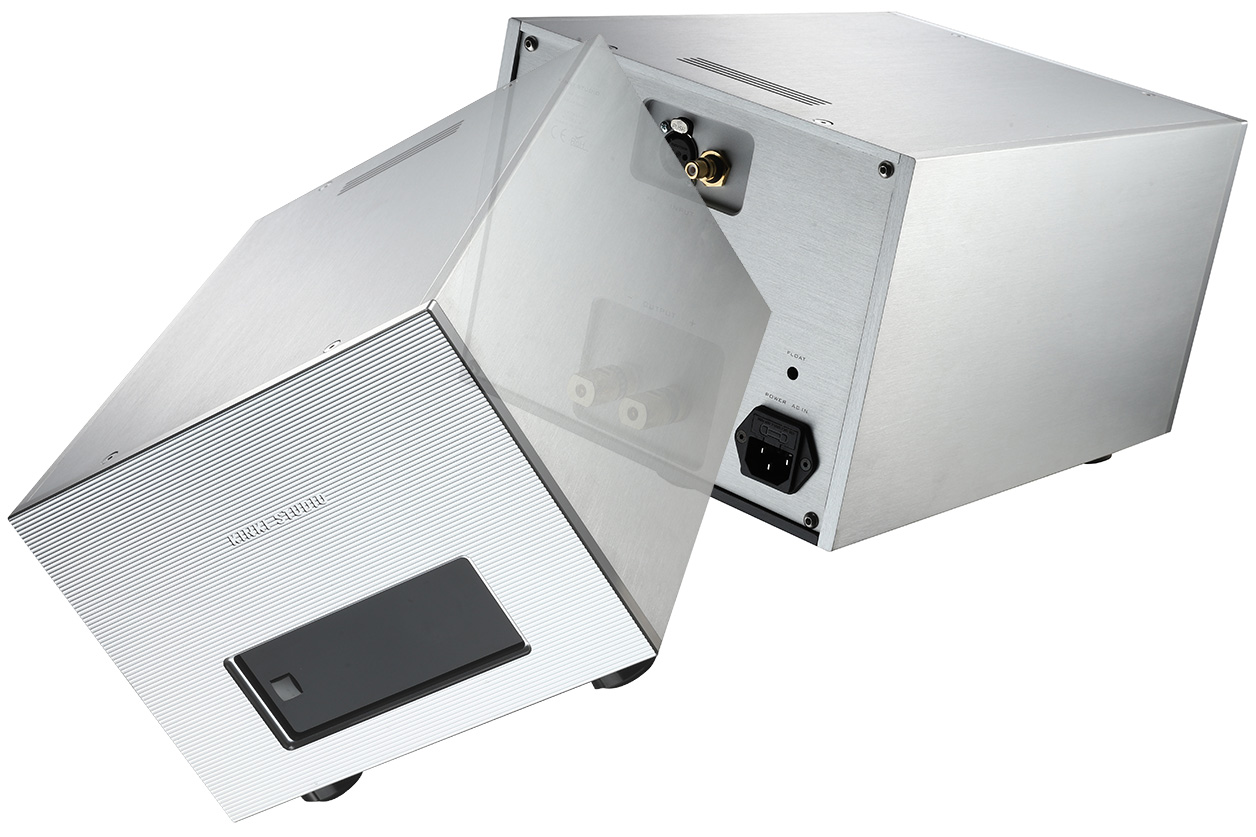 It seems important to reiterate that the radial tweeter is not the special attraction. If it were, it'd be a lopsided top-heavy affair. What's special is how a unique tweeter¹ combines with two seemingly normal cone drivers to make for one unbroken continuity—invoke whatever non-normal tweaks were applied to these mid/woofers in their unconventional tube loading—then arrays its three drivers into a surprisingly close approximation of an old theoretical ideal: that of the pulsating sphere. KEF's Blade attempts it too. It simply doesn't achieve the 'free' sphere effect because its coax mounts to a standard baffle to become a direct radiator. It's by actually behaving very much like a pulsating sphere that Courante 2.0 creates its unique selling proposition (and no, I don't mean disco strobe lights). That covered the basics and specials. Now it's time to live with all of it for a bit longer to see what in my assessment might still shift or deepen.
_____________________________________

¹ A very demonstrable quality of the radial tweeter is its absence of breakup joined to unusual dynamics. Coloratura sopranos at full tilt, overblown high pan flutes, violin flageolet, baroque C clarinet in its topmost register and other dive bombers on treble sanity that have a propensity to miss all come off without fraying at the edges. At first your buttocks will clench in expectation of mishap. Once you've understood that this tweeter won't lose its composure, you'll relax into the most demanding passages under full throttle.