Au Courante. For exotic omni tweeters, we previously came across Anthony Gallo's CDTIII, the mbl, the Ohm/Walsh and its German Physik cousins—those really are 200Hz-20kHz widebanders—the Linæum and its Audio Consulting/Audionec descendants, finally Arya's Airblade in 180°/360° iterations. Some of them are bending-wave types, others curved air-motion transformers. Gallo's cylindrical diaphragm uses a piezoelectric Kynar membrane which expands/contracts under signal then acts as its own high pass. How about Zoltán's? What was its operative surface area and sensitivity? What kind of load did it present? What was its diaphragm made from and what acted as the exciter or voice coil? Since I had none of these answers, I asked. The basic specs are 90dB/4Ω (94dB for the bigger Counterpoint).

Meanwhile a patent search will come across this 2014 entry whose drawings look very much like varying clusters of elongated Linæum/Audionec drivers [Audionec in central overlay] whereby the music signal drives the edges of each curved foil which then expands/contracts like a pulsating rod. The concept as executed with its bracketing mid/woofers would seem to combine point/line-source ideas. In the Courante, the 8, 6 and 4-petaled variants simplify down to just two cylinders as shown in this animated .mkv video. Download it then open with VLC media player. 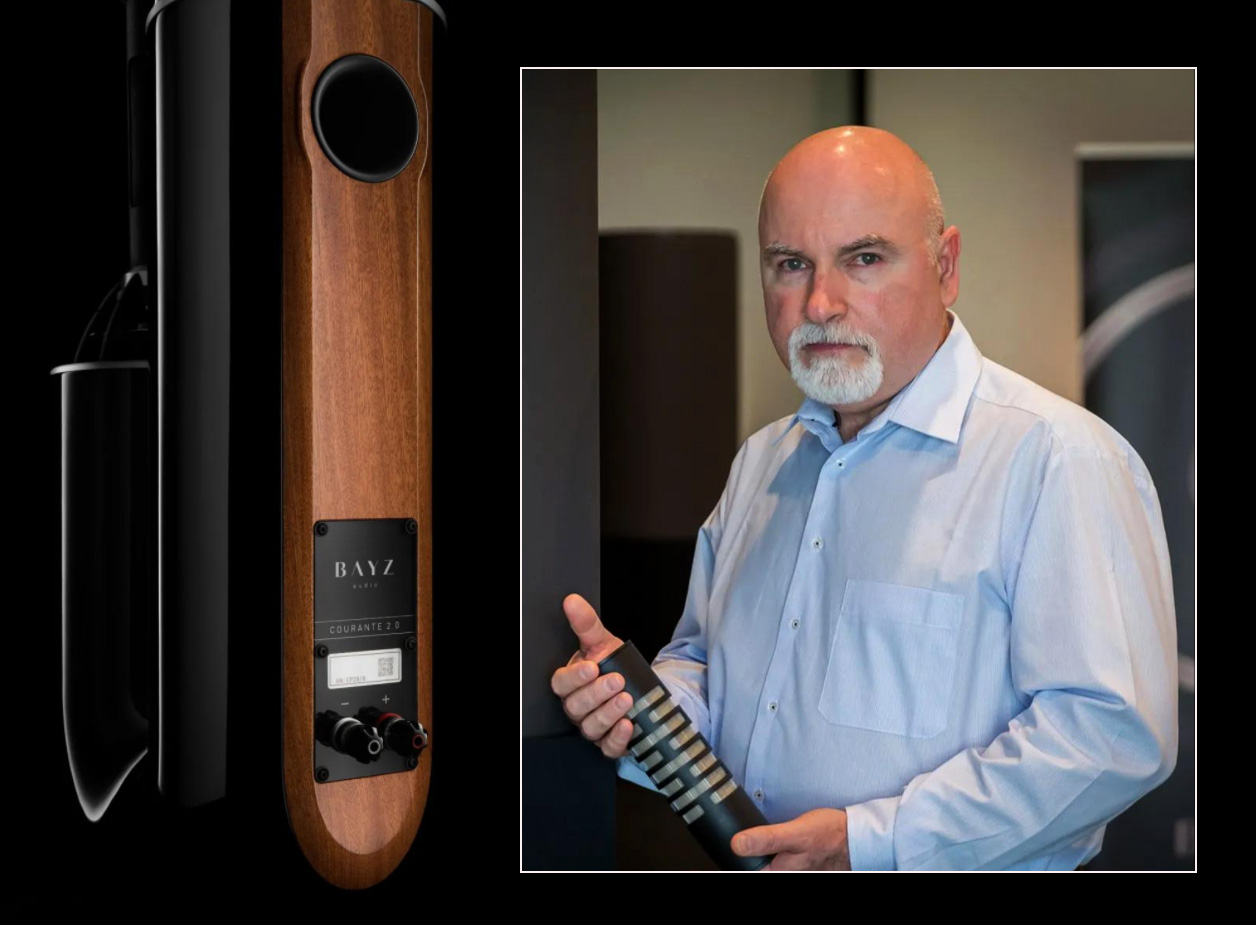 To revisit how the Linæum works, l quote from my 2020 feature for Darko.audio which covered the reappearance of its inventor Paul Paddock at MC Audiotech with his new Model Forty-10 speaker. That combines ten of his new drivers in the below curved array. "My original invention patented in 1985 had a twin-cylindrical diaphragm driven at its junction by a vertical wire loop located between a dual magnetic gap 'voice coil' system. This device was commercialized by the Linæum Corporation from the late 80s through much of the 90s. The Impact Airfoil loudspeaker later employed a slightly different design with a single membrane again of my own design.

"Since then I have continued to develop and improve the concept, resulting in a transducer which exhibits greatly enhanced bandwidth, sensitivity and reliability. Its flexible plastic membranes are about the thickness of paper. The wire loop bonded to the central area interacts with the magnets and drives the central area forward. The physical action sets up wave motions in the membranes which radiate through the plastic, expending their energy as sound. The curvature, size and physical qualities of the plastic membranes define the predictability of the transducer. In practice, the driver's operational width changes with frequency. It becomes larger with decreasing frequency and narrower with ascending frequency. This is shown by an extremely even broad polar pattern, smooth response and non-reactive impedance curve."

As we saw, the Linæum-derivative models combine bipole head units of increasing bandwidth with box bass. The Bayz models go full 360° then limit the invention's bandwidth to pure tweeter duties but re-imagine box bass. It's popular to claim how little new happens in audio. But Zoltán Bay's speakers really do expand the 'seen before' envelope in novel ways. And that's well before ever listening to them.