Volume indicator LEDs and one 6.3mm headphone occupy the far right. The ¼" output exploits no separate amp but the AMP-13R's main gain circuit to mean plenty of power to drive even the most notorious headphones. Once pressed, the pleasantly smooth controller knob in its gorgeously dark cherry Urushi lacquer cycles through the available inputs. This hand-applied lacquering technique is a feted Japanese tradition to serve as yet another tasteful twist on an already amazing-looking product. This small red knurl was as masterfully executed as the ear cups of full-sized Fostex TH900 headphones had been from several years ago. 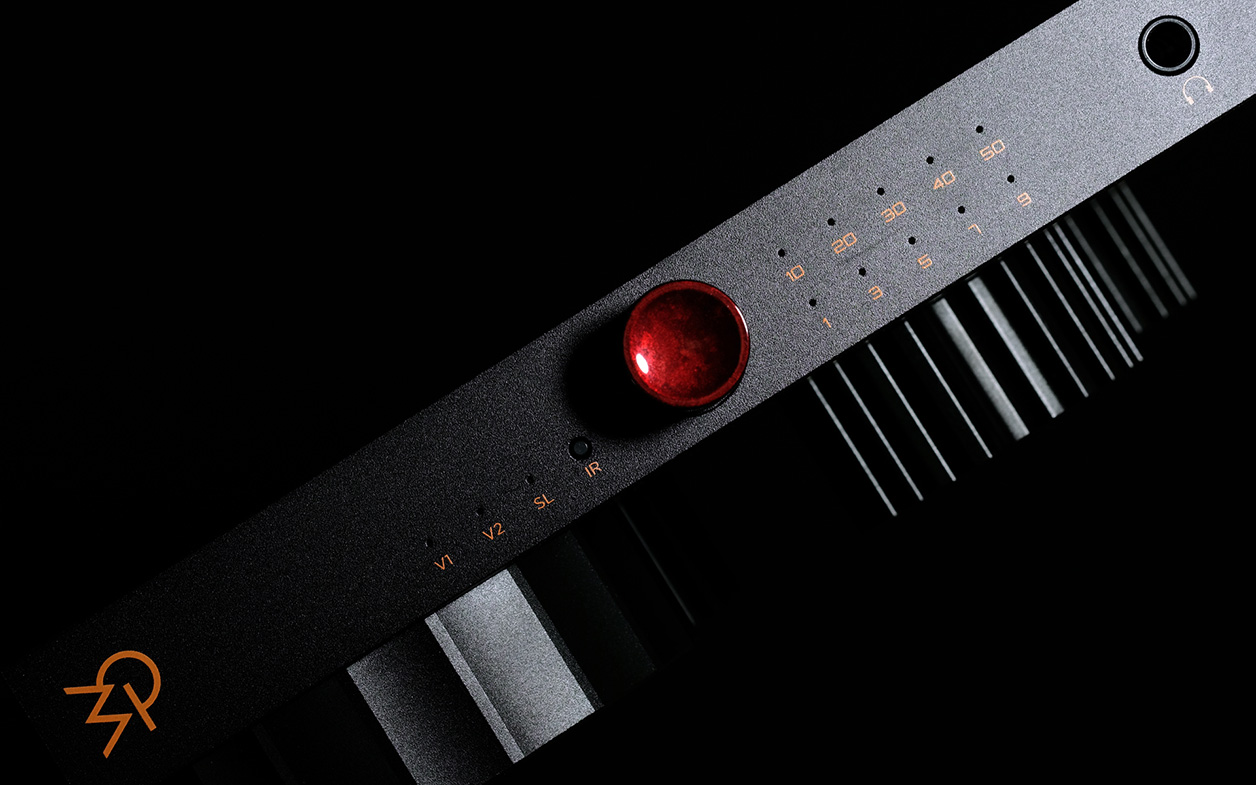 The volume readout consists of two rows of five LED each which represent clearly marked values. For example, a volume level halfway through the scale lights up three of the top diodes and the central one below to signify 5 (1st row) + 30 (2nd row) = 35. The top cover sports a nicely engraved company logo. Fixed to the base with bolts on the belly, it remains unmarred by fasteners. The rear gets crowded with one auto-sensing IEC inlet, quality Cardas binding posts, two voltage RCA inputs and one low-Ω BNC. To benefit from the latter SATRI-Link, one would need Bakoon's DAC-21. 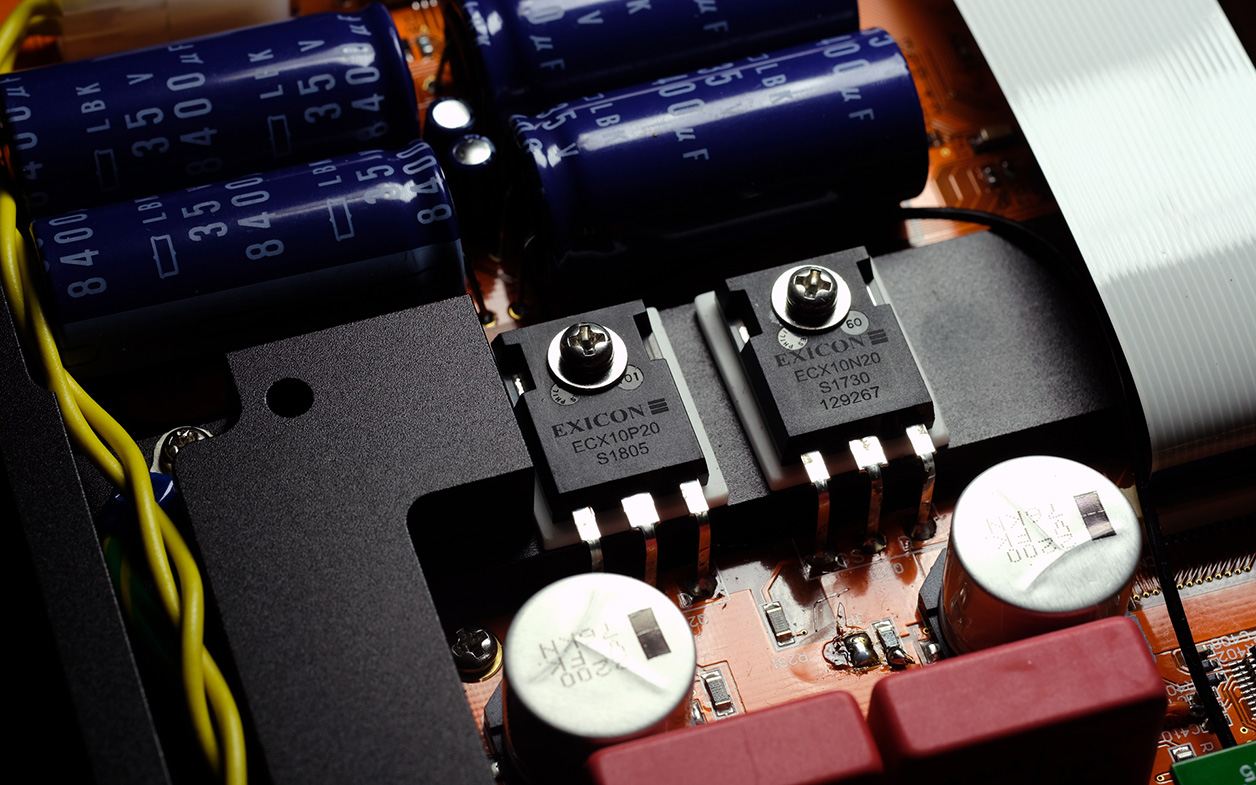 Internally the amp was as finely made as the outside to be artfully carved into sub chambers which isolate key components. The toroidal Avel Lindberg power trafo tucked into the biggest 'leg' was a sight to behold as was the long narrow gap milled to its opening to connect it to the internal PSU. I'd not previously seen such tidy case execution in the AMP-13R's price sector. Push-pull pairs of class AB Exicon lateral Mosfets fasten to the chassis directly whereas the green board full of relays located closer to the rear is the volume controller. The two orange covers hide the SATRI-IC modules from prying eyes. These are fully discrete and Bakoon's IP so I left their hoods alone.

All things considered, my loaner's fit'n'finish were top tier inside and out to make it perfectly obvious just how much thought had gone into it. Lastly, it arrived with a thin plastic remote control in a black body with orange markers custom-made for Bakoon. It did the job without hiccups and I found it perfectly usable and handy. 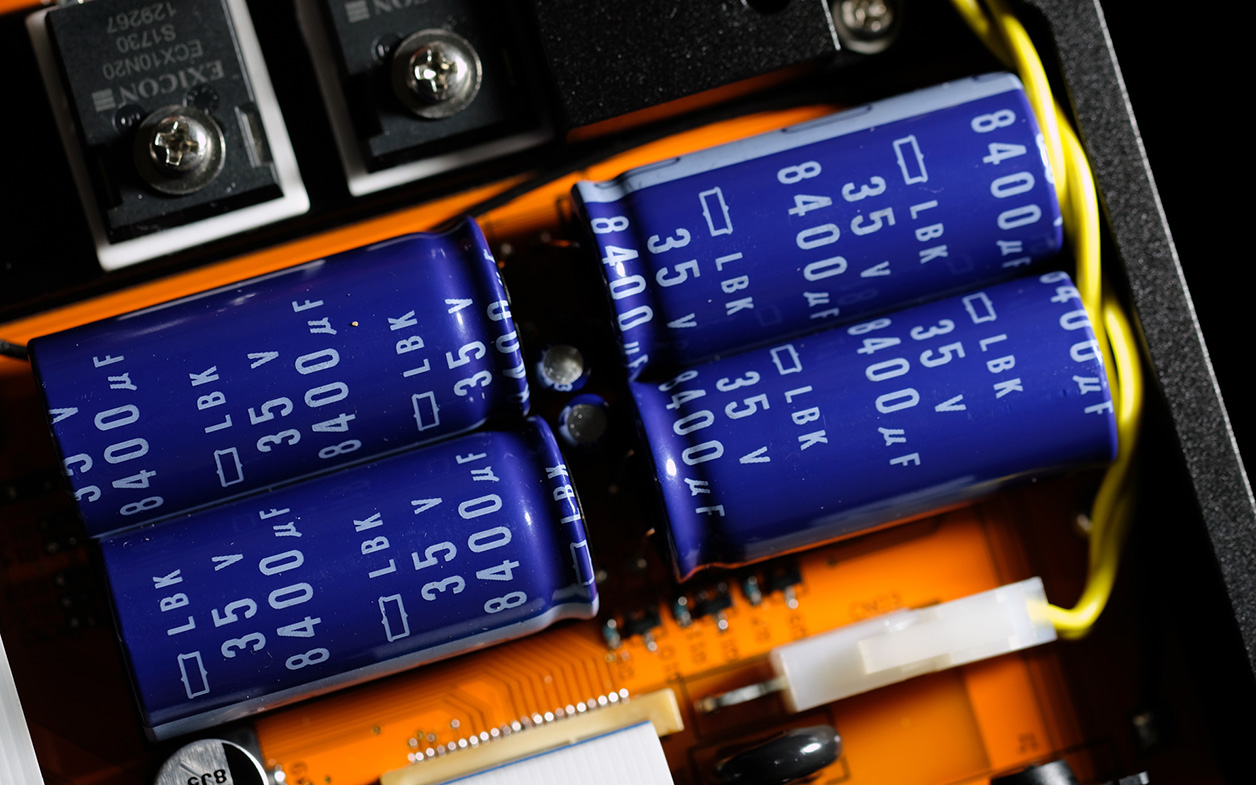 To assess the sound, a fidata HFAS-S10U handled storage and transport duties, a LampizatOr Pacific DAC with KR Audio T-100 + 5U4G digital conversion. From there either a Kinki Studio EX-M1 or the Bakoon passed signal to the soundkaos Libération or Boenicke W8 speakers. Subsequently, the AMP-13R skirmished against my NuForce STA200 now fronted by the AMR DP-777SE and Boenicke W5 in a nearfield setup. At the time of writing, I had no headphones on hand to leave reporting on that feature to Srajan's review. To say it upfront, out of four different amplifiers involved in my soundkaos Libération review, the smallest Bakoon was by far the very best and rather easily trumped my far costlier Trilogy 925. With that assignment, it was obvious how special this petite newcomer was to demand its own review.

The takeaway on the Libération review was that the AMP-13R sounded more agile and open than my Trilogy 925 and not as dry as the EX-M1 though the latter shared some traits with the Bakoon. As far as openness, utmost speed and soundstage size went, both integrateds delivered in spades. I can't say how much their shared Exicon laterals had to do with that but common denominators ended there. Martin's speakers showed off all the differences between both amplifiers as clearly as their similarities. With a speaker of 96dB sensitivity and copious radiation surface, the AMP-13R was supremely silent and sorted. The musical background was  perfectly black and the tonal center of gravity spot on. 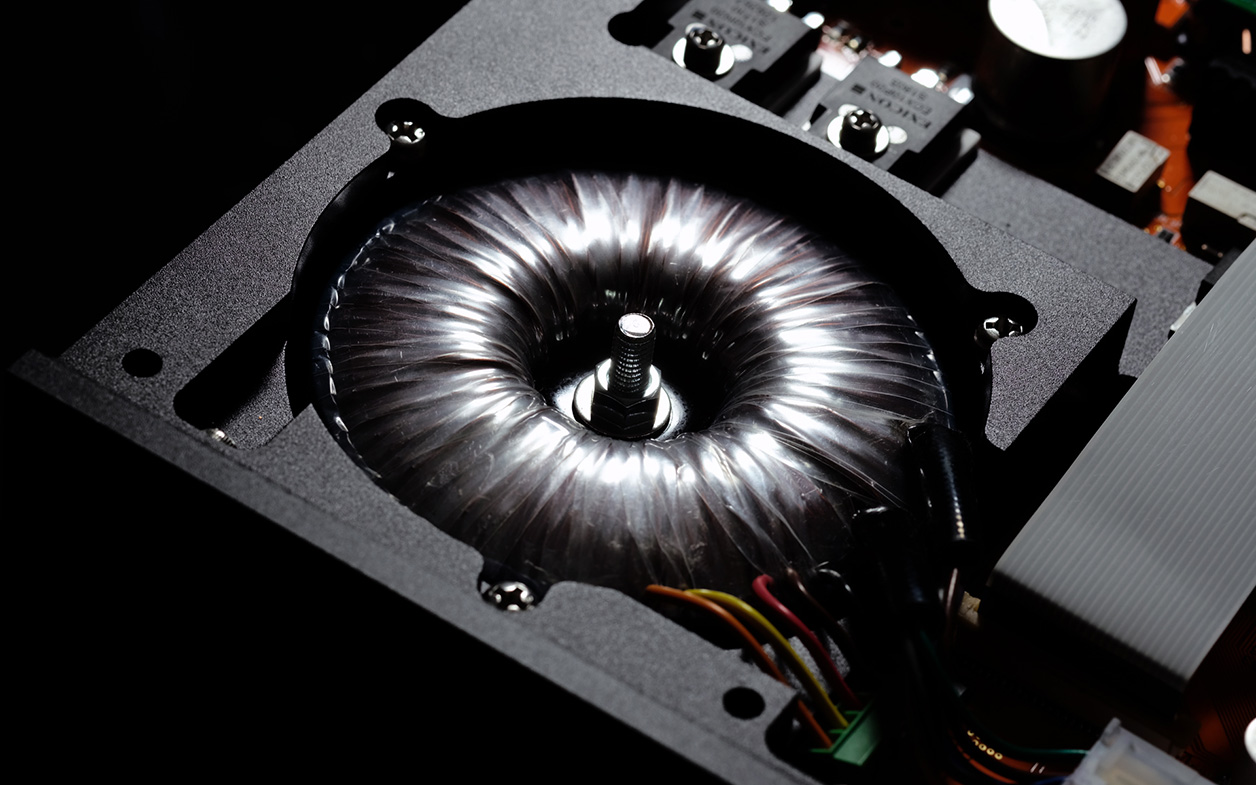 The EX-M1 was more lit up, shiny, nervous and forward. What caught me off guard was the AMP-13R's readiness which held back no punches once large orchestral was on to deliver on dynamic contrast and imaging grandeur as remarkably as its 200wpc rival! The effect was extremely snappy, vigorous, omnipresent and palpable yet never sloppy. Lightning-fast response, tonal evenness and scale of at times gargantuan proportions were just some of the many reasons why Martin Gately grew so fond of the AMP-13R on his open baffles. I could only agree. The spectacle his speakers created on Bakoon's latest was nothing short of mesmerizing.