"I'm finishing a lengthy development cycle and will send you the result in a few weeks. Between working with Cyrille Pinton, Antoine for cabinets, myself and the current pandemic, I'm making sure to build all of our drivers in France. That gives me full control over their manufacture and allows me to go to the ends of my own acoustic ideas." To celebrate the finish of this 6-year R&D, Alain had also picked up his paint brush again. 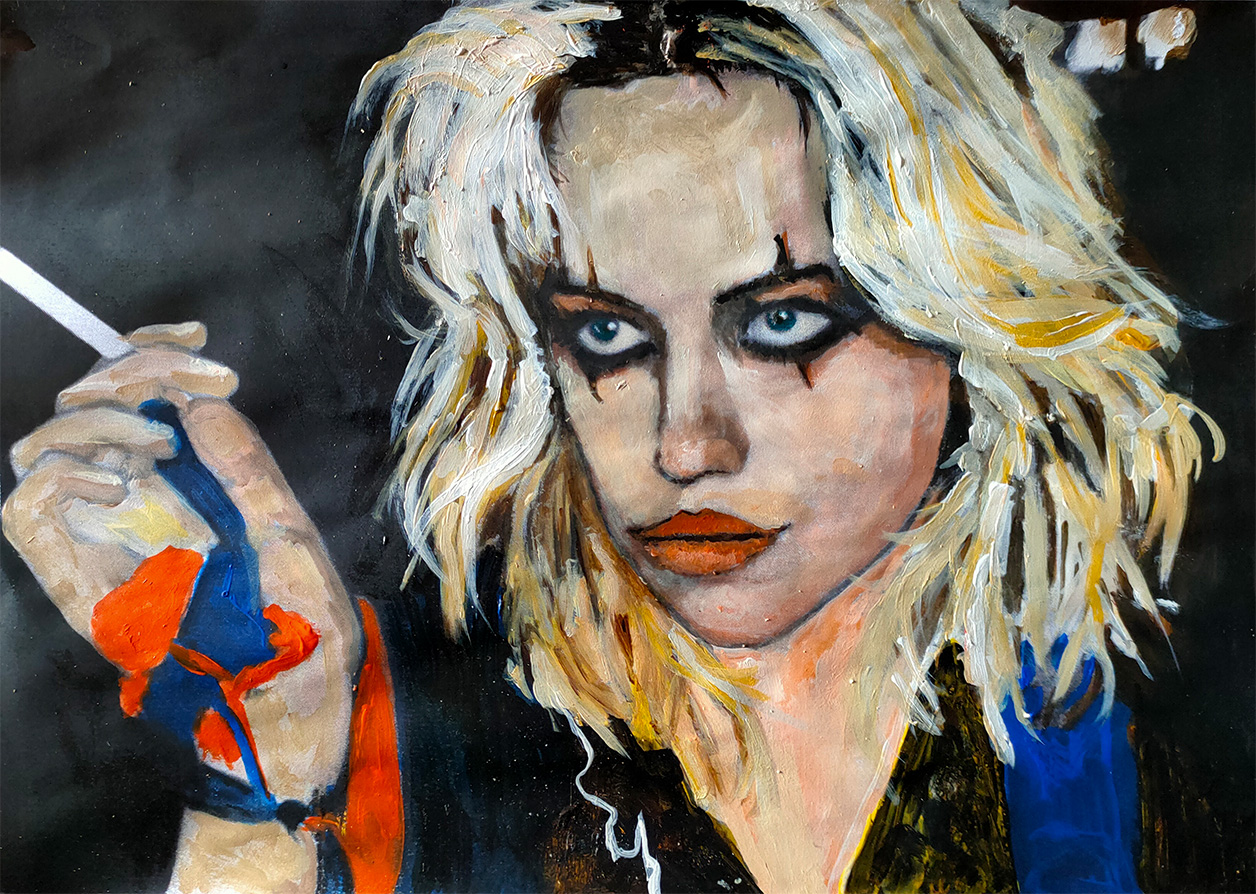 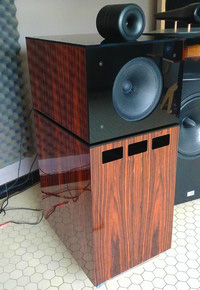 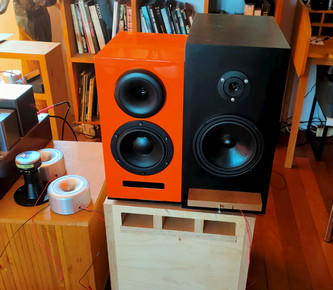 "I just finished Zero tw2. The goal is now to make Junior still more efficient by using all of my own drivers. All winter long I also worked on two low-cost speakers for the mass market using 40-year old vintage drivers. Their sound exceeds all my expectations. I can assure you that we've made no progress in 40 long years.

"With a baffle like my M3, I use the most humble 176mm version of this historic driver plus an exceptional French tweeter at a low price that's been used by millions of speakers before. Like the orange M5 next to it, the slot port goes in front. Now an old €30 mid/woofer performs better than a modern €200 very prestigious Scandinavian unit. That works very well in the bass but the real magic is in the midrange. That it dumbs down by direct contrast. My evaluations are already done. With my crossover and box loading, I think this vintage driver now performs in the same class as the M3's Accuton. I am serious and sad at the same time because the loudspeaker driver industry has made no real progress."

Such statements can seem very crude when made by people with only limited exposure. They cut more deep when someone like Alain has decades of listening to and measuring a vast swath of drivers. So I asked what he thinks causes our stuck status quo. Is it insufficient large-scale funding into modern driver R&D? Have designers just forgotten past accomplishment by lacking real experience with the best of vintage drivers? Are modern materials inferior to what was used back then? Has the rise of high-power computer simulations and test equipment undermined the continuation of a developed culture of trained listening skills? Has increased bandwidth of modern music hurt the recognition of correct midrange qualities? Are modern recording/mastering habits to blame or lack of exposure to unplugged live sound? While I had Alain's attention, it seemed opportune to get more of his take on this contentious but very interesting topic. 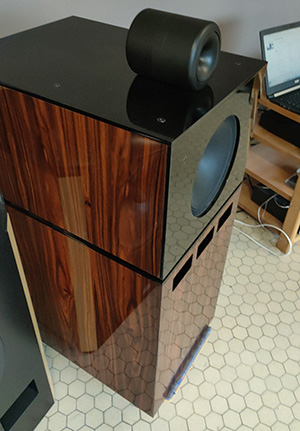 "Difficult to answer if you don't have hours but I can pinpoint the real problem in a few words. Under optimal operating conditions, a modern car engine offers around 36% efficiency for petrol, 42% for diesel. Electric motors are always greater than 90% efficient. With loudspeaker drivers, efficiency varies with frequency so we use each driver where its efficiency is highest and more or less constant. This efficiency is generally just 1-2%, maximally 8%. With this information alone you already see that we're still in the Stone Age and for 80 years haven't improved by 1%. For our hifi motors, we continue to rely on catastrophically inefficient systems to transform electrical into acoustic energy. That being so, there's no good reason why modern drivers should work any better than old ones. It's like with our crossover choices. We use filters which in no way are brilliant. They all have issues. Some of us simply cook good food with them, others junk food. That's it. Our basic ingredients are all the same."

To rephrase Alain's wholesale assessment, our drive units remain preposterously lossy. 9/10th or more of the signal we input converts to heat, not any sound we're paying for. Shocking but true. It's why designers unhappy with it pursue either higher-efficiency drivers à la Rethm & Voxativ; or horn loading. That however puts a magnifier on self noise which gain circuits designed for far less sensitive drivers generate but usually don't betray. It's a challenge fanciers of 109dB Avantgarde even 100dB widebander models know only too well. To those who view kilowatt power amplifiers as awesome achievements, Alain's perspective would counter that they merely hide the most egregious flaw of modern speaker design: power-conversion inefficiency not improved in nearly a century.

"It's the source of our problems. Without doubt, the electrodynamic loudspeaker is based on an ultra-simple principle whose performance is far from miraculous and very much defective. Consider just a few very basic driver aberrations like spiders of very large surfaces which radiate on the main membrane to create distortion from a mechanism that's just supposed to center the driver but lacks proper excursion linearity. Consider magnetic fields whose saturation varies to create dynamic distortion. Consider driver resonances that must be notched out or otherwise curtail useful bandwidth. The shortfalls are endless but lack of proper efficiency is one of the biggest." It's why Ilumnia's radical driver eliminates a spider and surround altogether but still fails the efficiency equation. Fixing the dynamic driver seems a very tall order. "My tweeter's origins date back 45 years. Infinity used the basic Audax version on its large models. It's been manufactured by the millions for cars. If the engineering and manufacturing principle is truly intelligent, it solves a given problem once and for all. In my tweeter there's no glue. The coil heat-seals with the membrane for no loss of the finest micro signal. Then this assembly nests in a support from which I optimized performance, bandwidth and finally created a custom horn. 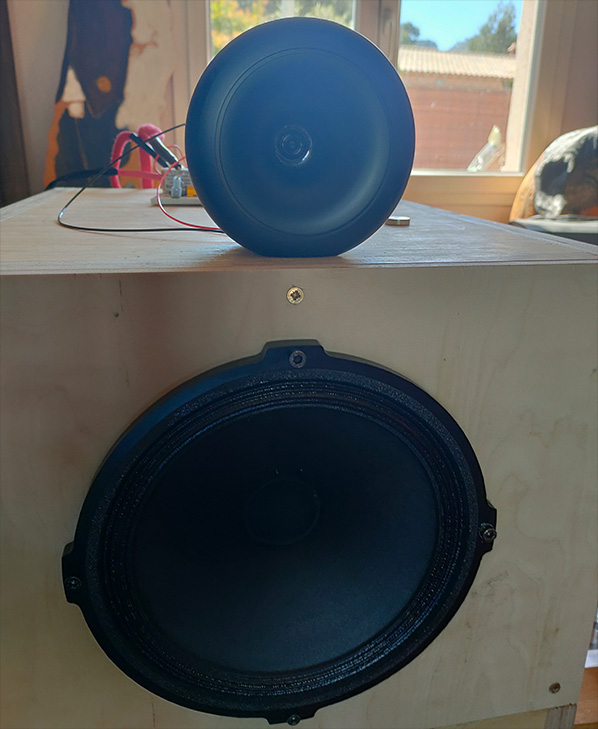 "The owner of Supravox recently heard my new Zero MkII. After losing his development engineer and knowing that I use his drivers, he asked to listen to my products. I suggested he come to Antoine's and listen with me.

"From there he invited me to his home in Paris where he keeps legendary products like Klangfields and other wonders. Nothing sounded as good as Zero Mk2. Now he asked me to develop speakers for him and upgrade his current models. We'll see what the actual offer will be."

By early May 2021, the Zero project had spun off Cadet and revised Senior.

"I was thinking of you. I had Supravox problems to get my drivers but the latest two versions should finalize by the end of May. I also developed a smaller midrange and Zero now really sounds like I dreamt it would."

So Alain would have three models in his growing Zero range. The entry-level model would be Junior with 21cm/8.3" woofer, matching midrange and single or double horn tweeter on top. Cadet would be the middle model with bigger 25cm/9.8" woofer, the same midrange and again a single/double tweeter option. Senior would grow to dual 30cm/11.8" isobaric woofers and only come with dual tweeters. Midrange and tweeter would share between all three models. Only their woofers and cabinets scale up.

"To my ears the sound quality of the midrange/tweeter is just perfect so only the woofers and overall enclosure volumes change. My 21cm Zero midrange uses a historic Vega diaphragm with copper voice coil which is wound onto a Nomex former. A Western Electric-type shock absorber treatment really damps the waves which travel across the membrane to avoid phase rotation and accidents at the edges.

"The bass alignment for all three models is the 4th-order bandpass which scales up to isobaric for the top model to achieve -3dB/26Hz at high SPL. I think Zero Senior will be my final classic speaker design which covers 26Hz to 20kHz at 96dB/W/m in a very reasonably-sized enclosure for the home."

Given Alain's Cadet, I asked why for his speaker models, he didn't dig deeper into a sailor's ranks. "Lieutenant, Capitaine, Commandant… my life of 22 years in the Merchant Navy" he joked right back. But perhaps pinning those stripes to a speaker's epaulets was a bit much? Alain actually didn't think so. Thus a rechristening was in order. This gives us the speakers' respective rankings in Alain's former professional world. Amiral for admiral clearly remains reserved for his big hornspeaker still dreaming under Notre Dame de la Garde Basilica. Because my narrative followed this story through its many twists, I'll use the new names going forward to not confuse what came before. I'd originally signed up to review Junior. Now it was called Lieutenant. I'd gained two stripes and a turn. As Wikipedia puts it, "a lieutenant is a junior commissioned officer in the armed forces, fire services, police and other organizations of many nations…" plus a hifi speaker as it turns out.