Dad bod? The Audio Note AN-K/SPe can't entirely hide a tiny emphasis in the upper bass and lower mids. Sometimes this was more, sometimes less depending on track. With the Ortofon Reference SPK Black cables, it showed a bit more than with Audio Note's own speaker cable which was one of the reasons for using the latter. However, this slight belly of prosperity didn't translate into an overall impression of tonal warmth. Rather, it skillfully balanced the open and finely nuanced midrange which portrayed voices like Jacintha's or Agnes Obel's with maximum transparency and articulation. Without this shot of substance, I could imagine the AN-K/SPe coming across as a bit too ethereal depending on setup. Moreover, it lent a charming boost to the electric guitars in Katatonia's "July" from the album The Great Cold Distance. Here the Grandinote Mach 2R revealed quite ruthlessly how this production is sub-optimal especially in the presence region. With the AN-K/SPe, this didn't bother me in the least because I mainly followed the song's positive side of its composition. Hifi reviewer gobbledygook you say? Perhaps. In this case, I simply stand by it. 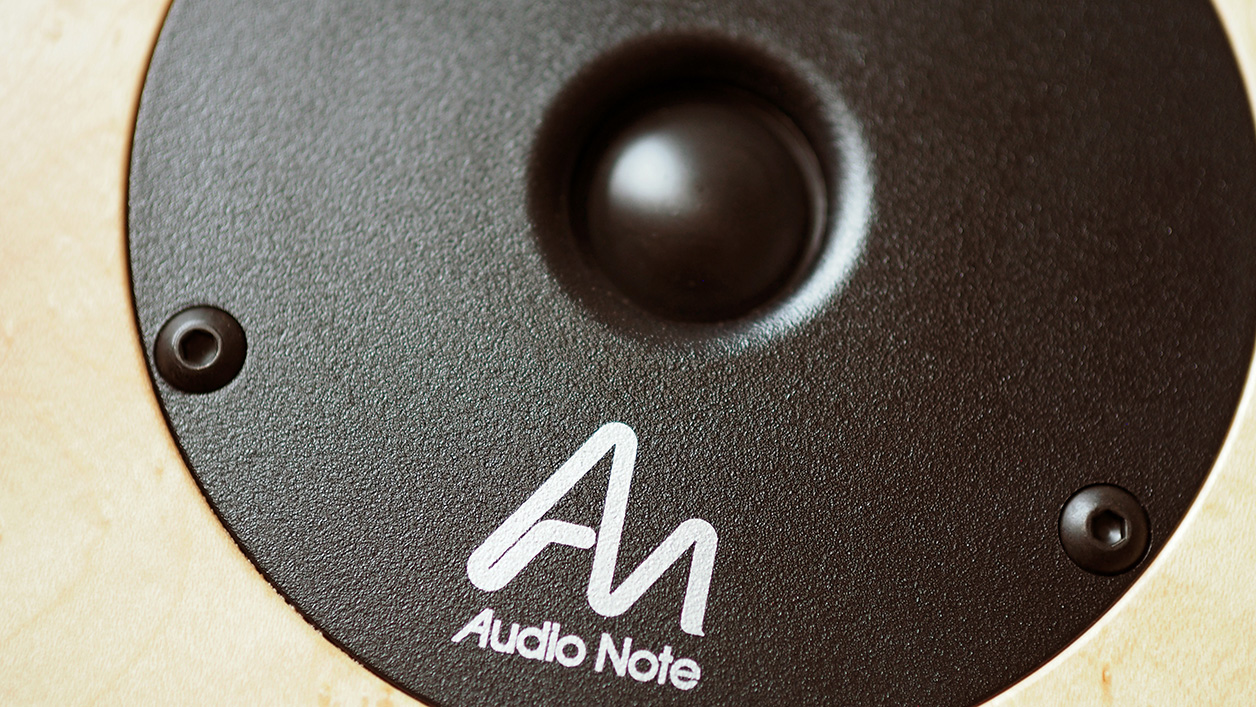 Air is transparent. I like listening to the ATC SCM19 because they have exemplary open, unadorned and natural voice reproduction. Then their transparency in the mids and treble is second to none up to €5K. The AN-K/SPe were easily on par, phrasing Dominique Fils-Aimé's voice in "Birds" with her very own fortunately not overly smooth texture and letting the overtones of the piano in Radiohead's "Pyramid Song" vibrate true to life. In Porcupine Trees' "The Sound of Muzak", the Audio Note played out two midrange advantages. The snare drum seemed even more focused, more on point than with the ATC (that was quite something!) and they delivered the impression of liveliness and airiness with acoustic guitars in even more shimmering fashion. Maybe they didn't manage this in quite as flashy and shiny a manner and not quite as crisply outlined as the exceptionally talented Grandinote Mach 2R but such a precisely projected impulse is noteworthy even in the upper class of the AN-K/SPe.

Also, the AN-K/SPe seemed a tad airier still than the Grandinote at right. This may have been due to excellent micro dynamics with which the AN-K/SPe brought out even the most delicate energy nuances in the drum playing of Max Roach's "Lonesome Lover" from It's Time; or the touch of vibrant freshness the tweeter brought into play. This was accompanied by excellent detail resolution in the high frequencies. Here the Audio Note played more or less clearly beyond both ATC SCM19 and €1'999/pr Sehring M801. The incredibly detailed €3'800/pr Starke Sound IC-H1 Elite meanwhile demonstrate that there is always a bit more micro information in the bits, bytes and vinyl grooves than expected which, alas, they don't integrate as homogeneously and organically as the AN-K/SPe.

Harmonizers? The fact that excessive dynamic range was certainly not at the top of the developers' to-do list is not surprising given the design principle at hand. The AN-K/SPe simply don't want that but that wasn't particularly noticeable, at least not after just a few tracks once you get used to their homogeneity, coherence and enchantingly balanced harmony. Each instrument, whether acoustical, amplified or synthesized, seemed complete, coherent and authentic. The AN-K/SPe's intuition for rhythmic detail and musical flow also fit with this.

When drum demigod Mike Portnoy adds little syncopations and almost imperceptible delays in Transatlantic's "Higher than the Morning" from The Absolute Universe: The Breath of Life and the rest of the prog super group follow with precision as only absolute professional veterans can, I couldn't help but smile with satisfaction. The Audio Note AN-K/SPe's unobtrusively subtle, perfectly timed and enjoyable character was matched by the fact that one can listen formidably at low levels just below night-time conversation volumes.