The good news was that the basic qualities gained by the Audio Exklusiv cable were not diminished by the PCD 1. The dynamic exuberance of the Audio Exklusiv cable remained very much intact with lightning-fast responsiveness keeping pace with the steep musical transients in complex music. The PCD 1 noticeably dropped the noise floor to enhance dynamic response, improving low-level detail and establishing not only wider overall dynamic range but more meaningful range at lower listening levels. The performance came close to the Exact Power/Gutwire Consummate pairing and was slightly superior to the Exact Power solo. The addition of the Consummate grounding cable to the PCD 1 lowered the noise floor a bit further but the standalone Audio Exklusiv gave extremely effective baseline performance without supplementation.

The upper octaves gained refinement, less HF splash and more relevant realistic information applied to instrument and venue. "Something Just Like This/Hungarian Rhapsody" from Limitless: Piano Guys became less ethereal and more acoustically centered. In comparison to the standalone Exact Power, the PCD 1 rendition was slightly cleaner on this cut. The midrange of the Audio Exklusiv power cord continued to shine through the PCD 1, retaining its palpable charm. The bass range was somewhat more transparent in the 40-60Hz area, allowing more accurate timbre and superior transient nuance on "Persuasion" from Govi's album Andalusian Nights. It made subtle but legitimate gains over the Exact Power and my recollection of the DR Acoustics Antigone in this region, a noteworthy achievement. In total, the overall change affected by the PCD 1 was increased broadband transparency and lower distortion in the top end. 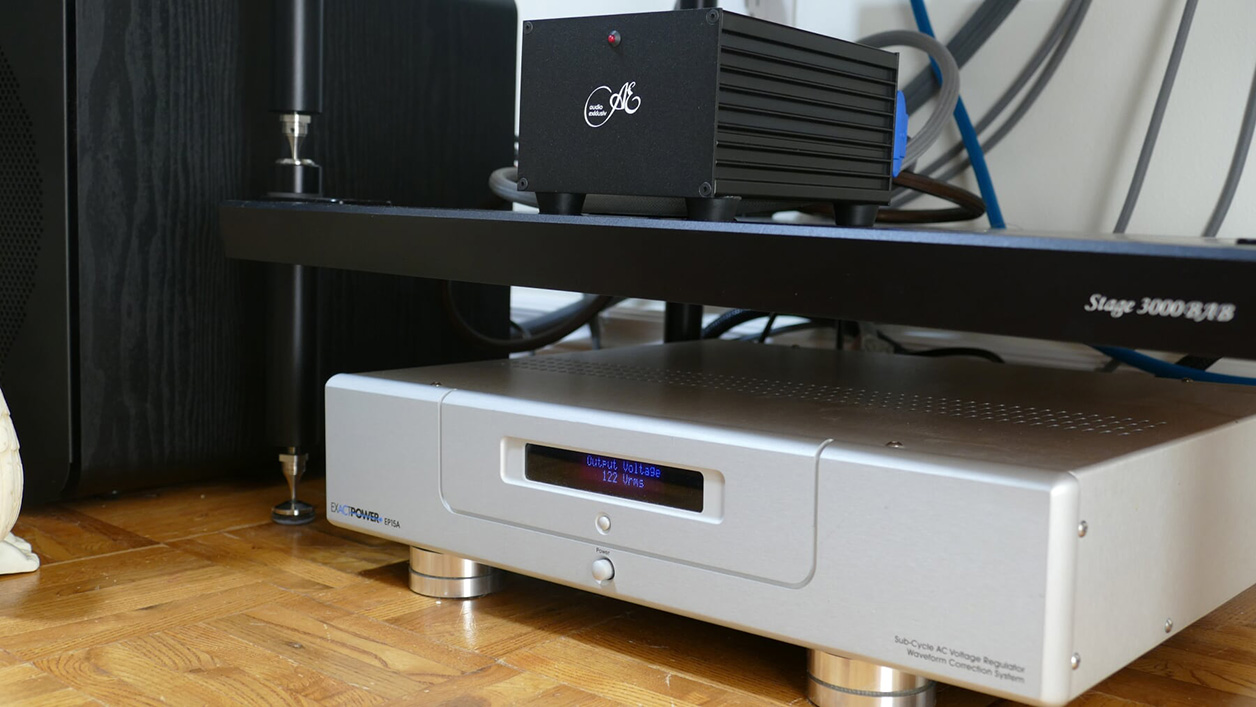 Handling of space with the PCD 1 was a winning situation thanks to its lowering of noise artifacts. The high-frequency haze previously interpreted by the system as image height was correctly translated into depth and projection, with greater image dimensionality and clearer venue cues. At its best, the results were impressive. The haunting venue and subtle instrumental interplay on Jim Copperthwaite's album Ballroom Ghosts were reproduced rich and immediate. Scale was dependent on input cable so if you're of the mix 'n' match persuasion, power cable choice will affect results. In comparison, the Exact Power/Gutwire combination was somewhat less critical of input cabling but top results for both devices were quite similar.

The overall performance of the Audio Exklusiv PCD 1 was quite commendable. Its capabilities to reduce EMI/RF noise and grid problems were exemplary especially given its relatively low price. It showed quite competitive against the Exact Power EP15A supplemented by the Gutwire grounding cable, thus rather a high standard. The Exact for its higher cost offers the additional benefit of regenerating and correcting incoming voltage to keep the musical energy constant when Gods of Hydro wax foul and dark. The GutWire attacks the EMI and RF issue at the component circuit rather than the power mains and does best duty as supplement to rather than replacement for a good power conditioner. 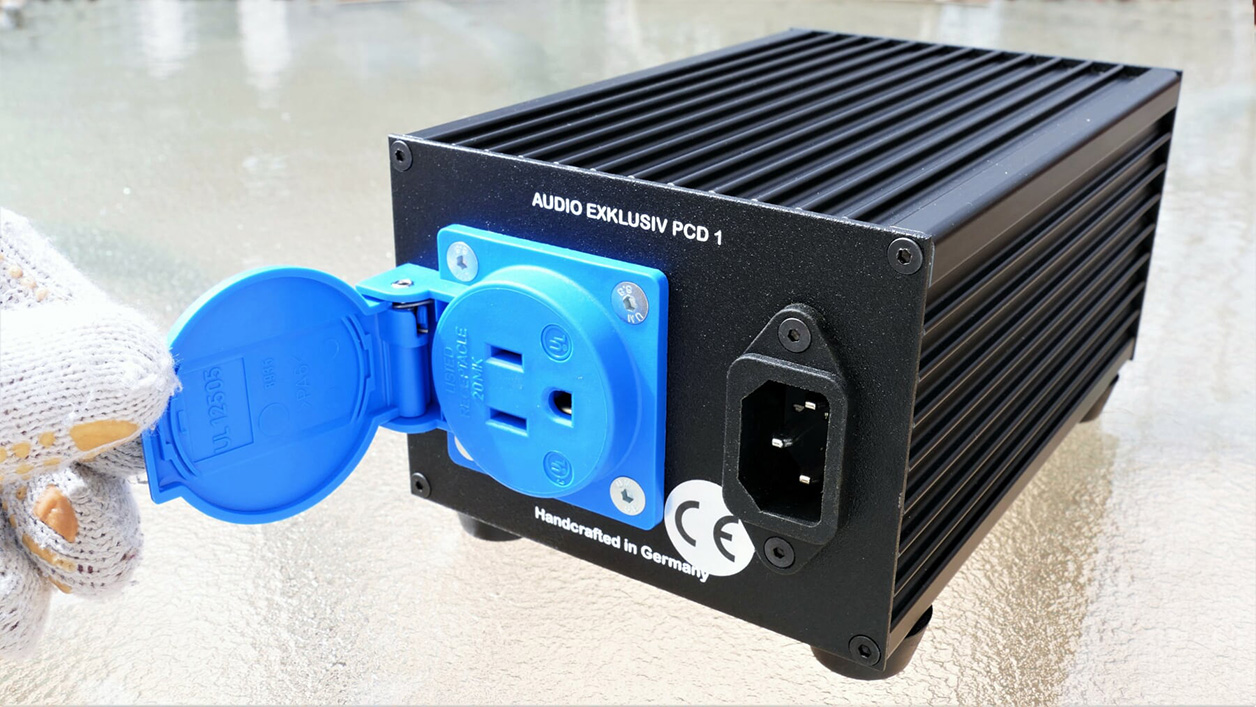 So, Audio Exklusiv has two bona-fide hits on its hands. The AC cord showed sufficient performance pedigree and construction for an attractive price to merit serious consideration against pricier competition. Its exuberant disposition will make it an effective tonic for systems needing some dynamic life in their electric blood and its fealty to midrange will win audiophile hearts. The PCD 1 power conditioner proved an excellent match with its companion Audio Exklusiv AC cable, contributing additional refinement in the ascending octaves while keeping its strong points intact. It proved beneficial on every AC cable combination I tried, retaining core character without affecting dynamic behavior while significantly reducing overall noise. In overall effectiveness, the PCD 1 approached price-no-object performance benchmarks. At its aggressive asking price, the Audio Exklusiv makes a powerful contender against much more expensive competition. Both AC cable and power conditioner earn easy recommendations that the hard-core audiophile can be satisfied with and the budget-conscious audiophile still afford. Both products are available through dealers in North America. The AC cord is also available Internet direct from the Charisma Audio website. 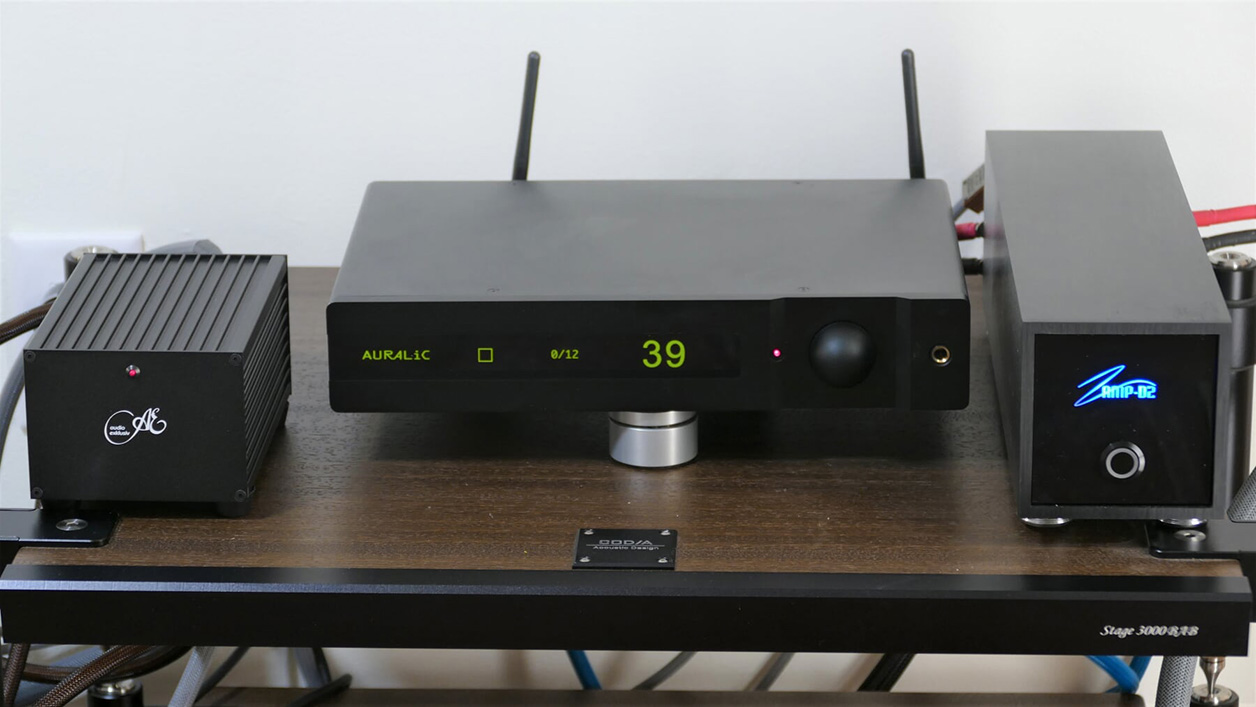 Quality of packing:  Cardboard container with Styrofoam chip and bubble wrap for the PCD 1. Cardboard container and thick zip lock bag for the AC cord with plastic prong protectors.
Reusability of packing: Intended more for return to dealer than shipping.
Condition of components received: Perfect.
Delivery: Hand-delivered by Charisma Audio rep.
Website comments: Charisma Audio offers mirror information of most of the manufacturer's website content. Both are highly informative.
Human interactions: Quick and informative.
Warranty:  Warranted against defects for 2 years. Charisma Audio handle all repairs in Canada and the US.
Final comments & suggestions: Audio Exklusiv have built two upgrades that are simple, cost effective and functionally convenient. Isn't that how technology should work?