Thanks to Mr. Schönberg's detailed look at the research and design philosophy involved in these two products, I had an excellent foundation to begin the review. I started the evaluation with the power cable. Audio Exklusiv opted for three high-quality copper cores with a cross section of 2.5mm² each, insulated with rubber and clad in an outer rubber sheath to avoid stray electrical charges. The connectors are Audio Exklusiv-sourced upscale carbon-fiber wrap with Rhodium-plated contacts and offer a tight secure fit. The cable is refreshingly flexible in comparison to some of the gargantuan efforts that have gained popularity with audiophile crowds at the expense of practicality so kudos to Mr. Schönberg on that score. 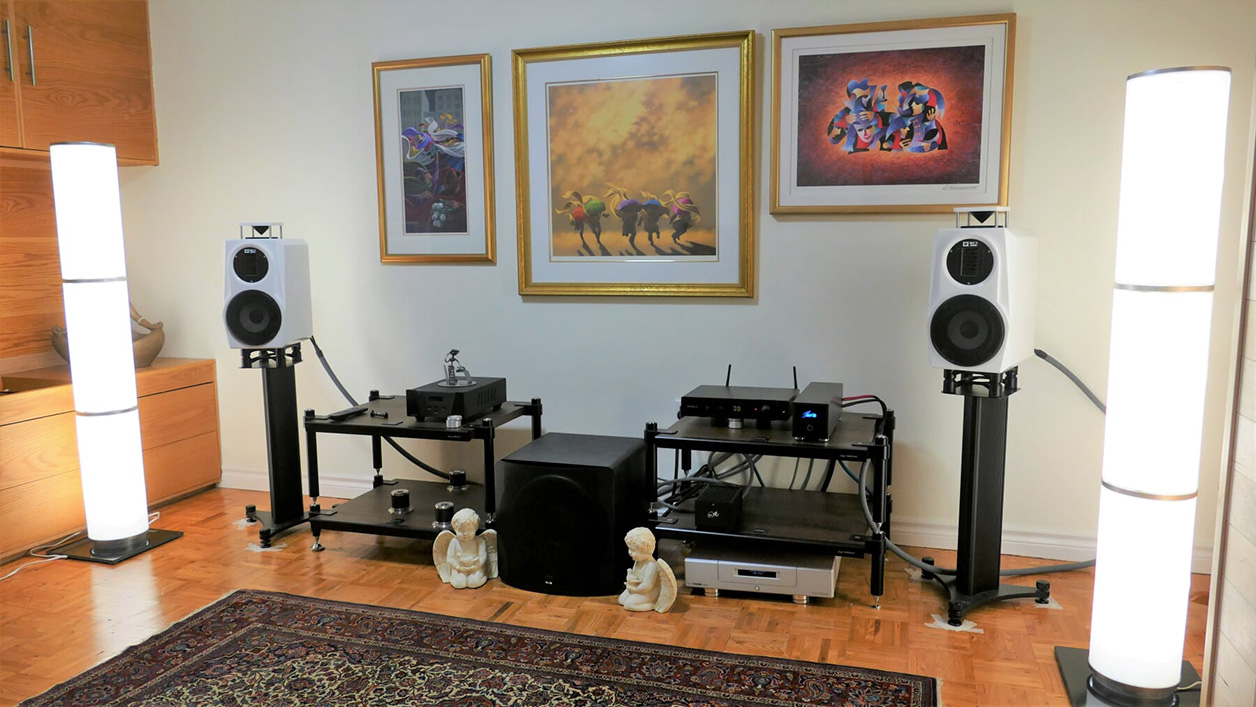 The Audio Exklusiv required a relatively short break which manifested as initially overripe upper bass to cause some background instruments to take precedence over the lead performer. Time quickly sorted out the imbalance and laid to rest the orchestral mutiny. To keep the proceedings repeatable and consistent, I kept the Exact Power 15A power conditioner in the circuit and began a rotation of Audio Exklusiv, Arkana Physical Research Suprema Flamen and Audio Art Cable Power 1 SE power cords applied at the Auralic Altair source. The GutWire Consummate ground cable was periodically inserted to test its enhancement effects on each cable.0

The Audio Exklusiv power cord showed itself to be a high-quality upgrade cable. The system blossomed with enhanced micro/macro dynamics, adding a fair bit of spring to its stride. It showcased the remarkable dynamic twists and turns to be enjoyed in the folk music of Danish band Dreamers' Circus on the album A Little Symphony and the unabated dynamic lunacy of Tales of Sound and Fury by Camerata Nordica on the BIS label. In these attributes it was comparable to the Audio Art Power 1 SE which played in a very similar dynamic vein. The Arkana Physical Research was subtly different, reducing overt dynamic contrast between the extremes by adding more refined layers of gradation. Overall detail level was similar between the three.

The tonal balance of the Audio Exklusiv was an absolute crowd pleaser. It was unabashedly midrange-centric and anchored the system with astonishing purity that gave life and intelligibility to vocals and instruments. Delicate classical material like "Ouverture-Suite in C Major" from Telemann Corelli and Bach by Swedish period group Höör Barock on the BIS label was handled with appropriate weight and energy as well as the emotional subtlety of Tom Odell's "Real Love" or the dark vocal gravitas on "Let Go" from Deadmau5W:2016ALBUM. The upper bass through lower midrange was neither dry nor bloated, serving to subtly spotlight midrange clarity. Bass was powerful and quick on its feet. Upper levels had good openness and air enhancing the acoustic envelope. By comparison, the system palette presented by the Audio Art Cable was similar in bass power, played slightly less emphatic in the midrange and although similar in terms of extension and openness at the top, showed slightly more focus. The Arkana Physical Research added layers of refinement by further cleaning up the top end and exhibited lower noise to contrast its somewhat flatter balance against a darker background.