This review doesn't lend itself to scope out the depths of the ASR catalogue. But relative to the Emitter models, I should mention that 2016 saw their biggest overhaul yet. The motherboard with 2 x 110μm thick traces is completely new and at 2.5mm thickness more rigid than the precursor. New input selection with double-contact relays now also switches signal ground. In- and output stages gained new high-voltage capacitors and input impedance became selectable as 470Ω or 22kΩ via dip switch. The optional XLR sockets are of higher quality and the front and rear plates renewed to improve cosmetics. All Emitter Basic models run an Elma rotary switch which drives an optical Copal encoder for the volume and the active power filtering. The included remote wand (a €500 value when purchased separately) is machined from solid Corian and fitted with stainless steel buttons and a Lithium-Ion battery. It duplicates the front panel commands and can volume match individual inputs. 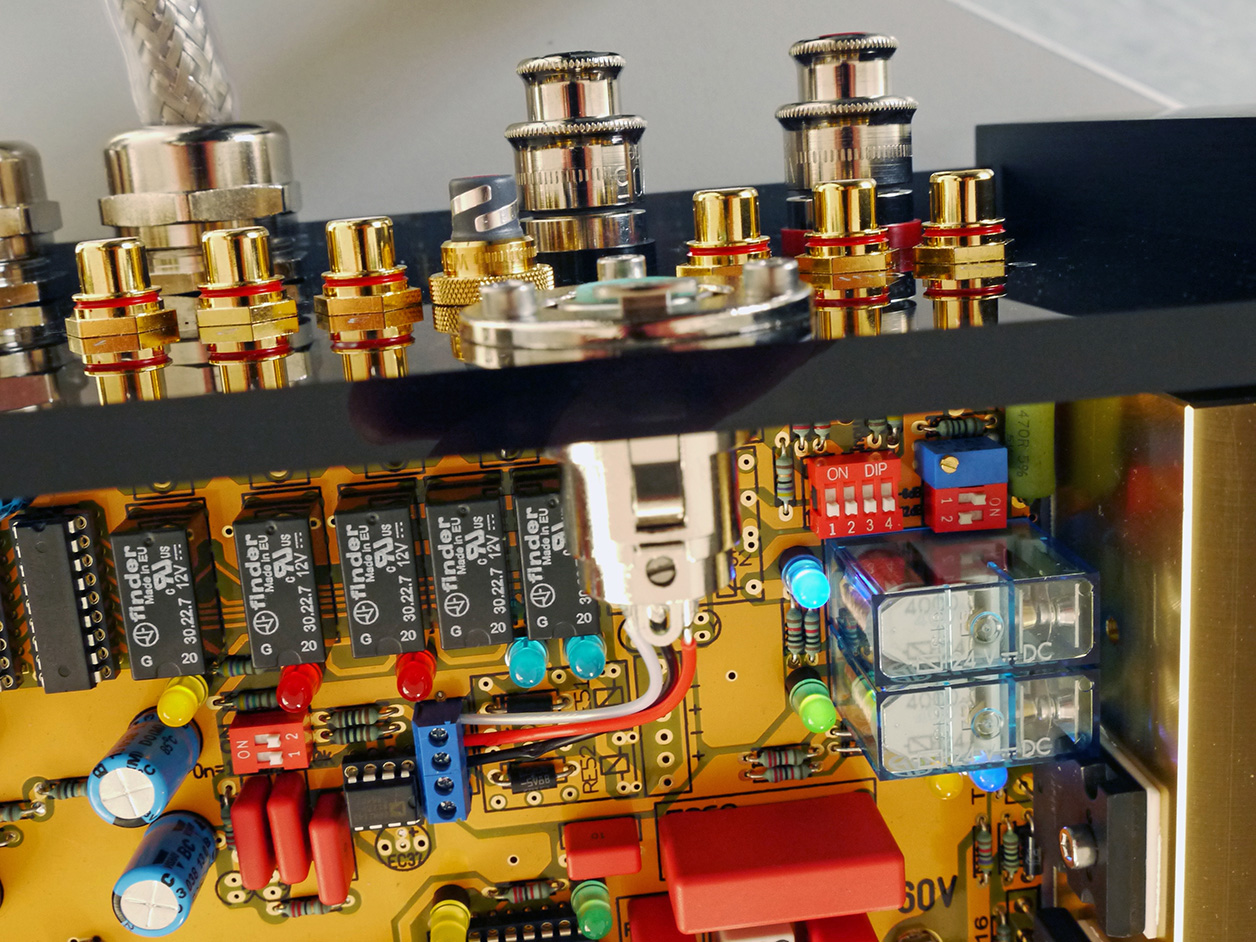 Not your usual integrated. That's the ASR Emitter. So it's not a conventional preamplifier with tacked-on current-gain block. Instead it's a power amp with volume control and input selector. The reason is plain. The output voltage of today's sources is high enough to drive amplifiers to full output directly. One only needs attenuation, not more active gain for now superfluous pre-amplification. According to ASR, the best solution is their 12-relay switch to insert resistors coupled to another four relays for gain matching. A volume readout up to 50 implies just signal cut. 51 equals unit gain or source thru-put. Only 52 begins to add some gain which, with speakers of standard efficiency, will take fortitude because that gets really loud. The ASR concept also liberated its designers on where to place the input switching. They use individual relays directly at each input to eliminate potential cross talk.

Powerhouse. A further bonus for power brokers is the optional bypass input to eliminate the volume control entirely; and bridge mode to about quadruple the output rating, netting ~1KW/4Ω for the Emitter I. The II version almost hits the 2'000-watt mark. Members of a fabled secret society whisper of a Thai installation which—depending on who whispers, is either madly glorious or ridiculous overkill—runs 5 x bridged ASR Emitter II into an actively crossover'd big Wisdom Audio panel setup. 5 x 2'000 =… hmm… 10'000 watts. Cough. 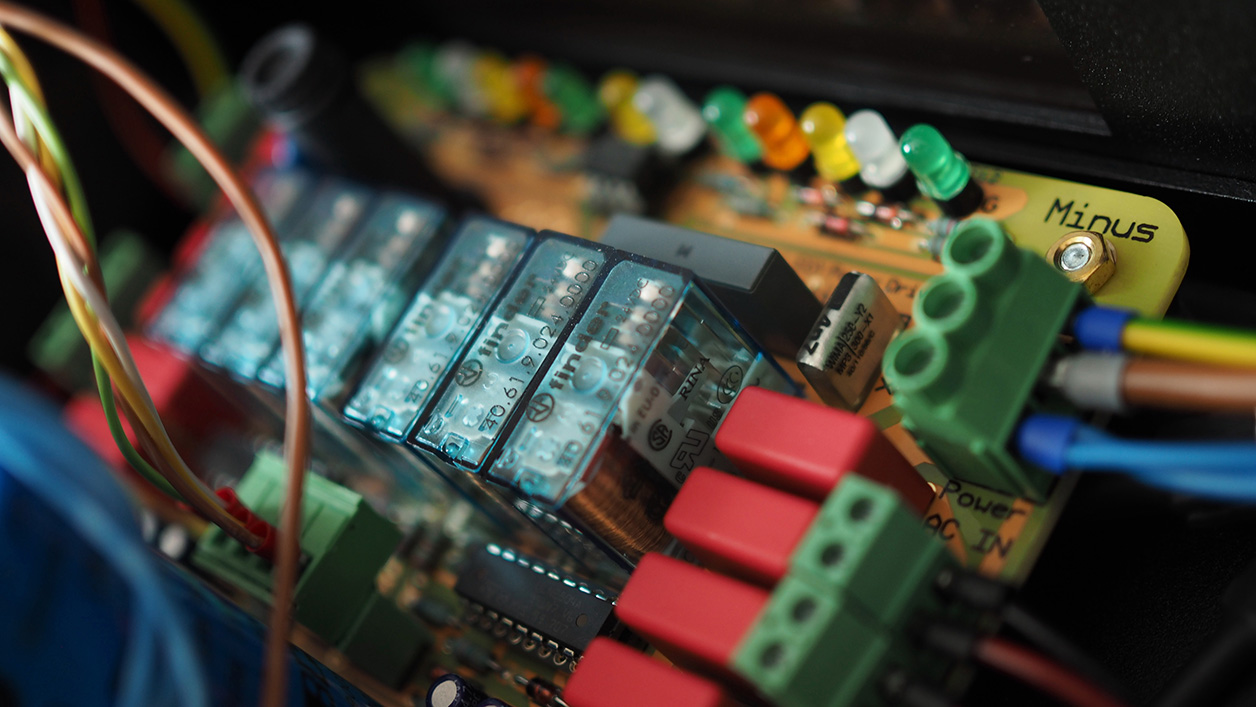 Eco freak. To improve Emitter I's green footprint, an energy-saving circuit only taps a portion of the over-spec'd power supply until SPL exceed its current. Only then do six relays open to unleash the two main power transformers into full-power mode which two blue lights confirm behind the acrylic face plate.