The power supply incorporates active AC filtering and a separate DC blocker for each transformer winding. ASR thus strongly recommend that we do not add AC filters, conditioners or line-voltage regenerators ahead of their machine. Their slit-core power transformers look like standard EI issue but hide exotic cores. According to ASR, this material is seriously expensive and typically seen only in small toroidal types. [One suspects nanocrystalline, amorphous or FineMet material – Ed.]. Due to their bigger cores, efficiency and impulse behavior are said to far exceed standard toroids yet create fewer stray radiations than the donut types.

ASR consider filter capacitance mujo importante so already the base model gets a high-voltage 404'440µF capacitor array. The Exclusive version hits 604'440µF, battery power exceeds a million for a whopping 1'0302'440µF. Such copious filtering and—since 2016— new filter parts have optimized dynamics and micro resolution. Explains ASR boss Friedrich Schäfer: "For our power rating, a fraction of these capacitors would suffice. Our extreme filtering together with dedicated voltage rails for each gain stage secures highly stable imaging even during colossal mayhem and a perfectly neutral tonal balance down into the infra bass. Take a very subdued voice surrounded by copious bass energies. Many amps will lose their spatial plot, give up focus, let images drift and make the voice jump. Our Emitter maintains unconditional stability. Also, capacitance plus inductive speaker loads tend to creates a resonant loop. So typical smaller filter arrays will over-emphasize the 80-120Hz range. Bigger arrays extend bass response and deliver more articulation and pressure well below 30Hz." 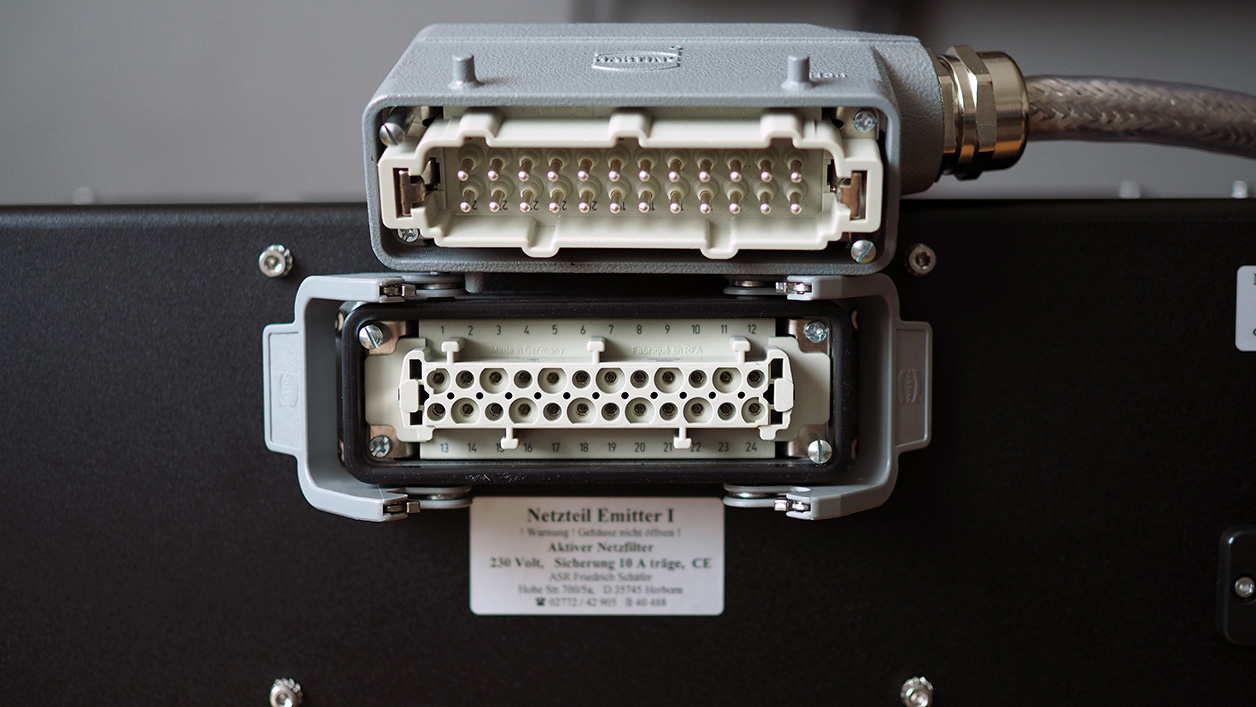 Connector envy? ASR have us covered.

Perhaps no surprise given the high currents involved but still impressive and probably very rare in home hifi are the massive industrial Harting couplers making the power umbilical connections. One 24-pin copper conn alone weighs at least half a kilo, is a solid 15cm wide and jacks into the back of the PSU with a bomb-proof locking mechanism. The attached cable itself is a 2.5m long quite thick double-shielded affair. This allows setups where the power supply goes into hiding like behind the dress covers of my Roterring Belmarro 33 rack. 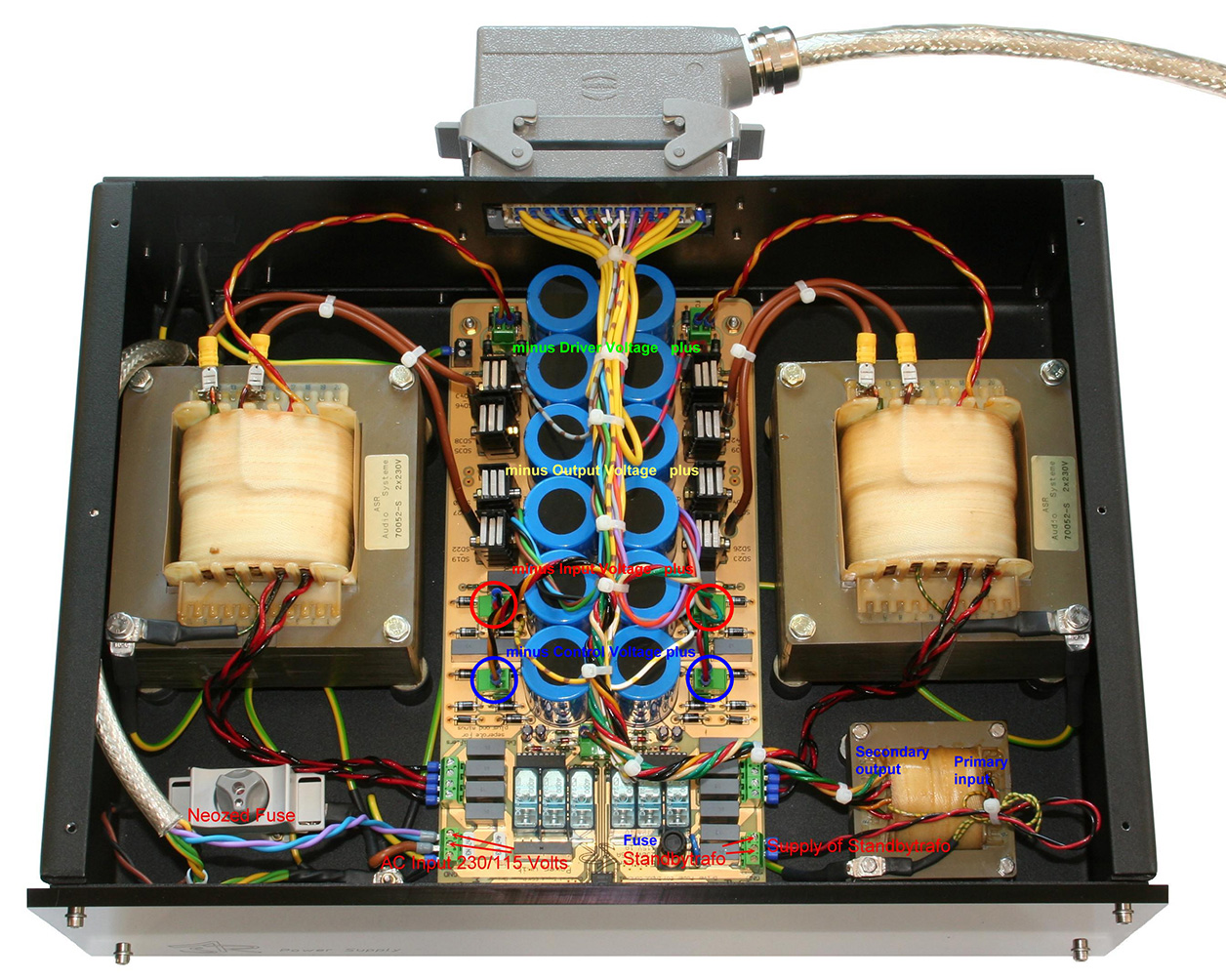 The PSU draws utility current from your wall socket via the included 1.5m ASR Magic cord with 21A plug (longer lengths by request). Obviously that cord is marked for proper power polarity. Inside the PSU, an especially low-loss Neozed circuit breaker is allied to a variator which triggers a small standby transformer to shield all circuitry from intermittent dangerous voltage/current conditions.