Switching to switching power turned on the overhead lights. The sound brightened up and cooled down. Subjective resolution and detail density increased. The more organic earlier elements of flow and temporal elasticity diminished. This demonstrated how Sensa tracked upstream changes and shifted system voicing by noticeable degrees. With Kinki Studio's integrated following the same path if not quite as far, my earlier rounds stuck with the balanced Purifi amp. It kept overall hardware expenditures more in line with Sensa's positioning. The COS D1 DAC/preamp already weighed heavily on the bill. In trade, it did include a purist analog preamp with fully balanced outputs to pack two components into one chassis. (The forthcoming COS D10 with still more features is expected to come in for 45% less.) 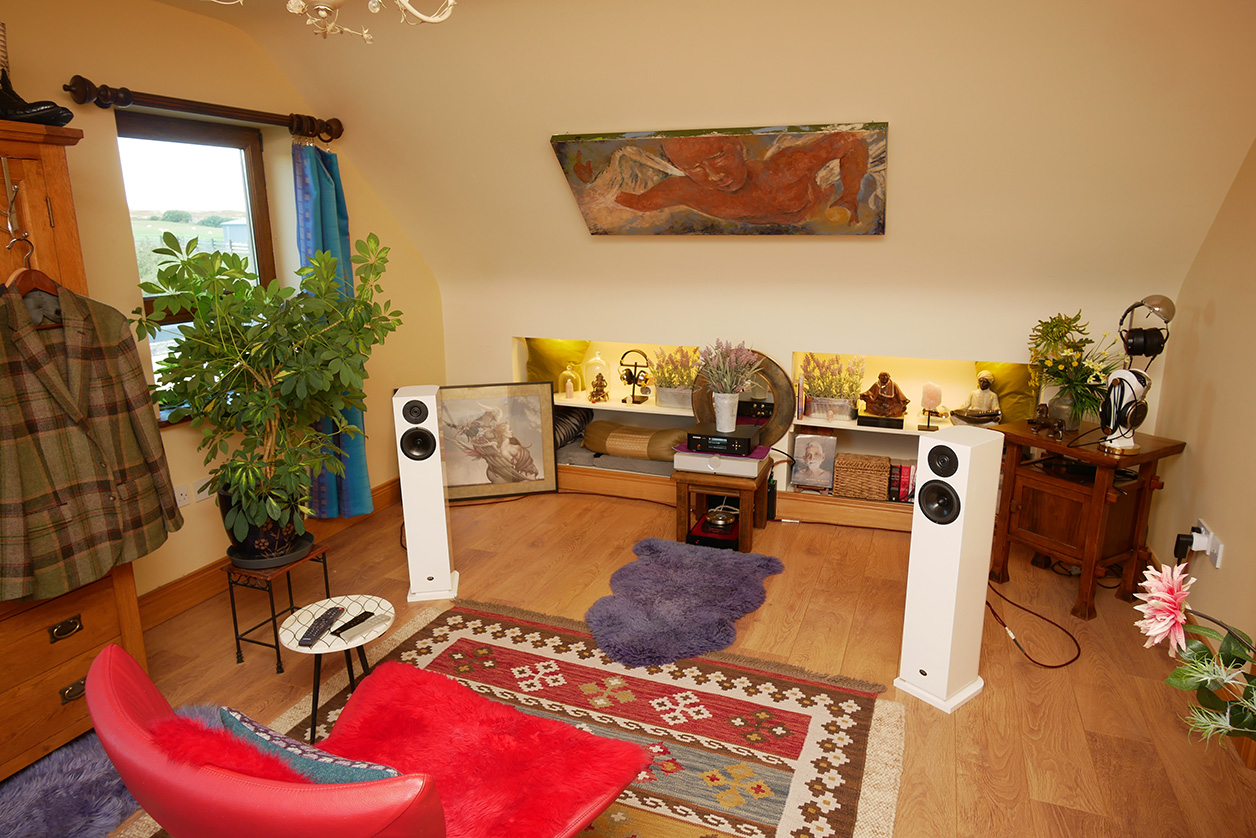 Indulging a bass bender with my best-amp scenario for such depth mining demonstrated unexpected extension on synth-heavy fare. This type bass majored on light-footed articulation to exhibit no port bloom or any forced antics Mark & Daniel style. In concert with what's appropriate for smaller spaces, bass quantity remained properly subservient to the mid band. It was a calm if solid foundation not noisy distraction to be rightly aligned. This stepping in not out of line helped increase the intelligibility of the higher information that radiated off the same driver. It's probably what led to my undeniable sense of more detail. To be sure, I'm not advocating the need for 200 watts. I'm just noting how exceeding 25 watts switched the musical reading into higher gear. Though no longer made, a Job INT would have made the perfect budget partner. Perhaps because Sensa is a two-way where one driver handles vocals and bass, I thought it sounded better with more power than the far smaller 3-way sound|kaos Vox 3 for which the Bakoon's 25 watts are my favorite high-octane fuel. Or perhaps Sensa's more complex stacked filter network benefits from higher current and more output transistors per channel than just a pair?

Detail density became the next highlight on my switched-on Sensa tour. One can have loads of detail—the proverbial foliage of a birch tree where each shimmering leaf competes for attention—which, somehow, lacks cohesion or togetherness. Because of this, the detail feels analytical; dissociative. When density adds itself to the equation, the necessary glue logic returns to bind the details into a shared whole. By design, using words is wordy business but the experience itself is very simple. With detail density, small things stand by to be picked out at will. They don't all yank at our attention without our bidding. Unless we focus on them which peels them out, they run with the pack. We know it's a pack but our sense remains with the overall movement of the pack inside the even greater musical landscape. Considering how a crossover segregates into parts that which came to it whole and which is supposed to reassemble whole again at our ear/brain, I couldn't help but suspect that Christian's trademark DRIM filter had a say in this. A nicely technical term for the effect would be coherence. In this sense, it's the opposite of apartheid. Things cohere instead of fall apart into many different parts. 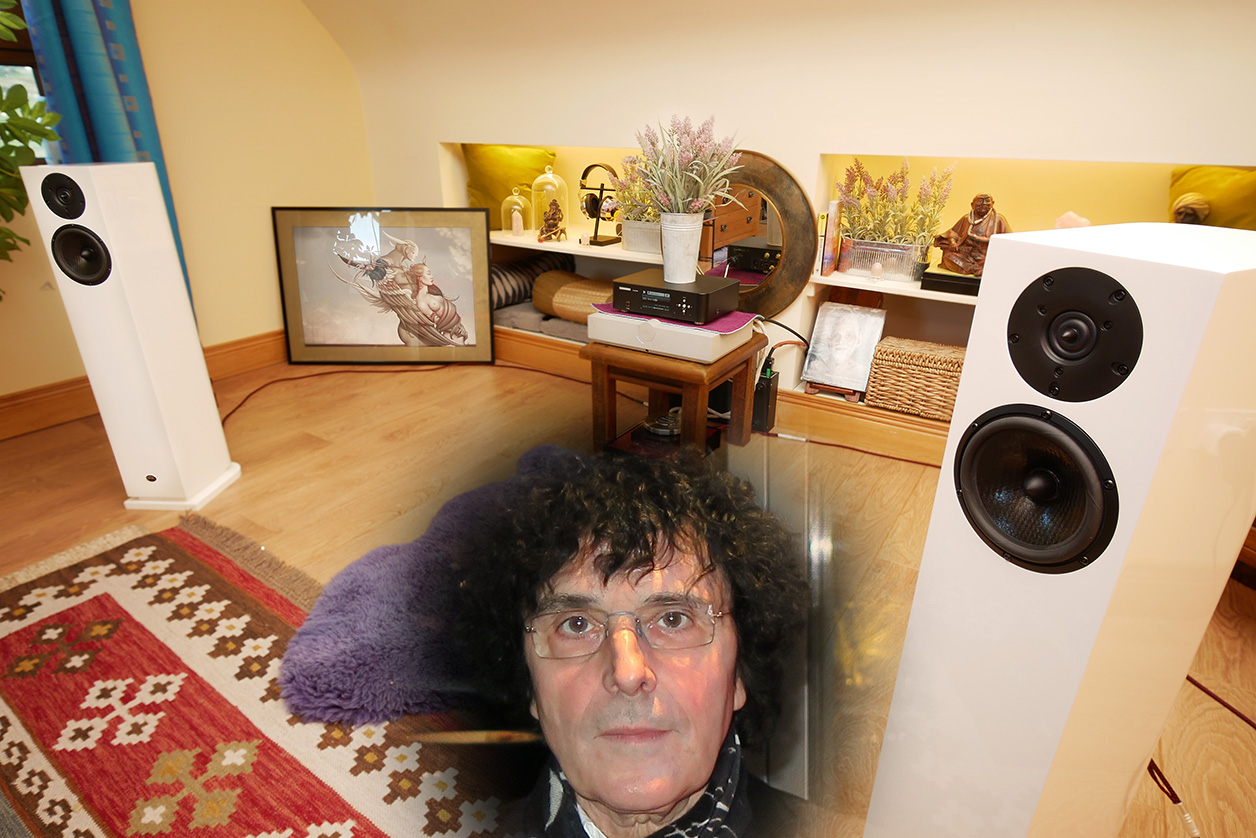 Designer Christian Yvon between his creations.

That's still different from just density. Without obvious detail, density by itself might describe a wall of sound where everything compacts like stale porridge. It's when density and detail join together that detail as a sense of articulate definition and adroit enunciation is present without having to first separate out. And exactly that team work of detail density became my overriding impression of Sensa. The musical feel had a high level of cohesiveness. That isn't so much a thing we hear as such. Rather, it's an absence of many other little things which remind us of appliances being at work. It's when cracks in the sleight of hand which give away its trickery become invisible that we give into the illusion. Now an undercurrent of constant effort relaxes. Rather than work at believing a self-made illusion—a silly thing when we know that there are no real musicians present just because we hit 'play'—we allow ourselves to be simply entertained.

It's my observation that systems which overemphasize detail oblige us to pay undue attention and sidetrack us into careful observation. Eventually that type listening turns into work. It becomes an effort. If on the other hand detail envelops inside the greater picture—more teased out than thick stuffy density, less overt than explicit zoom—our experience is uncomplicated entertainment. Every once in a while we admire the magician's costume or his assistant's showier assets. Most of the time, we're simply drawn into the stage act. That's when playback is easy and fun. Here I thought that Sensa was well balanced between the 'musical' and 'hi-rez' elements. For my tastes, the class D Purifi amp had moved things too far into hi-rez. What I wanted was halfway between that and the little AMP-13R. A higher-power Bakoon then? Crayon CFA-1.2 to the rescue.