As it happens, the S30 includes a DAC. It's arguably just a starter solution to soon want to make a handshake with a quality external D/A converter. That's the deck's core competency and how I used it. That said, it certainly wasn't bad what came out of the analog outputs even if this category offers more. It still was a good entry point. According to Mark Jenkins, the next logical upgrade within the modular S range is the €1'590 S60 power supply below which elevates the setup of S30+S60 to €5'900. Sadly this ensemble did beat my more affordable ‘benchmark' Innuos. Reviewers live to say otherwise but in this instance it wasn't to be. How so? Particularly that which had impressed less with the stock power supply—dimensionality and stage depth—shifted into higher gear. What's more, I now had the impression that the Antipodes twosome had the even calmer backdrop to render seemingly non-essential nuances like hall decay and minute noises of live recordings clearer. Micro resolution had increased. Now I could hear deeper into the e-guitar fiddling which opens "Gold to me" on Ben Harper and the Innocent Criminals' Live album. Even its rattle had more microdynamic gradation; not much so but enough to matter. Wherever the budget allows, the S60 upgrade is clearly sensible.

Enter madness. Some pockets are far deeper to easily emerge with three times as much. For most though, the Antipodes K50 flagship will simply be insanely expensive. My arm too raises. It was lovely then that I could risk an ear regardless. Proviso: I predominantly used the USB output but recommend to also experiment with all the other digital ports. I occasionally thought that the coaxial output had a tad more resolution but such results depend also on the receiver i.e. DAC, even the intermediate cable. I thus couldn't say whether a particular output of the K50 is superior. 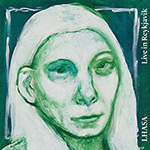 My first impression was simple. Damn it still got better! Making up for not being a millionaire, the delta of difference was simply smaller than my first jump had been from laptop to S30. And it couldn't be otherwise. Experience knows that the final few centimeters are costliest. The K50 is no exception to that rule. The question is, what was better? Those who have experience with different music servers or digital sources won't be surprised that detail discernment gained and in conjunction, microdynamic range but mostly, the believability of recorded space.

It only was mean how easily one could get used to the K50. Coming off my borrowed high horse to saddle either the Innuos Zenith or S30/S60 duo, everything softened up again to feel less direct, less palpably concrete, even muddier to pick a strong but descriptive word. The live cut "Con toda palabra" of Lhasa's Live in Reykjavik album had de Sela's voice simultaneously molten but rock-solidly focused whereas the other servers feathered out her edges to be less specific about where the lady was placed, exactly.

Relaxed but equally impressive were spatial gains particularly in the stage's far back and its outer edges. Never before had I experienced audience din and applause this strikingly realistic. I tend not to fancy live recordings too much. Audience noise doesn't really do it for me. With this insane machine alas, it all was pure win because the illusion of being there was plainly greater. What else did I hear? Decay trails behind sounds, instruments and noises gained in length. This didn't just factor on Lhasa's "Con toda palabra" but even stronger on Regina Spektor's "Poor little rich boy" from her Soviet Kitsch album. Throughout the track, she keeps working her chair with a drum stick. The trailing edges of these clacks dying in space felt nearly prematurely clipped off with the competition whilst the Antipodes K50 hung onto them to the very end. These small things were the final touches on sonic realism.