The last time I'd been similarly smitten with supreme treble finesse had been at this year's Norddeutsche Hifi Tagen, compliments of Lyravox's active Karlson with their diamond tweeter. Enormously clear and teased out, I'd harbored no doubt about its realism; until listening to the smoother Acapella. Now the speaker from the north suggested some subliminal crispness at least to my memory of it. Should a kind hifi fairy ask me to pick one of the two, I would —sorry Hamburg—choose the speaker from the city with Europe's largest land-locked harbor. 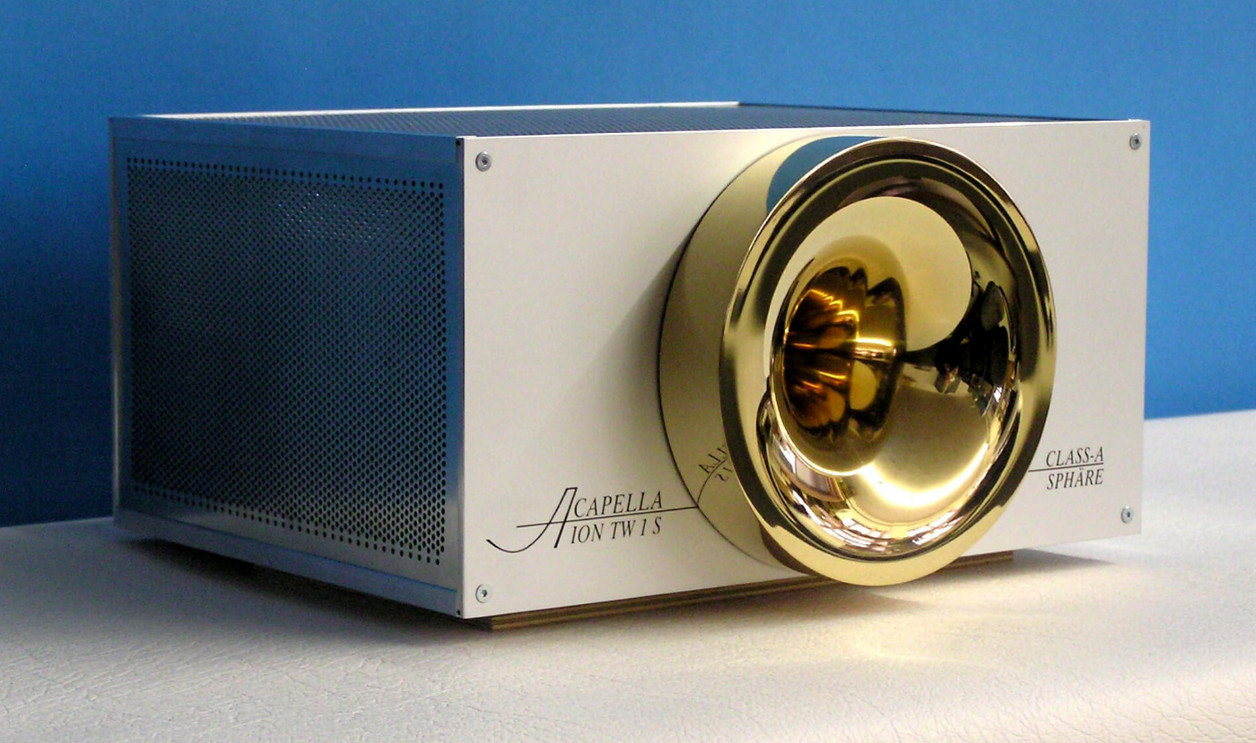 And it's true. Wherever horns participate on high, never mind plasma tweeters, the rest of the bandwidth is hard pressed to keep up. Acapella's own Violin predecessor wasn't entirely free of such continuity issues. The replacement is. Everything locks into a seamless whole as only very few speakers manage. Perhaps a Wilson Audio Sasha DAW or the smaller Zellaton Legacy might manage? And they don't use as conceptually disparate drivers as Cellini does. Nonetheless, this German manages to reproduce a complete concert-grand glissando without any audible transitions. What's more, eyes wide shut, I couldn't point them out as apparent sound sources. That too doesn't tend to be a strength of multi-way systems.

Casually lucid? In my review of AVM's big phono stage, I pointed out how lively and realistic David Manley managed to capture James Leary's acoustic upright on the direct-to-lacquer James II. Now I can confess that Acapella's High Cellini were co-responsible to let me hear that. From the growl of its strings to the woody sonority of the bass cavity and very lowest rumblings, nothing was amiss. Yet this attentiveness to detail wasn't limited to the bass. These speakers are micro-detail obsessed. If so desired and the recording permits, one could pick out individual players in a big orchestra – not that in real life that's possible to this extent. But it's easier with the King's Singers which alternate between solos and harmonies on "All of me" from their album Gold. When they sing together, the High Cellini with just a little concentration allowed to me clearly separate out these stunningly trained voices; further proof for such excellence precision work in converting electrical signal to acoustic energies.

And the Lord commanded, let there be space? Fronted by my familiar hardware, High Cellini not merely enlarged images a bit but scaled up stage depth in tandem. I could map studios and concert halls deeper and higher in my mind's eye than with my La Campanella. Width didn't change. Both hit their stops at my side walls, with their virtual stages beginning just slightly in front of the speakers. Full frontal projection for a virtual bath in sonic clouds isn't their thing.