Tonally fab? Whenever horns mix it up, questions arise as to any attending tonal colorations. In Cellini's case, the answer was zero. Take mezzo soprano Barbara Höfling on Robert Schumann's "Heiß mich nicht reden" [SACD Katzenberger Music Production 01]. Full boogie couldn't have been more natural. No ballooning of peaks, not even subliminal shout from the horn mouths, just pure energy without unrealistic hardness or nervy edge even on her very highest tones. Richard Rudolph would point at their large exponential horn curvature which in places exceeds 180°. That required advanced caculations to avoid acoustic breaks which otherwise would counter their advantages of tonal evenness. 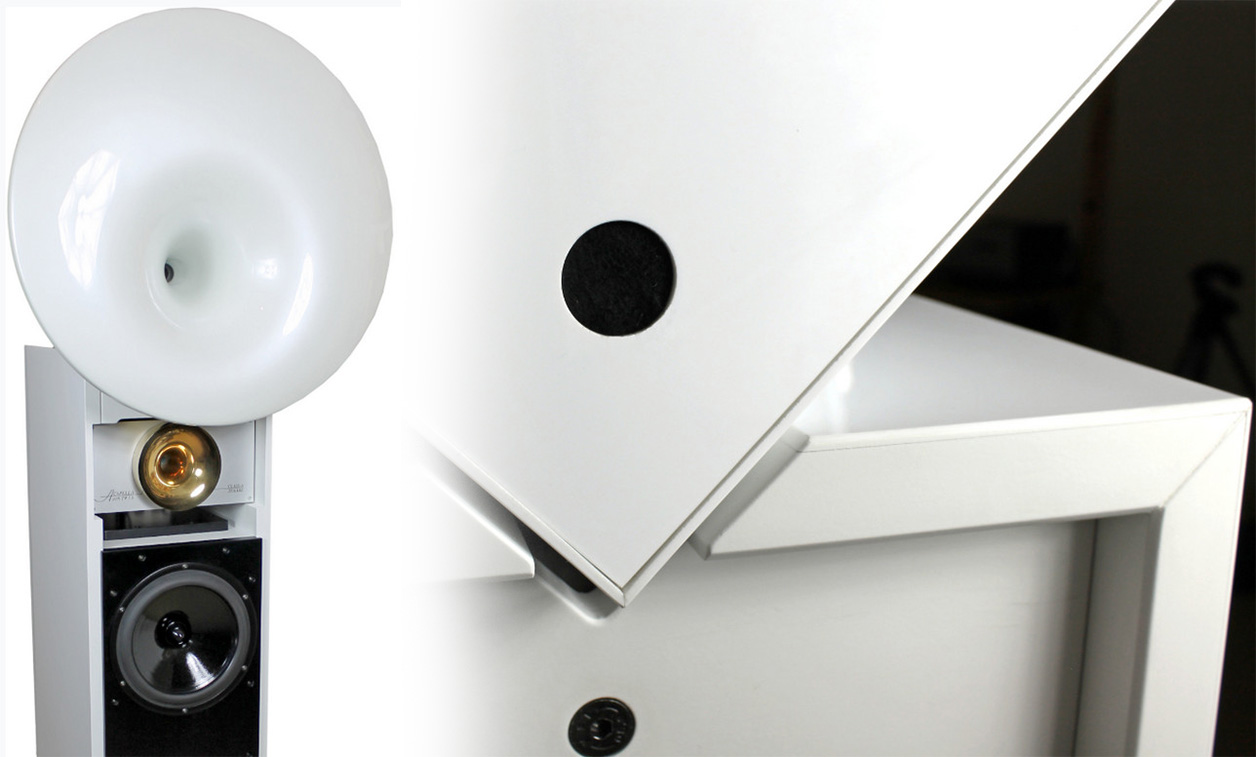 The tonal profile of High Cellini was neutral with only a tiny emphasis in the lower midrange just because. This particularly benefits an emotive baritone like Gregory Porter whose humid "Water under Bridges" from his Liquid Spirit album triggered the desired goose bumps. My €12'000/pt Geithain 902 with their studio DNA play equally non-distorted and correct but do lack this particular magic touch. It led to our breakup after a lengthy dalliance.

Bass wonder? From the start, High Cellini's bass surprised with its authority, having seemingly trained at the local MMA gym. Whilst the -3dB point of sealed boxes is always far higher than those of vented alignments, these 10-inchers had proper conviction and subterranean darkness beyond what the 4×15" Usher D2 managed with plenty of power and EQ. Alas, Usher's bass delay had been the price to pay which ended that liaison. Cellini meanwhile had no issues with either standing infrasonics like on Karl Seglem's "Solhaug" from Nordic Balm nor jackhammer slap bass à la Marcus Miller's Renaissance. Even more than sheer reach, precision and speed were stellar. That was true also when the hidden woofer was allowed to swing freely in passive radiator mode. The High Cellini didn't miss any beat precision regardless of tuning options.

Plasmatronic highs? Cellini renders cymbal bursts like no other speaker without ion tweeter possibly can. The uppermost octaves and enormous harmonic wealth which this zero-mass arc of light generates are the hammer. Present, quick and unbelievably finely structured, they allow any instrument—even mezzo sopranos—to celebrate realism without artifice. Such persuasiveness obviously harnesses the entire design and not just the Ion TW-1S. Just so, its contributions shouldn't be belittled!